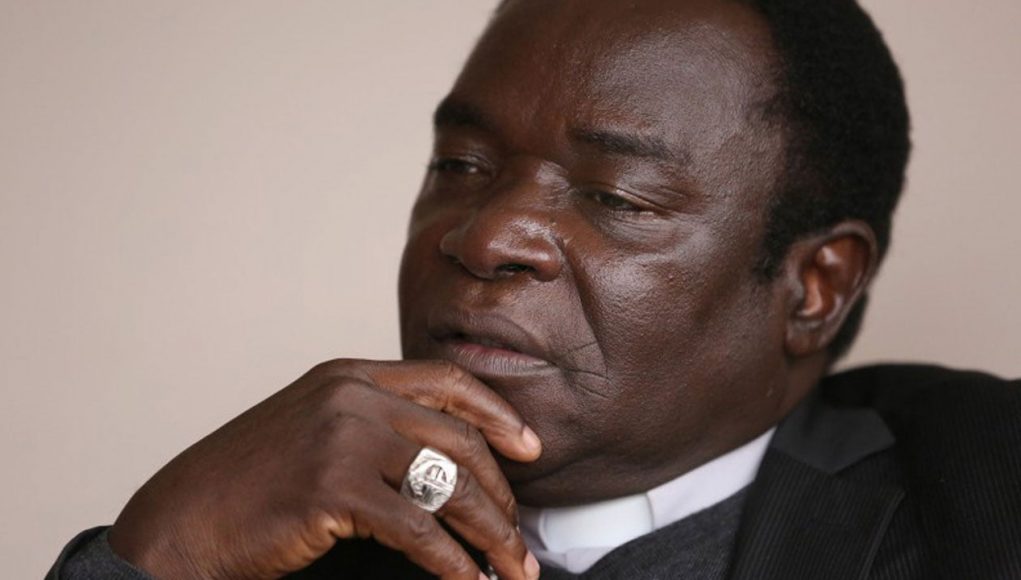 Bishop Matthew Kukah has been asked to resign from the General Abdul Salaam-led National Peace Committee.

Making the call is the Muslim Rights Concern (MURIC), in a statement signed and made available to DAILY POST by the director of the organization, Prof Ishaq Akintola.

Recall that Bishop Kukah of the Sokoto Archdiocese of the Catholic Church had in his Christmas message to Nigerians, bemoaned the nepotism which, according to him, has characterised the government of President Muhammadu Buhari.

The cleric claimed there could have been a coup or war in the country if a non-Nothern Muslim was the president in the last five years and did some of the things Buhari is doing.

MURIC said it believes that those comments by the cleric are inconsistent with his status, particularly as the secretary of Nigeria’s Peace Committee.

“How did such a belligerent combatant emerge as the secretary of Nigeria’s Peace Committee? What good can come from a man who is filled with hate and bias for a large section of the country?” MURIC’s statement asked.

“We demand that Kukah should honourably recuse himself from the Peace Committee. Failure to do so will have a devastating effect of discrediting that committee. It will mean that the committee was set up in the first place for a partisan purpose,” the group said.

According to MURIC, Muslims in Nigeria will no longer have any confidence in the committee, adding that the committee may as well be disbanded.

MURIC wondered why the committee had remained silent ever since the Bishop released the statement, adding that this may be interpreted to mean that the secretary is holding members of the committee to ransom.

MURIC called for the immediate review of the composition and operation of the Peace Committee.

We lost 5 VIPs in two weeks – Gov Lalong gives reasons for ‘another...