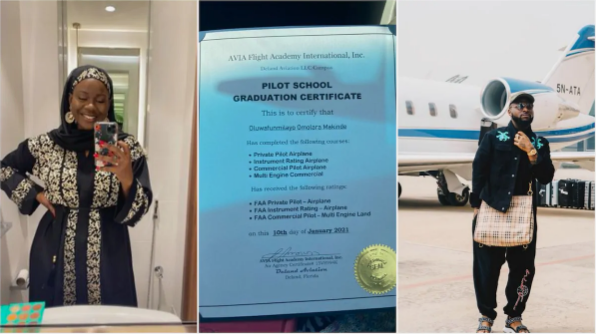 Oluwafumilayo Omolara Makinde, a 24-year-old Nigerian lady, has taken her chances by  throwing a long shot at popular Nigerian Singer Davido, asking to be his private pilot.

Omolara, on Monday, February 22, quoted a photo of Davido beside his jet. The father of three, in the caption of the photo, said he is off to have a better time with his clique.

In pitching her qualifications to the Holy Ground crooner, Omolara said that she has a commercial pilot licence in flying aeroplanes.

Omolara added that she would love to be employed to fly the jet behind him. The lady asked for the opportunity to meet the singer and speak further about her qualifications.