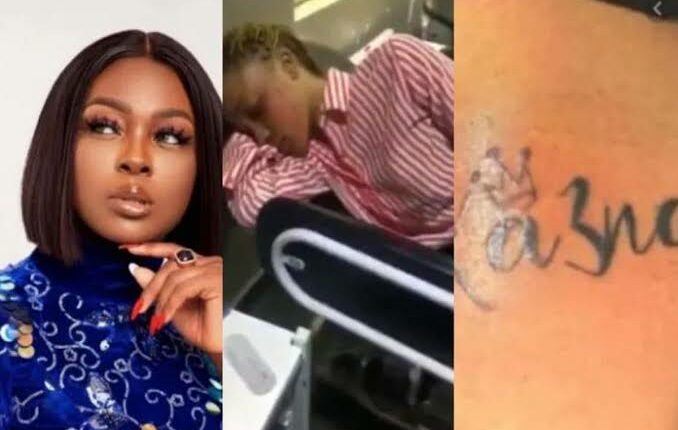 After being slammed and condemned by BBNaija Ka3na, for drawing a tattoo of her name on her body, an embattled fan has been reportedly hospitalized.

BBNaija Ka3na who initially tweeted that she wanted a fan to tattoo her name on their bodies hit back at a follower who did and the news spread like wildfire across the internet.

Various celebrities and users of social media responded to the development, blasting the reality star for her negative reaction toward the fan’s gesture.

New reports now has it that the fan has allegedly taken poison out of depression that was reportedly triggered by Ka3na’s condemnation, according to the update and a video shared by popular Instagram blog, Gistlover.

Watch the video below