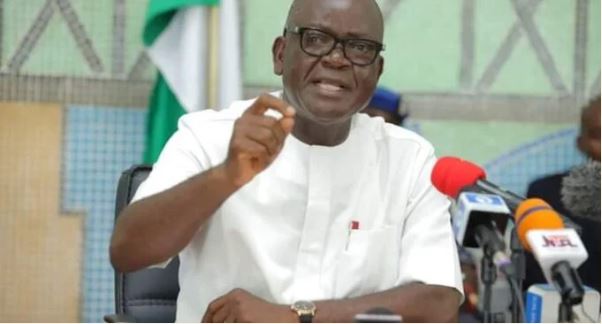 Samuel Ortom, governor of Benue, says armed herders carry guns that are more sophisticated than those provided to the police and operatives of the Department of State Services (DSS).

He said the federal government should treat Killer herdsmen in the same manner as members of the Eastern Security Network (ESN) and Indigenous People Of Biafra (IPOB).

Ortom spoke on Wednesday during an interview with BBC News Pidgin.

The governor bemoaned the “free movement” of armed foreign herders in the country, noting that the situation cannot occur in other African countries.

Ortom noted that it is injustice for the federal government to send security agencies after secessionist groups in the south, while armed herders are left alone to commit crimes.

“Why would they allow Fulanis from foreign lands to come into Nigeria and come and disturb? It is only in Nigeria that you do that. You can’t enter South Africa, Kenya and Ghana like that except you have the necessary documents,” Ortom said in Pidgin English.

“Why would they leave these Fulani people to carry Ak-47, Ak-49 and guns that are more sophisticated than those in the hands of soldiers? Even police and DSS do not carry such guns.”

The governor faulted the move to negotiate with bandits, adding that military action should be taken against them.

“The same way they are treating Kanu, IPOB and ESN, let them treat the Fulanis too like that. Why are they leaving Fulanis alone to carry arms? They should go after them. Any offence committed by Fulanis, they will call for negotiation and give them money,” he said.