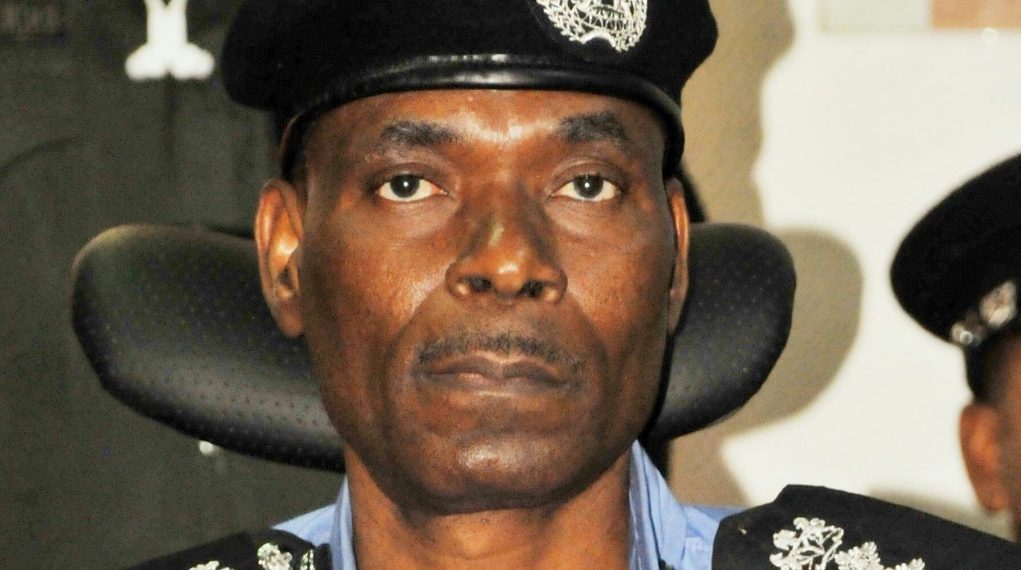 The Inspector-General of Police, Mohammed Adamu, has told the Federal High Court in Abuja that the law permits him to remain in office till either 2023 or 2024.

He said this in his court documents filed to counter a suit challenging the three-month extension granted him by President Muhammadu Buhari in February.

PREMIUM TIMES on Monday obtained the counter-affidavit and the notice of preliminary objection along with the accompanying documents filed by the IGP Mohammed Adamu through his lawyer, Alex Izinyon, a Senior Advocate of Nigeria.

IGP Mohammed Adamu attained the maximum 35 years in service on February 1, but got a three-month extension of his tenure by President Muhammadu Buhari on February 3.

PREMIUM TIMES reported that an Abuja-based lawyer, Maxwell Opara, filed a suit on the same February 3 to challenge the tenure extension.

‘My tenure didn’t lapse on February 1’

But Mohammed Adamu argued through his lawyer, in objection to the suit, that his tenure never lapsed on February 1.

IGP Mohammed Adamu argued that the new Nigeria Police Act gave him a four-year tenure which would only lapse in either 2023 or 2024.

One of his written addresses reads, in part, “Therefore based on our submission above, the combined effect of Sections 215 and 216 of the Constitution of the Federal Republic of Nigeria 1999 (as amended) and Section 7 of the Nigeria Police Act, 2020, is that the 2nd defendant can validly function as the Inspector General of Police atter midnight of February 1, 2021 in so far as he was a serving member of the Nigeria Police Force during the period of his appointment, as his tenure in office is specially regulated by Section 7(6) of the Nigeria Police Act which stipulates in unambiguous terms that upon his appointment he stays in office for four(4) years.

“Therefore, if the 2nd defendant’s tenure in office is calculated from January 15, 2019 when he was appointed into the office of the Inspector General of Police, his tenure lapse in 2023.

According to Mr Adamu, the IGP office is not governed by the general provisions applicable to the rest of the police force.

He said the provision of “section 18(8) of the Nigeria Police Act, 2020 which is that ‘Every police officer shall, on recruitment or appointment, serve in the Nigeria Police Force for a period of 35 years or until he attains the age of 60 years, whichever is earlier,’ is with due respect, inapplicable to the office of the Inspector General of Police in the circumstance.”

He argued that the effect of section 7(6) of the Nigeria Police Act, 2020 “is that immediately a person is appointed into the office of the Inspector-General of Police, a new legal regime is triggered off.”

He added that from the various provisions of the law, it was “discernible” that “the office of the Inspector-General of Police is conferred with a special status, unique and distinct from other officers of the Nigeria Police force.”

He insisted that the IGP upon appointment “is only accountable to the President of the Federal Republic of Nigeria and the Nigeria Police Council and this fact we submit makes his office a quasi-political office with a tenure of four (4) years pursuant to Section 7(6) of the Nigeria Police Act, 2020.”

‘Plaintiff not in a position to know’

Mr Adamu also argued through his lawyer that the plaintiff who deposed to the affidavit filed in support of the suit was “not directly in a position to know” if the IGP’s tenure had ended.

The lawyer argued that this was because Mr Opara, the plaintiff, “is clearly not a staff member of the 2nd defendant (IGP) and the Nigeria Police Force.”

The IGP also argued through Mr Izinyon, that President Buhari did not abdicate his duty by not immediately naming a new IGP on February 1.

Mr Adamu also argued in his suit that the suit by Mr Opara was not competent to be heard on merit.

He urged the court to dismiss the suit at t the preliminary stage on among other grounds that , the plaintiff “lacks the locus standi to institute this sunt.”

He also contended that the Federal High Court lacked jurisdiction to hear the suit since its subject matter is related “to employment and condition of service of the 2nd defendant.”

According to him, by virtue of section 254(c)(1) of the 1999 Constitution (as amended) only the National Industrial Court has the jurisdiction to hear the suit.

Mr Opara sought, among others, in his suit, an order directing Mr Adamu to stop functioning as the IGP.

He asked the court to hold that the failure of Mr Buhari and the Nigeria Police Council (NPC) to name a new IGP on February 1 when Mr Adamu was said to have completed his tenure amounted to abdication of duty.

He therefore urged the court to compel President Buhari and the NPC to immediately appoint a new IGP.

The plaintiffs sued the President, Mr Adamu, the Attorney-General of the Federation, and the NPC as the defendants.

PREMIUM TIMES could not confirm if others, aside Mr Adamu, had filed their response to the suit.