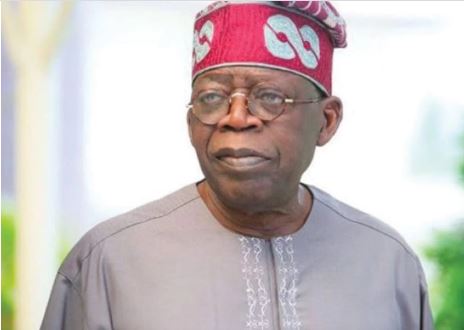 Bola Tinubu, the National Leader of the All Progressives Congress (APC), has said Nigeria’s economy remains weak despite exiting recession.

Tinubu stated on Saturday, while delivering a speech as the chairman of the 2021 Sardauna Memorial Lecture held in honour of one of Nigeria’s founding fathers, the late Sir, Ahmadu Bello, in Kaduna state.

The former Lagos State Governor noted although President Muhammadu Buhari’s administration has put buffers in place during the recession, the country’s economy has been hampered with “too much unemployment”.

“In the midst of our local challenges came the COVID-19 pandemic, with its debilitating impact on the global and domestic economies. Nigeria, like many other countries, has not been spared the impact of the pandemic.

“Commendably, however, President Muhammadu Buhari has been carefully steering the country through the pandemic such that the negative impact on us and the economy has not been as harsh as it might have been. The economy’s relapse into recession has ended but we must admit the economy remains weak with too much unemployment and resources left idle,” Tinubu said.

The National Bureau of Statistics (NBS) last month, said that Nigeria’s Gross Domestic Product (GDP) recorded a slight growth of 0.11% in the fourth quarter of 2020, indicating the country’s exit from recession.