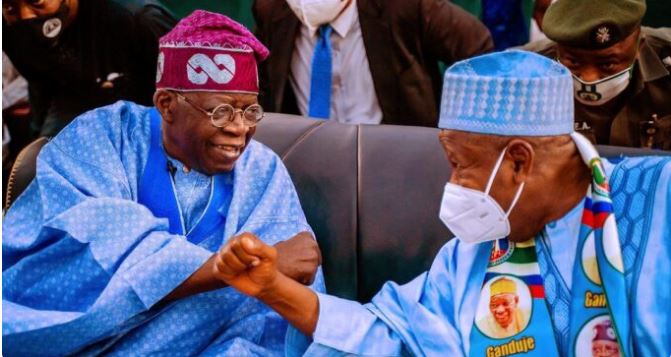 Wikipedia editors have locked the profile page showing details about the life of Bola Tinubu, a leader of the All Progressives Congress (APC), for “persistent vandalism”.

Tinubu celebrated his birthday on March 29, 2021, and as it is his custom, a colloquium was hosted to mark the day. According to his public records, Tinubu turned 69.

Many Nigerians believe he is older, and there have been numerous reports in the media that the Jagaban of Borgu is much older than he claims. There is an article online attributed to Yinka Odumakin, the spokesperson for Yoruba group known as Afenifere, which claims that Tinubu could not be as young as he claims.

In 2018, Odumakin wrote a three-part series titled “portrait of the tiger Ambode rode,” detailing his knowledge of  Tinubu. The three parts were published by the Vanguard, but the fourth part with questionable origin was shared across other blogs attributing strong claims to Odumakin.

Following doubts about Tinubu’s age, numerous accounts took to Wikipedia to edit Tinubu’s age from 69 to 79. When the tweet below was made, there had been at least 18 edits to the page.

As many tweets continued to go viral about Tinubu’s age, many attempts were made to correct the “error” on Wikipedia, leading to multiple conflicting edits.

TheCable followed the activities on the page and found that there were about 84 edits done on the page on Tinubu’s birthday and most of them were to alter or correct his age. 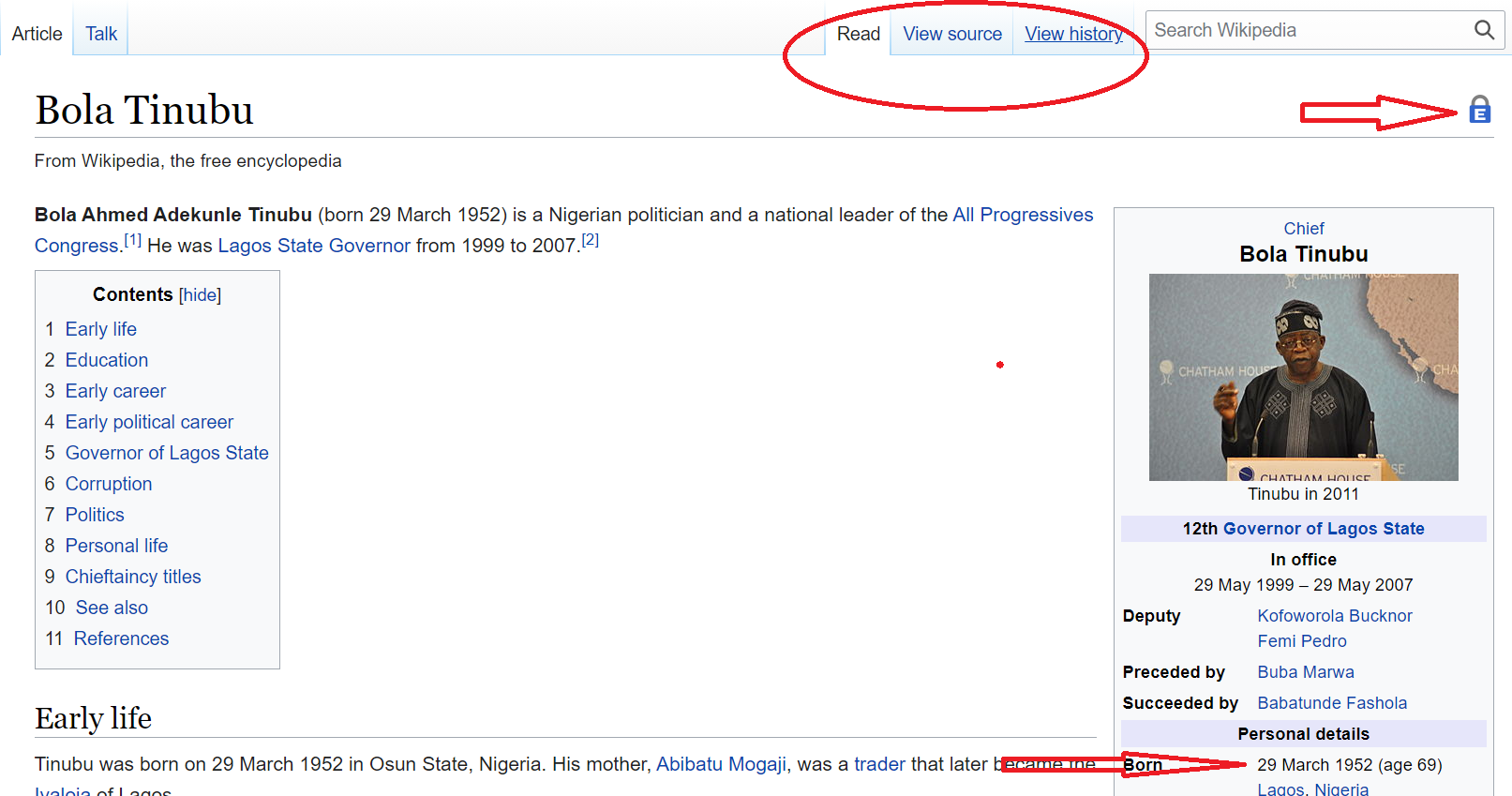 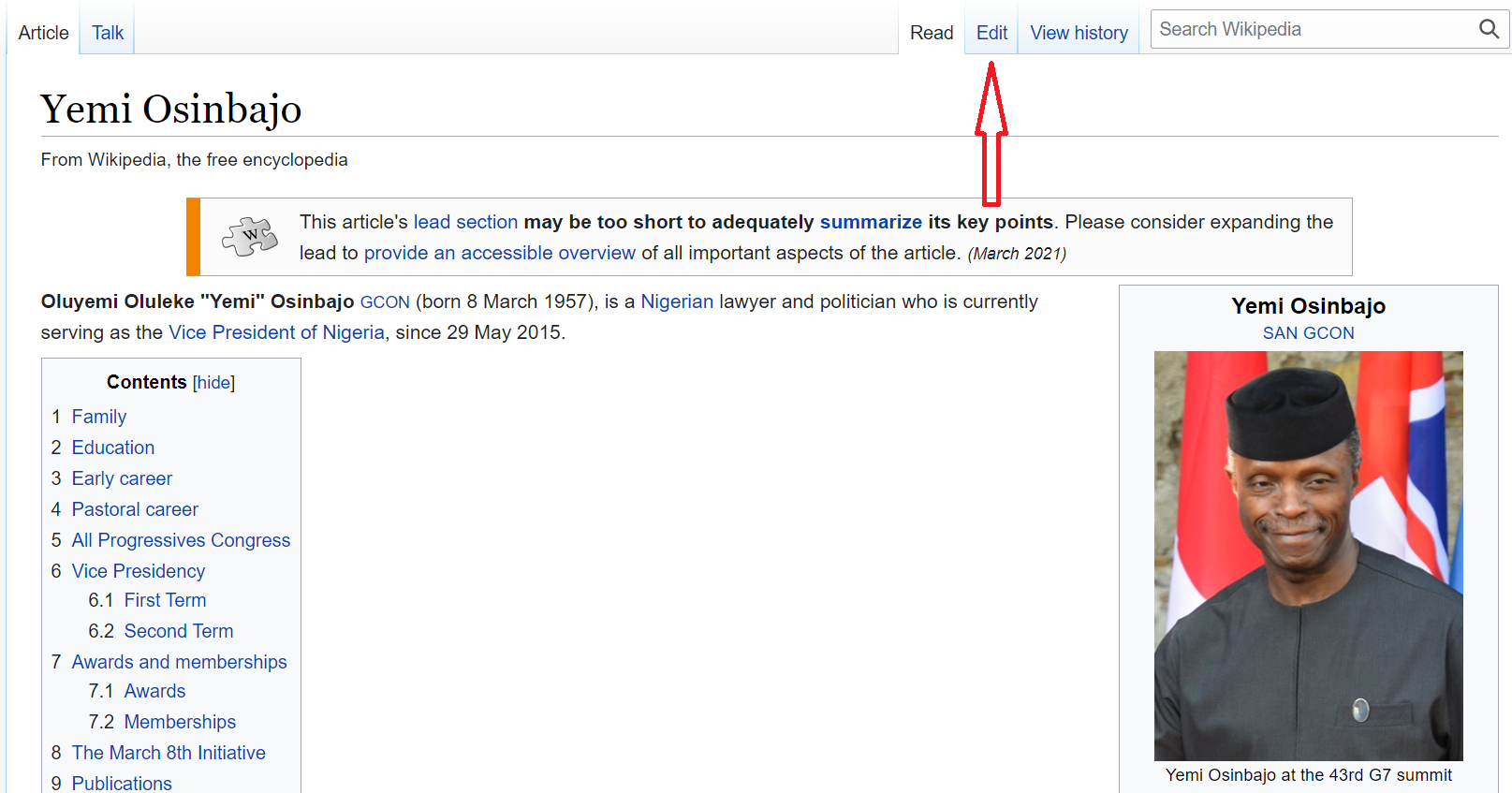 A typical Wikipedia page with the edit button

Following these multiple attempts to change Tinubu’s age on Wikipedia, some top editors working with the web platform stepped in to lock the page and make it impossible for the public to edit.

Based on the page history, the protection level on Tinubu’s page was raised by Girth Summit, a Scottish Wikipedia editor, who has worked on articles from more than 20 countries. Summit’s reason for blocking edit from the page is “persistent vandalism”.

Vandalism is not new to Wikipedia; many accounts have been vandalised over the years, leading the platform to have a dedicated page on what vandalism on Wikipedia entails and how it can be controlled.

Vandalism for Wikipedia is “editing (or other behavior) deliberately intended to obstruct or defeat the project’s purpose”.

Tinubu’s official age is known to be 69. No one has been able to conclusively prove otherwise. All speculations are within the limits of possibility.

However, for the purpose of this situation, we checked to see the people changing Tinubu’s age on Wikipedia from 69 to 79 or 79 to 69.

TheCable traced the IP address responsible for the first edit to a location in Lagos Island. The edit was done using the Airtel network. More information about the person can also be traced as the person in question did not mask his/her IP.

The next set of edits were done from the United Kingdom, Ireland, Saudi Arabia, and a few other countries around the world.

The last edit before Summit stepped in was done by an account that has now been blocked by Wikipedia.