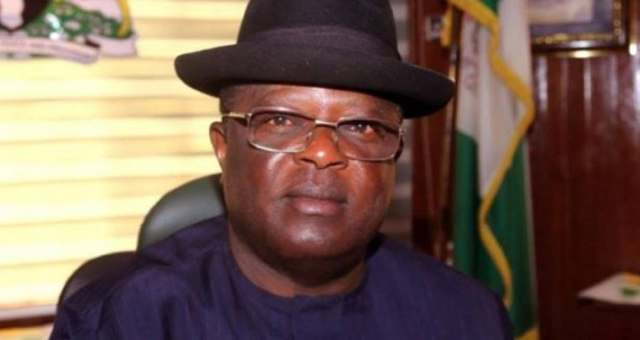 Governor Dave Umahi of Ebonyi State yesterday ordered the 13 local government council chairmen in the state to immediately form vigilante groups and ensure placement of crossbars at strategic locations across communities in the state.

The measures, according to the state government is meant to forestal futher breakdown of law and order in the affected communities and the state at large.

The governor gave the order against the backdrop of Monday’s attack of four communities in the state by herdsmen who killed at least 18 persons, including a Methodist priest, while several others were injured.

He spoke as a survivor narrated how how the herdersalso abducted some women in the communities who are yet to be found.

This is even as the Christian Association of Nigeria, CAN, and South-East caucus of the Senate yesterday called on the Inspector-General of Police, IGP, Mohammed Adamu, and heads of  other security agencies to quickly fish out those responsible for the carnage for prosecution.

Commissioner for Information and State Orientation, Barr. Orji Uchenna Orji, who disclosed this while briefing newsmen on the outcome of the State Executive Council meeting at old Government House, Abakaliki, said: “EXCO frowned very seriously on the killings at Egedegede Community in Ishielu Local Government Area. The governor had visited the scene yesterday and demanded justice for the victims from the security agencies.

“The LGA chairmen were directed to form local vigilantes and put cross-bars at strategic locations. EXCO directed that 100 Neighbourhood Watch per LGA be deployed to effectively police our various communities.

“EXCO noted the report on Effium/Ezza Effium and commended the efforts of government in establishing additional two mobile police units in the communities and providing additional 600 soldiers to the affected community.

“EXCO considered a report on the activities of the chairman of Ohaukwu Local Government Area and all elected/appointed officials from the Area. EXCO frowned at the actions and inactions of the elected and appointed public office holders which were responsible for the crisis in the area.

“EXCO recommended to Ebonyi State House of Assembly that all elected/appointed officials from Effium and Ezza Effium including the Councilors, the Council Chairman and the EBHA Member be suspended from office.

“EXCO approved N843m for the first Phase   of earth work and concreting of a section of the Airport taxi way (1.3Km section). EXCO further approved N117m for the internal partitioning at international market.”

One of the survivors of the attack, Comrade Okey Emmanuel, said the herdsmen abducted the women who were returning from the market on the day of the incident as they fled the affected communities.

“What happened here is a dark cloud that has befallen these communities. We are talking about the dead. An Anambra man also lost his life. Before now, he just buried his son. I counted up to 16 bodies and some are still in the bush.

“The number of corpses we cannot tell. The herdsmen had an ulterior motives. Their coordinator’s name is Rashidi. He said when they were leaving the community, he will make the community shed tears and I believe this is the tears.

“We are talking about the dead but there are some females who were coming back from the market and we don’t know their whereabouts now. That means they must have taken them away. I urge the government and local government chairman to handle this matter squarely.

“The herders are not happy because they were destroying crops and we sanctioned them. But now, they came back. Are they rating cows more than human beings?”

“I feel so bad that the security agencies couldn’t do anything and that was why they came to my place and burnt my car and killed our people. They killed up to 18 of us. We feel very sad.”

“It’s a big shock and we can’t think right. How do we know that strangers who left our place a year ago would suddenly come back and the next thing we are hearing is massacre.

“We have been living peacefully with these people only to wake up with these corpses as a gift. Personally, I counted 16 in number.”

The scene where the incident occurred is now a shadow of itself as corpses were seen being evacuated in a truck. Vanguard gathered that some corpses were already decomposing due to abandonment.

Reacting to the attack yesterday, senators from the South East said the masterminds of the act must not go unpunished like others before them.

In a statement by the chairman, South East Senate Caucus and former Deputy President of the Senate, Senator Ike Ekweremadu, the lawmakers described the killings as unfeeling.

The statement read: “This act is most unfeeling and gruesome and we condemn it in totality. But more importantly, this must not go unpunished like others before it.

“It is imperative to warn that the Nigerian state is fast delegitimising itself by its failure to discharge the primary purpose of government, which is security and welfare of the people, as clearly prescribed in Section 14 of the 1999 Constitution.

“The widespread killings and all manner of violent crimes across the country have continued to worsen because the perpetrators walk away with their crimes, never arrested or brought to book.

“Therefore, this is particularly a call on the Inspector-General of Police and the heads of security agencies to bring the perpetrators of the Ebonyi killings  to book expeditiously. To do otherwise will amount to further loss of government’s exclusive power of coercion to non-state actors and brigands, leaving citizens and constituent parts of the country with no option than to further resort to self-help.”

Killer herdsmen must face justice – CAN

Also reacting, the Christian Association of Nigeria, CAN, South-East zon,e said it was stricken with grief over the senseless murder of defenceless villagers.

Rising from a meeting, chairman of CAN in South-East, Bishop Goddy Okafor, in a communique, said they received with rude shock the level   of carnage in Ebonyi State, to the extent that human beings were slaughtered like chicken by persons whose identities were not hidden.

“We are indeed in deep grief that lives of innocent people were terminated in such a gruesome manner without any form of intervention from security agencies.We were yet to recover from a similar report from Uzo-Uwani Local Government Area of Enugu State.

“We are drenched in tears and sorrow and that is why we are demanding that the perpetrartors must be brought to book. We read in the media that Governor David Umahi of Ebonyi State said he knows those behind the dastardly act, so the government should go after them with every force of law to serve as a detterent to others.

“Wherever these people are, whoever they are, security agencies must fish them out and have them face the consequences of their actions. These two incidents must not be swept under the carpet like previous ones.”

CAN equally said the latest killings should serve as a wake up call to the South-East Governors as “it now appears that the zone is indeed under siege as no day passes by without one form of similar incident or the other.

“The governors should put politics aside and come up with collaborative strategies to safeguard the zone by check-mating the activities of these killer herders and bandits who are terrrorizing the South-East zone,’’ the statement read.

Meanwhile, an Onitsha-based rights group, the International Society for Civil Liberties and Rule of Law, Intersociety, has described as “crocodile tears,” the mourning of Governor Dave Umahi of Ebonyi State at the scene of violent attacks  at Ishielu Local Government Area of the state on Monday.

The group equally alleged that the governor signed away the territorial security of the people of the state in exchange for his second term in office.

In a statement signed by the chairman, Board of Trustees, Emeka Umeagbalasi and other principal officers of the group, the group also alleged that the lives of the Igbos had been endangered like never before under the reign of the governor as chairman of South-East Governors Forum.

The statement also described the present crop of governors in the South-East zone as the weakest in Nigeria, adding that they had laid the foundation for the destruction and enslavement of the Igbo nation.

The group equally alleged that over 700 violent herdsmen settlements abound in bushes, forests and farmlands across South-East, South-South and some parts of Middle Belt at present.

Reacting to the killings, the Indigenous People of Biafra, IPOB, accused security agencies of aiding and abetting murderous herdsmen to kill Biafran people of Ebonyi and Enugu states

IPOB Media and Publicity Secretary, Emma Powerful, said in a statement that IPOB and ESN were chasing criminal herdsmen in the whole of South-East and South-South and will spare no terrorists in the regions.

The statement read: “It is now clear and open to the public how Nigeria security agencies are aiding and abetting murderous terrorist herdsmen to kill our Biafran people in Ebonyi and Enugu States.

“Nigeria security agencies are giving them cover to attack the villagers in these two states because Nigeria Army and Police in uniforms are terrorists Nigerians and Nigeria as a country are suffering today.

“If Nigerians and communities wants to be free from terrorism, they must openly reject Nigeria security operatives in the country, they are all terrorists and working for terrorists.

“How can security agencies that are supposed to protect and secure innocent citizens will be providing cover for terrorists to attack people, that is what IPOB is talking about.

“IPOB and ESN are chasing Fulani terrorists herdsmen in the whole of South East and South South and we won’t spare terrorists when we get them.”