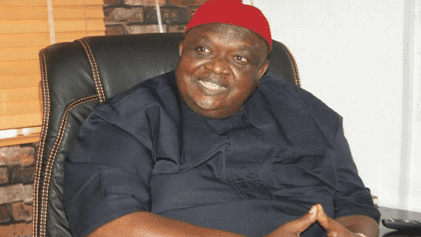 IN an apparent move to arrest and forestall future attacks, the apex socio-cultural organisation in Igboland, the Ohanaeze Ndigbo, on Thursday, said it would convene a meeting of Igbo leaders.

This was as Fulani Killer herdsmen, who attacked Egedegede, Obeagu and Nkaleha communities of Ebonyi State and some parts of Enugu State between Sunday and Monday nights, killing over 22 innocent citizens, threatened to launch fresh attacks on the areas.

Ohanaeze Ndigbo, which said attacks and killings in the land had assumed a disturbing and worrisome dimension, noted that it would no longer fold its hands and watch Igbo being killed with reckless abandon.

This was contained in a statement signed by the Chairman, Council of Elders, Ohanaeze Ndigbo, Chief Emmanuel Iwuanyanwu, a copy of which was obtained by one of our correspondents.

The statement read, “The elders of Igboland directed that the President-General of Ohanaeze Ndigbo, Prof. George Obiozor and the Chairman of South-East Governors’ Forum, His Excellency Engr. David Umahi, should call an immediate meeting of stakeholders, including the National Assembly.

“This meeting will deliberate on ways and means to protect Igbo people wherever they live. The meeting will also establish an emergency relief fund from where help can be given to people exposed to attack of terrorism anywhere in Igboland. We wish to say with pride that all through the history of Nigeria, Igbo are known to live in many places outside Igboland and they have never launched any attack against the lives and property of the people of that area.”

It added, “In Igbo culture of ‘Onye-aghala-nwanne-ya’, I want to make it clear to all and sundry that any attack on any Igbo soil is an attack on the entire Igboland. Igbo will never fold their hands and watch people invade them. I am constrained to sound this warning as the Chairman of Ohanaeze Ndigbo Council of Elders that we will no longer accept a situation where our people are invaded by terrorists.

“We will take every step to defend the lives and property of our people. We had earlier expressed our sympathy to our compatriots in other states in Nigeria such as Borno, Kaduna, Yobe, Sokoto, Taraba, Benue and Plateau where people have suffered similar invasion in the past.”

Meanwhile, the Ebonyi State Commissioner for Internal Security and Border Peace, Chief Stanley Okoro-Emegha, disclosed that Fulani herdsmen responsible for the attacks on three communities in the state had vowed to embark on a fresh onslaught.

Okoro-Emegha, in a telephone interview with one of our correspondents on Thursday, restated that though the perpetrators had fled the scenes of the ugly incident, the state government was not taking attackers’ latest threat with a wave of the hand.

He said the attackers made away with the phone of one of their victims, adding that with the line, “they picked our call and said they would come back for another attack.”

“The attackers took the phone of one their victims and that number has been ringing and someone picked it and said they are still coming back again for another attack and we are not taking it lightly. So, we are tracking those numbers and their locations.”

The Obeagu community in the Ishielu Local Government Area of Ebonyi State, on Thursday, accused the police and other security agencies in the state of conspiracy in the Fulani herdsmen’s attack on the community on Monday.

A breakdown of the death toll, according to communities, show that six among those killed were from Obeagu (Ebonyi State), five from Eha-Amufu Enugu State, five from Nkalaha, one from Amazu, two from Umuhali and one from Anambra State, but was residing in Nigercem, Nkalagu, Ebonyi State.

No fewer than 20 AK-47-wielding Fulani militias had on Monday evening ambushed and killed 20 young men between the ages 15 and 56 who were returning home from their businesses outside the community, including people from other states and communities passing through the community to their various destinations.

The Secretary General of Obeagu Progressive Union, Enugu branch, Mr Ede Nwa-Ede, who spoke with our correspondent after an emergency meeting of community, said that the Divisional Police Officer, Director of DSS and Commander, Nigerian Security and Civil Defence Corps in Ishielu Council Area of the state were all informed more than two hours before the herdsmen started their attack.

He said his people gave credible information that herdsmen carrying AK-47 were moving to Obeagu in their numbers and immediately called the DPO and Area Commander, Nkalagu Area Command, but they paid deaf ears.

Nwa-Ede alleged that the DPO, Ishielu and the Nkalagu Area Commander, of Ebonyi Police Command knew that the Fulani herdsmen were coming to attack the community and that was why they showed no interest when the incident was reported to them.

The community, however, queried why the DPO and Nkalagu Area Commander withdrew policemen that were always at the checkpoint along the road, where they collect toll from the motorcyclists every other day.

The community said the policemen were not available when herdsmen attacked a community along the road.

Meanwhile, the Obeagu community has released 14 names of those that were killed during the attacks.

The community said it was working to get the names of seven Enugu indigenes killed during the incident.

Reacting, the Indigenous People of Biafra said it had the premonition that a time would come when Fulani herdsmen would be unleashed on the people of the South-East and South-South.

IPOB frowned on the killing of innocent citizens by Fulani herdsmen in three communities of Ebonyi State and some parts of Enugu State on Sunday and Monday nights.

The IPOB Director of Media and Publicity, Emma Powerful, said in a statement on Thursday that those who wanted the proscription of the ESN should as a matter of urgency provide alternative security outfit for the zones.

The Defence Headquarters and the police did not respond to the allegations by IPOB.

The spokesmen for the Defence Headquarters, Brig. Gen. Bernard Onyeuko; the Army, Brig. Gen. Mohammed Yerima; and the police, Frank Mba, had yet to respond to calls and text messages seeking their reactions as of the time of filing this report.

In a related development, a former attorney-general and commissioner for Justice in Imo State, Chukwuma-Machukwu Ume (SAN), on Thursday condemned the killing of residents in four communities in Ishielu Local Government Area of Ebonyi State by suspected herdsmen, saying the government was “appearing helpless, inactive or unperturbed.”

According to him, if such killings could take place where there were security agencies, the government was not doing enough.

Ume in a statement he signed in his capacity as the Rapporteur of a Civil Rights Organisation and Victims of Persecution regretted the incessant mass attacks on innocent citizens in the country.