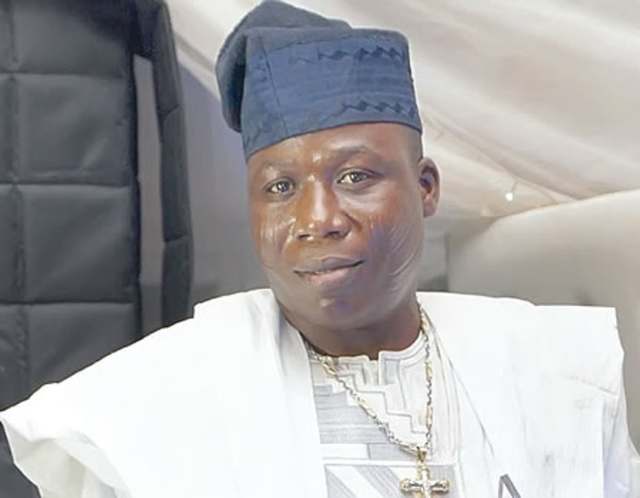 The fear of more regional activists in the mould of Sunday Igboho and Nnamdi Kanu rising up has been expressed, even as youths from the 17 states of the region have ordered all killer-herdsmen to vacate immediately or be ‘consumed.’

The youths who met in Umuahia, Abia State on the plank of Southern Nigeria Youth Assembly, SNYA , also asked the Federal Government to immediately halt all forms of harassment and intimidation of all agitators of self determination or brace up for the ‘madness’ of southern youths.

The Southern youth group specifically warned the Federal Government against touching Alhaji Asari Dokubo; Yoruba freedom fighter, Sunday Igboho; and the leader of the Indigenous Peoples of Biafra IPOB, Mazi Nnamdi Kanu, who they described as their proactive sons.

READ ALSO: Who listens to the North

According to them, any attempt to touch any leader of self-determination pro-groups will spell doom for the country as southern youths will no longer tolerate government’s hypocrisy over the escalating insecurity in Nigeria.

The group wondered why the security agents would be to weak to rein in the murderous herdsmen maiming and slaughtering indigenous southerners like fowls, but too curious and over zealous in arresting mere peaceful agitators of self-rule.

“It will no longer be business as usual over the activities of herders, under-development and unfair security treatment of the region”, the Southern youths thundered in a communiqué jointly signed by its Chairman, Comrade Alhassan Abidemi; and Secretary, Ukor Brown Ukor.

The SNYA asked the Federal Government to rise against Fulani herdsmen menace or the people will take their destiny in their hands.

The communique read in part: “All criminal herders must vacate our lands and return to wherever they are coming from because their acts are alien to the entire region.

“Our peace is sacrosanct and we are not ready to shortchange it for anything else. We cannot allow the region to degenerate into oblivion.

“The Federal Government must desist from intimidating good spirited agitators like Alhaji Asari, Igboho, Kanu and others who are going about their legitimate businesses and asking questions on behalf of the region.

“Any further intimidation may degenerate to a breakdown of law and order which is the last thing the region or authority needs”.

The youths who said they appreciate “the little effort the Federal Government led by President Buhari is making in this region” noted “we still insist that much is yet undone, considering that this region is the life-line of Nigeria’s economy.

The youths said that the continued existence of Nigeria as a united entity would not be at the cost of the peace of Southern region.

“It is worthy of note that we stand with Nigeria in her unity in diversity but will not shy away from calling/agitating for her division if these very simple agitations are not given attention.”

Other conditions given by the youths for Nigeria’s continuity as one country include: security of lives and property of all citizens, immediate infrastructural development of Southern region that produces the resources sustaining the country, and strict compliance with federal character in political as well as appointments and promotion of security officers.

The Southern youths group also warned the political elite from the South against sabotaging the interest of the region because of selfish interests.

They urged southern governors and political elite to emulate their northern counterparts and speak with one voice, placing regional interest above every other consideration.

According to the group, in-house fighting among the region’s political leaders has become a source of embarrassment to the region.

They gave feuding political elite from the zone one month ultimatum to resolve their differences or “they will hear from the youths.”

Earlier in his opening address, Leader of SNYA, Comrade Chinedu Chika, said the meeting became imperative in view of the worrisome security situation in the country particularly in the Southern region.

“We also came together to create a lasting bond that will be impregnable to enemies of the region”, he added.“Some of the delegates from all 17 Southern states include: Comrade Dotun Omolaye (vice president-South-West), Engr Njoku Moses (deputy president), Prince Datolu Sukubo (president), and Ukor Brown Ukor (secretary) among others.

Reacting to the ultimatum, Leader of the Pan-Yoruba socio-political organization, Afenifere Chief ,Ayo Adebanjo, said more Sunday Igbohos and Nnamdi Kanus will emerge if the Federal Government fails to do the needful.

His words: “These are the youths, we can’t stop them. We have always told them that they need to restructure but when you fail to do restructuring, you are encouraging the youths to be angry.

”I have said it in one of my interviews that there are only few Sunday Igbohos and if the killer herdsmen don’t stop, there will be more Sunday Igbohos and Nnamdi Kanus. That is why we are telling this government to save us these troubles.

”They should listen to those of us who have been calling for restructuring. They should allow regional autonomy but if they don’t do it (restructuring) we can’t control them (youths). That is why I said that I am not supporting secession but I don’t oppose it.‘‘

Elder statesman, Chief Emmanuel Iwuayanwu, yesterday warned killer herdsmen that Igbo elders would rise against them for killing their brothers and sisters in Igboland and in Ebonyi state.

Iwuayanwu spoke to newsmen in Owerri, when he was given ambassadorial award by the Nigeria Patriotic Youth Against Corruption and Transparency Initiative led by Godiya Bogoro.

According to Iwuayanwu, it is not acceptable that herdsmen come to Igboland and kill people and go like that.

Iwuayanwu said: “We heard that in Igboland and almost 30 people were killed and houses burnt in Ebonyi State, and we heard that they said that they are coming to Imo State. We, the leadership of Ohanaeze are meeting and to warn them on this plan.

“Youths must rise up and this is very bad. What is happening is very bad. We have said that the elders in Igboland want to remain in Nigeria, the best thing is to restructure this country, so that states can develop on their own pace.

”We can’t take it anymore where herdsmen come to our land and kill us in Igboland. We are meeting over it.”