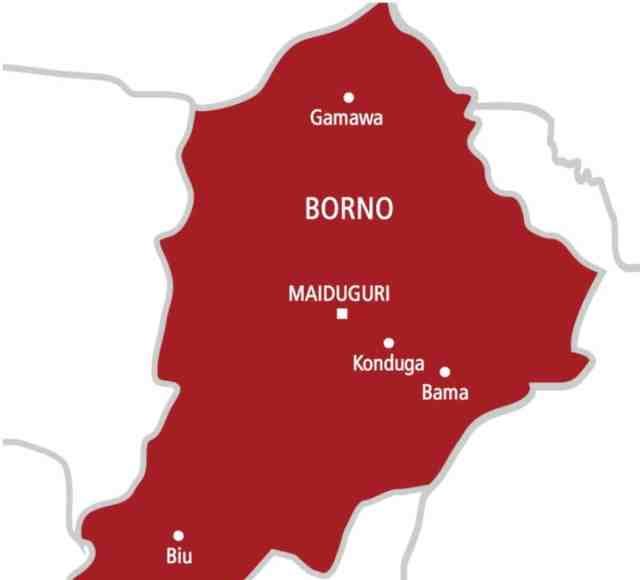 This time around, the armed insurgents razed down the Divisional Police Command, schools, shops and residential houses as they hoist their flags in strategic locations.

Last Sunday, a group of insurgents invaded Damasak and killed three soldiers, while 6 innocent civilians were killed by an airstrike while participating in a naming ceremony.

The insurgents also razed down most humanitarian hubs and facilities as they looted medical consumables at the General Hospital Damasak.

Damasak is a border community with the Niger Republic north and is about 180 km drive from Maiduguri, the state capital.

Confirming the latest Damasak attack and killings, the Chairman of Mobbar Local Government Area, Hon Mustapha Bunu Kolo told Vanguard that the latest attack was disturbing, as the remaining humanitarian hubs in the town were razed down, including Police Station, Market, shops and residential houses.

“Yes, there was another devastating Boko Haram attack in Damasak right now.

“Though I am not in Damasak, as I travelled out for official engagement, but based on the information at my disposal, the insurgents invaded the town since 5 pm and are still holding ground as at this time (10:40 pm).

” The insurgents have succeeded in razing down remaining humanitarian hubs, market, shops and an unspecified number of residential houses, as they detonated their Improvised Explosive Devices (IEDs) without confrontation.

“I was also informed that many people lost their lives in the attack, but I don’t have the actual number of casualties as the insurgents are still much around continue wreaking havoc on innocent civilians”. Kolo stated.

All efforts to get confirmation from the Police Public Relations Officer, DSP Edet Okon proved abortive at press time.