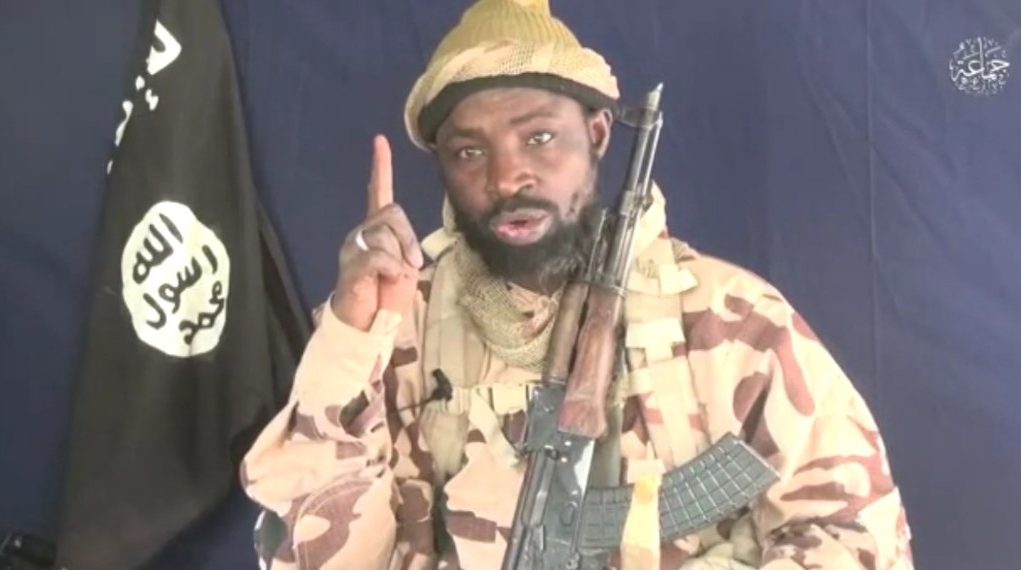 According to the news platform, the incident occurred on Wednesday evening following the invasion of the terror group’s stronghold in the Sambisa forest area by a column of Islamic State West Africa Province (ISWAP) fighters.

ISWAP, which had broken away from the Shekau-led Boko Haram faction in 2016 after pledging allegiance to the Islamic State (ISIS), raided the group’s hideout using multiple gun trucks.

Mr Shekau’s enclave was tracked down by ISWAP using its forces based in the Timbuktu Triangle. His fighters were killed in the process, followed by a long gunfire exchange between the invading group and Shekau’s bodyguards.

HumAngle gathered that after his bodyguards were subdued, Mr Shekau surrendered and engaged in an hours-long meeting with the ISWAP fighters.

During the parley, he was asked to voluntarily relinquish power and order his fighters in other areas to declare bai’a (allegiance) to ISWAP’s authority. They had expected Shekau to issue a statement.

Sources within the insurgency, however, said that Mr Shekau who secretly had a suicide vest on eventually blew himself up alongside everyone present during the negotiations.

The identities of the people within ISWAP’s leadership who lost their lives to the explosion remain unclear at this time.

Mr Shekau had been the leader of Boko Haram since 2009 following the death of the group’s founder, Mohammed Yusuf. He had been rumoured to have been killed at least four times between July 2009 and Aug. 2015.

In Aug. 2016, the Nigerian Air Force claimed he had been “fatally wounded” by military bombardments, but the terror group released a video only a month later showing he was alive and in good health.

The Sambisa forest area had been a stronghold of the Shekau-led Boko Haram group, also known as the Jamā’at Ahl as-Sunnah lid-Da’wah Wa’l-Jihād (JAS).

Although confrontation and skirmishes between the two rival factions (JAS and ISWAP) are common, the situation recently spiked to new levels.

The clashes, according to the monitoring of the group’s communications, followed attempts to advise Boko Haram about overusing takfir (non-believer) designations or doing so incorrectly.

Seizing Sambisa forest from JAS also holds the promise of offering increased protection to ISWAP fighters from military airstrikes, which its strongholds in the Lake Chad area are prone to.

The recent development comes on the tail of persistent ISWAP attacks on military bases and garrisons as well as events within the group that included the arrival of visitors and reemergence of Abu Musab Al-Barnawi (Habib Yusuf) as an interim leader.

Abu Musab, a son of Boko Haram founder Mohammed Yusuf, previously served as the group’s spokesperson. But he later joined a sub-group of fighters, including top lieutenant Mamman Nur, who broke away due to Shekau’s rigid methods and extreme position on takfir.

The breakaway faction, now known as ISWAP, moved into the Alagarno and Lake Chad Basin, dislodging or taking over Boko Haram assets in the areas and subsequently becoming the dominant terror group in the axis.

Clashes between both groups not uncommon

According to a study published by Brussels-based International Crisis Group, following their split five years ago, dozens of ISWAP fighters were killed in one such battle in July 2016, near Chukungudu, Nigeria, on the shores of Lake Chad. ISWAP survived, defeating several JAS subgroups and absorbing others.

The report added that, since then, fighting between the factions has reduced in intensity and the two groups reportedly reached a ceasefire agreement, which included a deal for JAS to free the families of ISWAP commanders that it had been holding since ISWAP broke away.

“Occasional clashes still occur, particularly when Mr Shekau’s raiders seek to rob and kidnap civilians in ISWAP-controlled areas on the Nigerien and Nigerian shores of Lake Chad, as well as in the Konduga local government area in Nigeria, and ISWAP units try to fend them off,” Crisis Group stated.

In February, Al Thabat, an al-Qaeda affiliated media outfit, revealed that a fierce ISWAP-Boko Haram battle took place in a border area between Nigeria and the Niger Republic, where ISWAP lost some of its fighters.

HumAngle understands that the battle occurred after ISWAP abducted dozens of women linked to Boko Haram. The group subsequently attacked the ISWAP base and rescued the women.

While it was unusual that the clashes were reported by a third-party terror group with no “presence” in the region, HumAngle has learned that another segment that broke off from ISWAP had set up an al-Qaeda position in the Lake Chad region.

ISWAP’s advance into the traditional Boko Haram enclaves is likely to increase security risks on roads and threats to garrison towns like Maiduguri and Konduga.

“Incidentally, if it keeps Sambisa, Alagarno and the Lake under its control, ISWAP can weigh decisively on all major access roads to Maiduguri,” said Crisis Group senior analyst Vincent Foucher in a tweet.

The dislodgement of Boko Haram could further create problems for the civilian population and security forces in the receiving locations, considering ISWAP’s different approach and increased capacities for warfare.