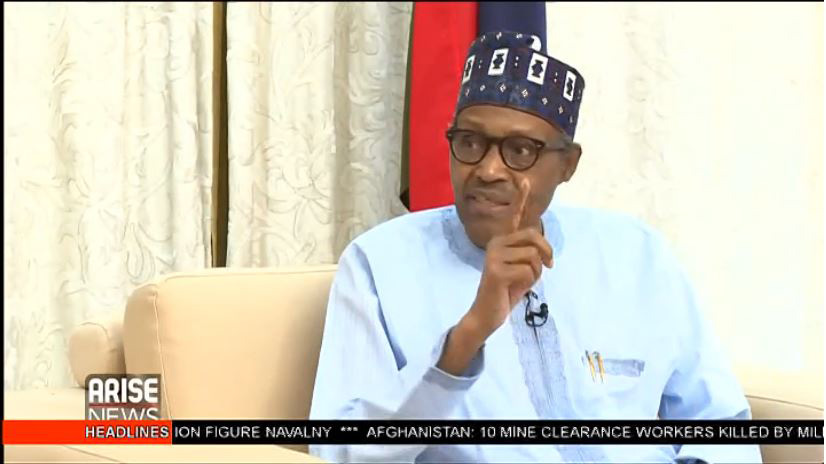 This past week has been an interesting one for me as writer of a column in a prominent national newspaper. I wrote two articles, titled, “Democracy or Democrazy?”, in which I wanted to know if what we practice here is actually democracy or something else masked in the form of democracy. I had finished it and was waiting for despatch to the appropriate department, when I decided to discuss the attitude and reactions of citizens we place in public offices. This was motivated by the reaction of the Interior Minister, Rauf Aregbeshola, to self-determination agitation in the South West part of Nigeria, his area of origin. He described the agitators as “foolish and Ignorant” people.

A minister describing some of the men involved in demands, who perhaps are better read and even more exposed than him as foolish and ignorant, given the context and general political climate that should be a development to attract special attention, if not for the perceived misgivings and misdirection embedded in it, but for convulsions such positioning can throw up in larger politics, governance and institutionalization of democratic principles in our society. The reaction coming almost at the same time the President told perpetrators of violence that he would response in “the language they understand.” It was about the same time Rivers State governor, Nyesom Wike, told citizens at a public event that they could be killed and buried without notice if they ran afoul of the law. Similarly, Governor Hope Uzodinma of Imo State promised to give hell to opposition parties making things difficult for him. These statements raised enough concern for any true lover of the country to stop and take a look at the trend, to ascertain what it could portend for the people.

I had concluded my review on this all important matter when I turned on the television and there on Arise Television was a promo that the channel would air an interview session with President Buhari, the first interview coming two after he commenced his second term of four years. For me, and I want to believe that for most Nigerians it was a golden moment, for the reason it has been very long since Nigerians saw the President engage the media in a direct question and answer session. Amid various kinds of speculations, some of them touching on health and nationality questions, including security, majority of Nigerians had eagerly looked forward to their leader talking to them live and in a very animated fashion so that they can gauge his alertness, and more importantly have direct overview of his thinking on major national developments.

I was elated and sure most Nigerians too who were opportune to tune in. It was this same reason that made it a priority matter for it to take this space this Sunday.  When the leader of a big society speaks, it has significance far beyond the ordinary because in the king›s word, there is power. The utterances of the king  changes things, sometimes even at the speed of light. Inside the words of the king are seeds of life and death too. Before I step into the nitty gritty of the President’s outing, the management of Arise TV should be commended for breaking through the cordon to get our taciturn leader to talk, even though it turned out to be a very poor show, it was still better than nothing; as we know, what we term sense or sensible is validated by the presence of nonsense.

This long overdue outing was intended to assuage and mitigate the vacuum created by long abdication of this cardinal responsibility to the led, who keep sovereignty but what ought to be a big show ended up achieving the opposite. We can begin from the team of interviewers:  though filled with very experienced hands, Dr Reuben Abati and Segun Adeniyi, and not downplaying the direct experience of Tundu, M.K.O Abiola’s daughter, who was among the team, every critical observer must have noticed they were not relaxed, there were enough signs to show they taken in by extraneous influences, part of which may have been deliberate efforts to stay within agreed limits. The posture greatly affected credibility of the entire outing.

There was this over cautious complex which came through very much in the questions and lack of follow ups, factors that ended up taking the shine away from what would have been a great and rewarding outing for the President, his team of handlers and the society. That opportunity got lost quite regrettably, leaving the President and the society worse off. Many who watched it ended up more baffled than they were before they watched the session.

Nothing of value that could help our society come of out of the present quagmire came out from the outing. Where things are normal and public officials are sincere and hooked up to noble intentions, influence as against manipulation, the outcome ought not to be what we got. Every presidential outing of this nature ought to infuse life into the greatest majority, inspire the people and society, put them ready to scale prevailing obstacles towards attaining new heights in quest for better society. We didn›t see these in the President Buhari’s last Thursday belated outing. It was so much motion and no movement. Very frustrating indeed!  Restructuring is a basic issue today but one was ashamed to see the President speak on it in the most casual manner devoid of scholarship or deep knowledge drawing from long experience in government; he told his audience he doesn’t understand what is meant by restructuring and then capped that with reference to autonomy for local governments as signposting restructuring. I heard that and didn’t know what to make of it. It should be the caliber of what we have at the apex. Disappointing? I don’t know!

President Buhari asserted he means well for the country. Action speaks louder than words. If this were true even the example he chose himself, the local government controversy is a good point to use to say the truth and illustrate classical nationalism by giving rich analysis and thereafter call for change. In the first place local governments were arbitrarily created with so many contradictions, he knows this much. So it is unhelpful to stop at wishing they had full autonomy in their operations. Truth is if we run federalism, it is very probable that the status of local governments might be different from what we have currently,thus aiding the financial waste. He talked about autonomy, forgetting the state-local government joint accounts and House of Assembly regulatory control of affairs at that level. All I got is that this federal government is not disposed to restructuring, those pursuing constitutional amendment may be on a time buying game.

On the vexed matter of security, we may have to live with a blood spilling approach and that will be because the President is stuck with the force option; he kept repeating «language they understand», a sentence he used against self-determination agitators which attracted widespread condemnation. This time he limited it to references to developments in the North West, in the process revealing a disingenuous effort to take away from fixated focus on the Igbos. He dwelt on foreign cattle rearers, cattle routes, local conflict resolution methods in the event of herders attack of local farmers, tacitly blamed the governors for dereliction of responsibilities but never condemned killings by herdsmen. Never mentioned.

Cattle routes in 21st century Nigeria? This looks out of sync definitely. Those who push along this line make him no threat to killer herdsmen and only the use of force, no word on constructive engagement, a clear indication we are into deeper mess in the months ahead. There is a veiled support for the rampaging terrorists masquerading as herders. This is to say the least very disappointing. The President prevaricated on merit, competence and national character provision in the constitution. For the security forces, asked why there could not be space for South easterners, he said it was about seniority.

Reminded that 29 Generals in the army will embark on forced retirement as a result of his choice for Chief of Army Staff, the President took a recourse to competence. He forgot there was a time a northern officer was uplifted and promoted for purposes of balancing.

Playing Janus has never helped any society and ours won›t be an exception. Already, the consequences of our misdeeds have caught up with us. President Buhari may pretend or overlook the fact of events around him. Yet, the truth will keep knocking on our doors. It is not sectarian agitations that will tear our society apart, rather hypocrisy and daredevil insensitivity of the leadership class is what will finish the process already started. A president who mouths unity refused to mention rotation of the presidency. “My party is registering members, the party will sit down look at the figures and decide.”

Words are pathways to the workings of a man’s mind and his motives. The All Progressives Congress is in for a northern presidential candidate. Someone will remember this day and I will say I told you.

The squeeze on Nigerians will get tighter. Politicians will decamp so they could find rest. What is not clear to me will be the amount of peace. As for shakings it will come in abundance, even those who think they are standing should be careful lest they stumble. I hope our president continues to speak to us much more regularly. Speaking is part of good governance; at any time, subjects should know the heartbeat of their leaders. More importantly is the fact that President Buhari needs to broaden his base of gathering opinion. From what I see he has become a hostage of core northern positions. It is not helping him neither is the posture of any advantage to the larger Nigerian society.