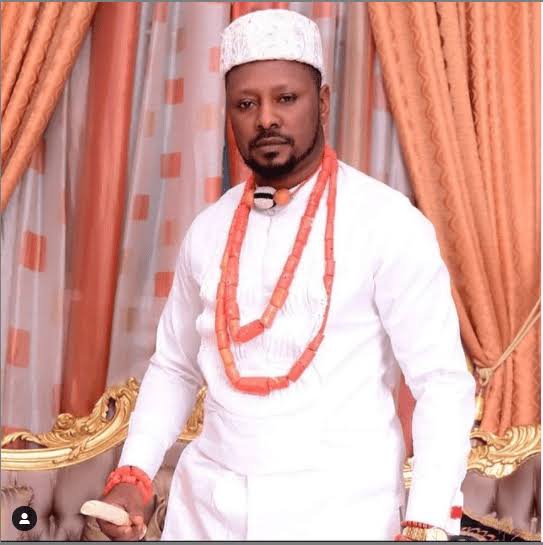 Delta State politician, Prince Kpokpogri, the ex-boyfriend to Nollywood actress Tonto Dikeh, has allegedly been arrested by the Department of State Services.

This was made known by Instagram blogger Gist lover alongside a petition to the commissioner of police stating Prince Kpokpogri is being investigated for alleged blackmail, extortion and obtaining private information by false pretence.

The blogger likened Prince Kpokpogri as a time bomb about to explode, and if released from the custody of DSS, numerous people will also arrest him.

“Kpokpogiri picked up by DSS some minutes ago, I go dey update Una as the matter take dey go, plenty offence dey the guy leg, from blackmailing politicians to threatening ladies with their nu*s. I Dey come, if them release am today, another person go pick am up tomorrow, them plenty wey wan face am now, Kpokpogiri is a time bomb still walking, about to explode. I come in peace.”