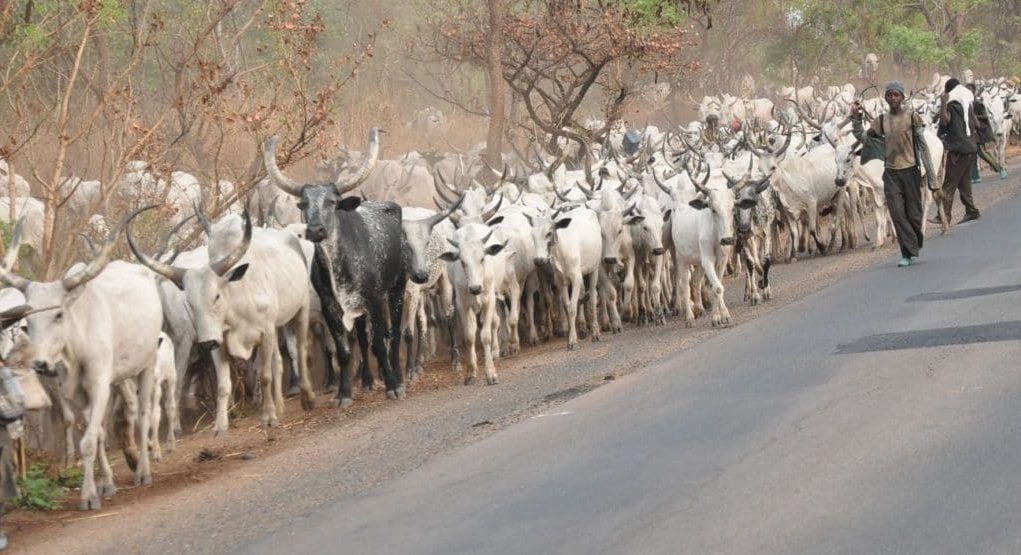 Weeks after the anti-open grazing law was passed into law in Ondo State, herders have continued to graze their cattle in some parts of the state.

The situation has become prevalent in Akoko part of the state as the herders flagrantly flout the law.

The latest was the attack by a raging cow which knocked off a commercial motorcyclist and his two passengers.

The incident which occured along the Afin-Okeagbe Akoko road was said to have left the okada rider and the two passengers seriously injured with the motorcycle destroyed beyond repair.

The incident occurred when one of the cows in the herd was said to have left others while grazing in the area to attack the victims.

According to sources, the herders took to their heels for fear of reprisal attack by residents of the axis.

One of the sources also stated that
the case was immediately reported to Amotekun Corps Officers within the locality who came to douse tension in the area.

Following the incident, the victims were immediately taken to a nearby hospital for medical attention.