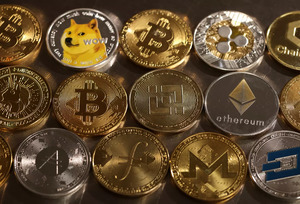 Lookonchain, an on-chain researcher, warned of ether selling pressure after a whale shifted substantial sums of the cryptocurrency to Binance.

What has been known?

• According to CoinDesk statistics, the native coin of Ethereum’s blockchain slid over 4% to $1,170.

• According to an investigation by on-chain researcher Lookonchain, a whale address transferred 73,224 ETH worth $85.67 million to Binance during the Asian hours.

• Investors who want to sell or use coins as leverage in derivatives trading often move coins to centralized exchanges. As a result, an increase in exchange inflows frequently prepares the way for increased price volatility.

• After observing the big inflow into Binance, Lookonchain tweeted, “Watch out for the selling pressure on ETH.”

• According to Lookonchain, the account that transferred over 73,000 ETH to Binance was the same one that took 84,131 ETH from Curve‘s committed ether (stETH)-ether liquidity group last week.

• After the whale transferred over 84,000 ETH from the Curve pool, the price of Lido’s staked-ether (stETH) token plummeted to 0.97 ETH. According to Dune Analytics, stETH was trading at 0.982 compared to the ether at the time of publication.

How does the whale movement affect cryptocurrency?
Whale movement is a signal that, based on the size, intensity, origin, and direction of the transaction, can have a massive impact on the value of a cryptocurrency. Ethereum whales are similar to other large asset holders in that their actions have a disproportionate influence on the Ethereum market, either through higher volatility, lower liquidity, or a combination of the two.