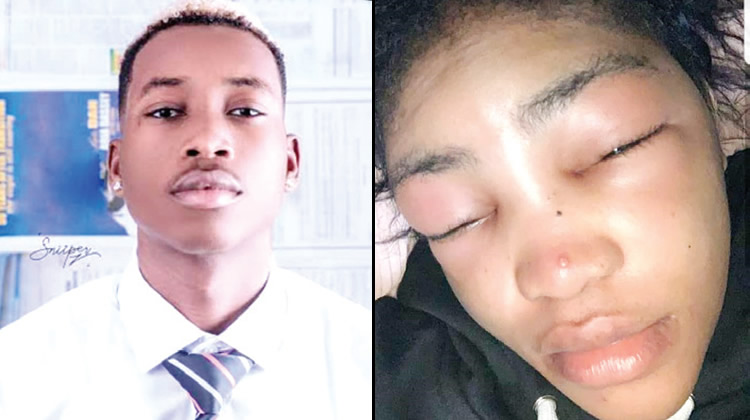 magistrate Adeola Olatunbosun of the Lagos State Magistrates’ Court in Yaba, on Tuesday, ordered the remand of an upcoming musical artiste, Sanni Wasiu, popularly known as Lilfrosh, in the Ikoyi Correctional Centre for allegedly assaulting his girlfriend, Okeoghene Iyomaterie.

Iyomaterie’s manager, Michael, had on October 5, 2020, on his Instagram page accused Lilfrosh of assaulting her.

Lilfrosh, however, denied the claim in an interview.

Our correspondent gathered that the 18-year-old Lilfrosh was invited by policemen at the Federal Criminal Investigation and Intelligence Department, Alagbon, on Thursday, February 4, 2021, for interrogation.

The victim, who noted that she had been friends with the musician since January 2020, alleged that anytime they disagreed, it had always resulted in violence.

She said, “He consistently slapped me on the face, kicked and pushed me on the other sensitive parts. The recent attack happened in September 2020 when he attacked me and rained blows on my head and I had bruises on my face.

“I partially lost my sight and had sleepless nights. He repeatedly boasted that since he is a well-known musician, he is untouchable.”

Lilfrosh was arraigned on one count of assault and pleaded not guilty to the charge.

The musician had no counsel to represent him in court.

Olatunbosun ordered his remand in the correctional facility and adjourned the matter till March 9, 2021.

24-Year-Old Nigerian Lady Begs Singer Davido To Employ Her As His Pilot, Shows Off...

Inside the Igangan abductions, killings that exposed Herdsmen crisis in Oyo State

A military torn between Boko Haram and COVID-19