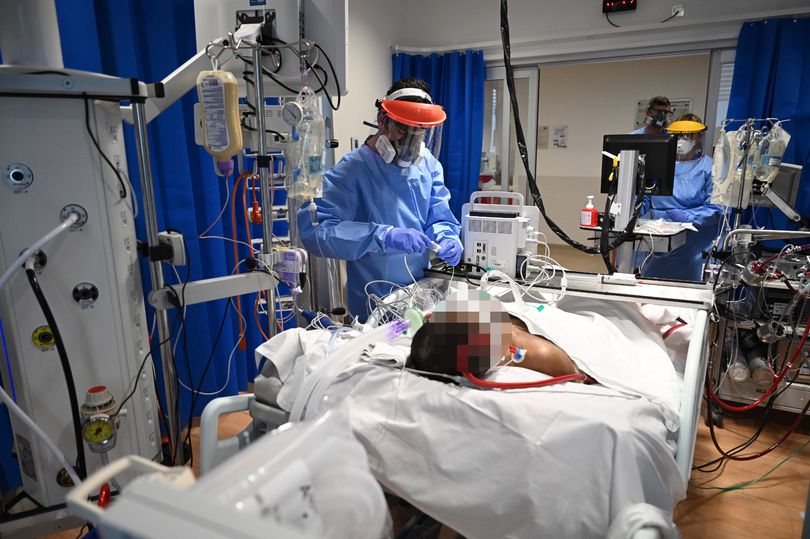 The organisation announced the discovery in data published this afternoon and it has now labelled the strain a ‘variant under investigation’.

It comes after worrying claims that vaccines may be less effective against the variant.

Despite these concerns, Public Health England insists there is no evidence it is faster spreading or more deadly than other strains.

It comes after researchers at the University of Edinburgh confirmed the B1525 variant, which was first detected in Nigeria, had been found in the UK.

“PHE is monitoring data about emerging variants very closely and where necessary public health interventions are being undertaken, such as extra testing and enhanced contact tracing.”

But Dr Simon Clarke, an associate professor of cellular microbiology at the University of Reading, warned the strain may be resistant to current vaccines.

The University of Edinburgh say 32 cases of the Nigerian strain had been identified in Britain.

Experts at the university revealed this new strain contains the E484K mutation to the spike protein.

This mutation has been found in the South Africa and Brazil variants – and is believed to help the disease evade the antibodies which beat it.

Dr Clarke told The Guardian: “We don’t yet know how well this [new] variant will spread, but if it is successful it can be presumed that immunity from any vaccine or previous infection will be blunted.

“I think that until we know more about these variants, any variants which carry E484K should be subject to surge testing as it seems to confer resistance to immunity, however that is generated.”

More than 100 cases of the B1525 variant have been found around the world, according to the University of Edinburgh team.

The first example was reportedly found in late December in Nigeria.

The country discovered 12 cases in 51 swabs, while the UK identified 33 infections from more than 70,600 swabs.

However, experts are confident the vaccine will protect people from serious illness and death.