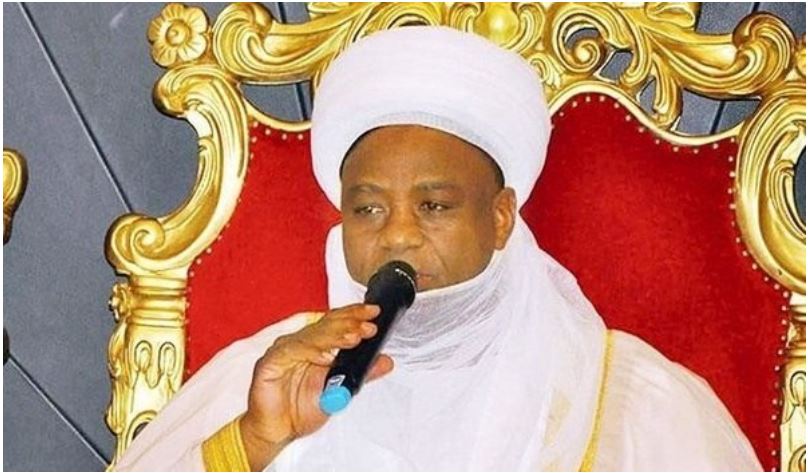 The Nigerian Supreme Council for Islamic Affairs (NSCIA) yesterday attacked the   Christian Association of Nigeria (CAN)  for opposing the nomination of  13 Northerners/ Muslims out of the  20  jurists listed as  Court of Appeal Justices.

The Sultan of Sokoto-led council also accused CAN of beating a  war drum over the introduction of hijab in mission schools in Ilorin,  Kwara State.

According to the group, the Christian body has not only shown morbid hatred for Islam and its adherents but always adopted scurrilous propaganda as a strategy of causing undue tension in the country.

The NSCIA expressed this position in a joint statement by its Acting Director of Administration, Prof. Salisu Shehu, and Deputy Secretary-General, Haruna  Usman-Ugwu.

CAN decline to respond to the attack last night but a top official said on condition of anonymity that the  Islamic group was insincere.

“They have hijacked all sensitive positions,’ the CAN official said.

The NSCIA  statement said: “CAN has proved, times without number, its morbid hatred for Islam and Muslims;  its remarkable capacity for destructive mischief;  its dexterous use of scurrilous propaganda and its predilection for always being economical with the truth as part of the sinister strategy for heating up the polity anytime a Muslim is at the helm of affairs.”

The Islamic group reiterated its earlier call on the Federal Government to urgently conduct a census of the workforce in the Ministries, Departments, and Agencies (MDAs) to reveal the states of origin and religious affiliations of their staff members.

NSCIA noted that although religion preaches love, honesty, sincerity, tolerance, good neighborliness, and kindness, among other virtues, CAN has succeeded in creating a Nigerian version of Christianity anchored on undisguised dishonesty, caustic insincerity, religious intolerance, perennial hostility, and outright wickedness.

It  wondered why CAN would claim  that 13 of the 20  shortlisted justices were  from the North and are Muslims  in spite  of the clarification by the President of the Court of Appeal, Justice Monica Dongban-Mensem, that the recommendation “was done without any preference for tribe, creed, or association.”

The body stated that by venting its spleen, CAN and its apologists ignored the fact that Muslims are a minority in the religious composition of the Appeal Court.

The group said:  “The unassailable truth is that Justices of the Court of Appeal (JCAs) are 70 but the North with 19 states has 34 while the South with 17 states has 36.

Hijab Crisis: NSCIA challenged by CAN

“The South thus has more JCAs than the North. Meanwhile, out of the 36 JCAs from the South West, Southeast and Southsouth, all the JCAs are Christians except for Justice Habeeb Adewale Abiru of Lagos State and Justice Mistura Bolaji-Yusuf of Oyo State.

But, a CAN official challenged the NSCIA to list those heading the judiciary, security, and the education sector.

He said that it was  clear that NSCIA was against Christianity going by the words it used to address the CAN leadership.

“Look at the language, they are using to talk to CAN leadership, and they will be begging us behind the scene that we should not be attacking ourselves in the media. Is that language decent?” the official asked.