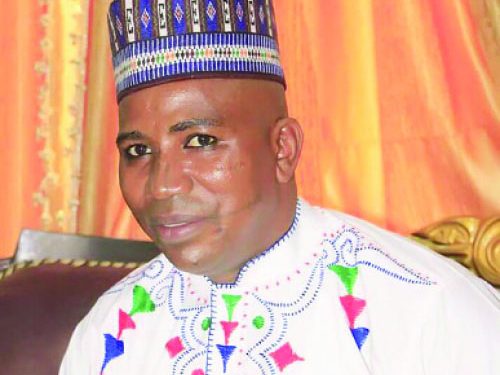 Alhaji Bello Bodejo is the President of Miyetti Allah Kautal Hore, a Fulani socio-cultural organization. In this interview, he registered his displeasure with the level of hatred his people have received from the Benue State government. Excerpts:

Benue governor, Samuel Ortom, openly accused your association of trying to assassinate him. Is the allegation true?

That allegation is unacceptable to us and we demand a thorough investigation to unravel the true situation. We have used all available media platforms to inform Nigerians that we were never behind the alleged attempted assassination of the governor, but he has continued to shout to the world that our people are behind the assassination attempt.

The governor alleged that you and your people held a meeting in Adamawa on that matter. Is it true?

Yes! We held meeting in Adamawa few days before that incident, but the meeting focused on how to change the bad image and perception of Fulani people in Nigeria. At the meeting, we encouraged them to do good to people so that our image across Nigeria can be redeemed. As leaders of the association,  we seriously sensitized our people on the need to be law abiding irrespective of the provocations. We want to make other tribes and ethnic groups to know our importance and know that we are not troublemakers, even though some bad ones among us are being corrected.

Did you discuss anything about Ortom during your meeting in Adamawa?

Like I said, our meeting focused on how to change the bad image and perception that people have about Fulani. The meeting had impressive representation from government, security agencies, traditional institutions and other stakeholders. After our meeting in Yola, Adamawa State, we set an agenda for our people on how to strengthen peace among themselves and other people. But we were surprised that shortly after our meeting on peace building in Adamawa, Benue governor, Ortom, who is presiding over a state with different tribes and ethnic groups alleged that our Adamawa meeting was to discuss how to destabilize his state and possibly assassinate him. That’s untrue and should be disregarded. He’s used to speaking against us, inciting his people against us, so we are surprised.

Why do you think he was doing that?

It has to do with us taking him to court over the anti-open grazing law which he signed in Benue State some years ago. That’s the only thing that joined us with the governor. The court case is still on and we are hopeful that the case will end in our favour.

Ortom’s allegations are weighty and it attracted the attention of the Federal Government to the point that a delegation was sent to Benue. What effort are you making to exonerate yourselves?

Ortom is obviously using his executive powers to oppress, harass and intimidate us. He has repeatedly displayed open hatred for our people and he has vowed not to allow us have peace and do our trade. We should be the ones accusing Ortom of trying to take us off the surface of the earth through his executive actions. He has chased us out of Benue State through the anti-open grazing law. His taskforce officials sieze our cattle arbitrarily, in the name of ban on open grazing. In the last three months, our people have spent N87 million as fine for open grazing and we have the receipts; N5, 000 fine is placed on each cattle arrested for open grazing. Our people are forced to sell cattles to bail the arrested ones. We are custodians of Fulani tradition. Not only that, we are to ensure that our people are living peacefully with their host communities. Our reason for going to court was to demand reversal of the anti-open grazing law in the state.

You recently said there’s no more Fulani in Benue State?

Yes! I can confirm to you that there’s no Fulani in Benue since the enactment of anti-open grazing law. Fulani people have left Benue to another location. All the Fulani that are being arrested in Benue State are passersby or the ones from border communities in Nasarawa and Taraba states or other states.

What are you doing to ensure that your people escape from the bad perception?

We are living in a country with law and order. Our people are being persecuted across the country through unfriendly legislations, physical and verbal attacks, and you can’t expect them to keep quiet. For instance, Benue governor has taken pleasure in inciting his people against us as can be seen in the kind of treatment we get from Benue people. Ortom has become a thorn in our flesh. He follows us everywhere and ensure that we are not found around Benue. He has championed propaganda against us and we will ensure he never succeeds. We will use all peaceful means to ensure we achieve the best possible outcome.

Are you taking steps to separate the criminals ones among you?

Since the coming of technological revolution that heralded the emergence of social media, Fulani has been verbally and physically attacked more than any other tribe in Nigeria. But anyone with good historical knowledge will know that Fulani people are the most peaceful people in Nigeria. It’s unfair to say that all Fulani people are criminals. This is not true. There are criminals in all ethnic groups in Nigeria, and that does not mean that all the people of the ethnic group are criminals. The best thing to do is to fish out the bad eggs in the society and punish them in accordance with the law instead of vilifying the entire ethnic group. We need government to do this because they have all it takes to do that.

Are you aware of any organization called Fulani Nationality Movement (FUNAM)?

FUNAM is not known to us. We have observed lately that anytime crime is committed in Benue State, the state government links it to an unknown Fulani group called FUNAM. That group is fake, doesn’t exist and not known to us. I have never heard about it except in the mouth of Benue State government officials. As they are being mentioned in the media, so I hear about them too. They are faceless and we have no relationship or link with the group as being claimed by the Benue governor. I challenged you journalists and security agents to go look for them, speak with their members and know more about them, if they ever existed.

Don’t you think that lack of cooperation with other Fulani groups was responsible for the poor results being achieved?

Cooperation with who? The group known to us is Miyetti Allah Cattle Breeders Association of Nigeria (MACBAN) which is the umbrella body of cattle breeders in Nigeria. Anybody can be a member of MACBAN, but not the same with our association. Anybody who is not Fulani cannot be our member. Note, we are not in competition with them because their agenda is not the same with ours.

You said FUNAM is only in Benue State, can’t carry a check on the group since your people are linked to it?

I can’t talk about an organization that is unknown to us. No member of our association ever told us anything about the group. None of our member even agreed to have known their operations. I suggest that you ask the Benue State government, maybe they will know better about the group. For us, the group is unknown to us, so, I don’t have information about them. Besides, it’s the government that controls the security apparatus, so should even give more information about the group. We don’t have such powers and equipment to confirm that. Besides, there’s no Fulani in Benue State who will even ask questions.

Are you alleging that Benue State government established the group to discredit your people?

That’s not far from the truth because It’s in his mouth that we started hearing FUNAM. People should ask why there’s no such group in other states other than Benue. Security agents should investigate the group to know their aims and objectives, as well as their membership.