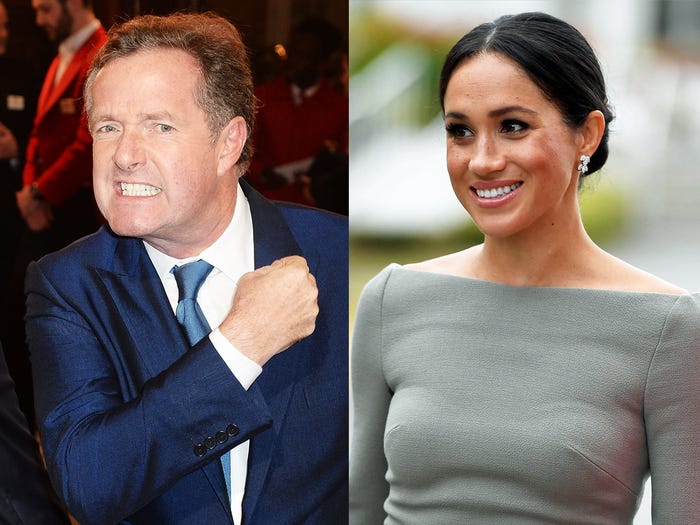 Controversial TV host Piers Morgan has asked Meghan Markle to reveal the names of the royals who rejected her requests for help after claiming she was suicidal.

Markle made the comments about her mental health during an interview with Oprah Winfrey that aired last month.

The 39-year-old wife of Prince Harry claimed she was suicidal and asked for help but she had been told by a royal that she would not be able to seek help as it “wouldn’t be good for the institution.”

Also in the Winfrey interview, the Duchess of Sussex said there had been conversations about their unborn son, what color his skin would be and “what that would mean or look like.”

Following the bombshell interview, Morgan said he “didn’t believe a word” Meghan said during a broadcast the day after the interview aired. 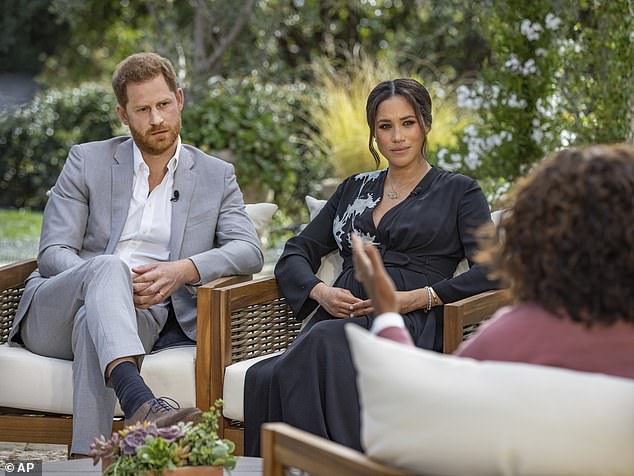 He got a lot of criticisms following his comments leading to his eventually demise from the Good Morning Britain show.

Speaking in an interview with Tucker Carlson that aired on Monday April 5, on Fox News, Morgan said; “You’re accusing two people in the palace of being unspeakably cruel simply to protect the brand of the Royal family, if that is true let’s have the names of these people and let’s go to them and ask them is this true,” Piers told Carlson.

“‘Did you tell a suicidal woman, who told you she was suicidal, not to get help?’ – because I find that impossible to believe.”

Prior to the interview, Morgan had promised that he would “go nuclear” in his “tell-all” to Fox News..

He added that Markle was “accusing the Queen and the Monarchy and the institution as being racist,” adding “that’s really what was going down here.”

Piers said that if the question was as “innocent” as somebody saying “given Meghan’s father is white, her mother’s black, what color would the baby be” that he believes this would be an “innocent question.”

However, he said that if it were “loaded with a sense of derogatory tone or concern, then it becomes racism.”

Speaking about Markle’s claims to Oprah that Archie was banned from being prince after royals questioned how “dark skinned” he would be, Piers blasted that this is “completely untrue.”

“It’s not just a sense of her lived experience being untrue, it is factually incorrect. That boy was never going to be a prince until Prince Charles, Harry’s father, becomes king on the death of the Queen.

“And that’s gonna happen whatever the skin color of Archie’s mother, that’s set-in-stone – it’s been the case for 100 years.”

Piers added: “So for Meghan Markle to try and create a story that says that the decision to not make Archie the title of prince was based on his skin color is a lie.”

Morgan then questioned whether Markle was “deliberately lying” or “completely delusional” before claiming that he does not care.

He added that Markle is claiming that the Queen is a racist.

“It’s not really about Meghan Markle -she’s a delusional duchess who wants to make millions off the royals while trashing family – It’s really about free speech.

“What happened to me is happening all over Britain and America – I can take it, but there are many people who don’t have our platform who are being wiped out, lives destroyed, careers ended for ridiculous things.”

Fox news host Tucker Carlson also asked Morgan how he felt when he heard his former colleague and friend Don Lemon call him a racist following his refusal to believe Meghan Markle’s interview.

Morgan replied: “I’ve seen Don Lemon at CNN – the guy who sits in my old office, who I thought was a friend – actually say on his show that I’d committed an act of racism.

“But disbelieving someone, that’s an act of racism?”

Watch the video below.