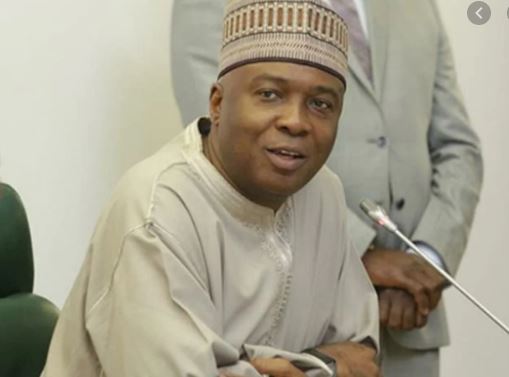 Even though he has not signified intention to contest, Saraki, who came third behind Sokoto State governor, Aminu Tambuwal, and former Vice President Atiku Abu­bakar (the eventual winner) in the 2018 presidential primary of the PDP is said to be nursing the amin Port Harcourt, Rivers State, bition to occupy the highest political office in the land in 2023. ­

In November 2020, Saraki, a former two-time governor of Kwara State, was appoint­ed as the chairman of the PDP’s Reconciliation and Strategy Committee with the main responsibilities of rec­onciling aggrieved members and wooing new members into its fold ahead of the 2023 general elections.

The efforts of the commit­tee, which crisscrossed the length and breadth of the country and held meetings with various stakeholders, paid off with successes re­corded in the just concluded zonal congresses, especially in the South-West where the two major gladiators, Gov­ernor Seyi Makinde of Oyo State and Ayo Fayose, imme­diate past governor of Ekiti State, embraced and pledged to work together for the suc­cess of the party.

This earned the Saraki-led committee praises from nota­ble stakeholders in the party, particularly from Chief Olabode George, a former deputy national chairman of the party.

However, tongues were set wagging early this week when campaign posters announc­ing Saraki’s presidential as­piration flooded the streets of Abuja.

Speaking with Daily Inde­pendent, some party members said Saraki shouldn’t contest as his position as the chair­man of the reconciliation committee had given him an edge over other likely aspi­rants in the race.

This was the opinion of a party chieftain from the North-Western state of Kano, who asked not to be named.

He said: “Yes, Saraki did a great job with the reconcilia­tion process but I believe he should be barred from con­testing for presidency in 2023.

“That position, which al­lowed him to meet with our party members across the country, has given him an edge over others and, to me, that is unfair.

“I am not the only person who holds this view in the party.”

Efforts made by Daily In­dependent to reach Alhaji Yu­suph Olaniyonu, Saraki’s me­dia aide, proved abortive as at the time of going to press.

However, a former federal lawmaker from Kwara State, who spoke on condition of anonymity, said the argument that Saraki could not contest based on his position as the reconciliation committee chairman was not valid as that was not part of the con­ditions given to him by the party leadership.

According to him, having served as a governor for two terms and Senate president, Saraki is eminently qualified to occupy the highest politi­cal office in the land if he so desires.

“That argument does not hold water because the party did not give him that condi­tion that being the chairman of the reconciliation commit­tee excluded him from seek­ing the PDP’s presidential ticket,” he said.

Going down memory lane, he said there was nothing wrong if Saraki benefitted from his efforts in putting the party in good shape ahead of the 2023 presidential election, as it was the case with Rich­ard Nixon, a former president of the United States.

He added: “If they claim his being chairman of the reconciliation committee would help his chances, there is nothing wrong in that be­cause you can only contest on a platform that is strong to win.

“Also, if you look at the story of former President Richard Nixon of the U.S., you will see that people appreciate those who sacrifice their time and resources in making their party stronger so as to win elections.

“He then contested the presidency in the 1960 elec­tions and lost to John Ken­nedy.

“He went back in 1962 to contest for the governorship of his state, California, and he lost again to Pat Brown of the Democratic Party, who was then the incumbent governor.

“After that, he shifted his attention to rebuilding the Republican Party. He would campaign for the party’s can­didates in all elections.

“He was a damn good cam­paigner and smooth talker. By 1968, the party leaders saw him as the Number One Re­publican and they gave him the party ticket.

“He defeated incumbent vice president, Hubert Hum­phrey, in the presidential election and went on to win pre-election in 1972.

“He was, however, forced to resign in 1974 due to the Watergate Scandal.

“So, if PDP leaders believe Saraki has done well to reposi­tion the PDP ahead of the 2023 presidential election and feel he has what it takes to get the party ticket, why not?”

Also speaking, a member of the party’s Board of Trust­ees (BoT), who also spoke off-record, said Saraki’s po­sition as reconciliation com­mittee chairman does not clash with his presidential ambition if he decides to run.

“How is he conflicted? He has a right to run. Is chairing a peace committee an elective party office?

“Those saying he is inel­igible to run because of his current role in the party are talking balderdash.

“In any case, in discussing peace, ambition is pushed behind. So, what are they saying? Individual ambition has never been on the card,” he said.

Speaking with Daily Inde­pendent, Kola Ologbondiyan, the PDP’s National Publicity Secretary, said it was too ear­ly for anyone to say whether someone was eligible or not to contest as the party was yet to decide where it would zone the presidential ticket to.

“How do they know if he (Saraki) is ineligible to con­test or not? The party is yet to decide where we will zone the presidency to.

“After that is done, that is when we can say whether somebody is eligible or not.”

Also reacting to Saraki’s campaign posters, he said: “On the issue of the cam­paign posters, we don’t know those behind it, though we have had cases in the past where posters were posted on behalf of people and pasted without the knowledge of the person they claim is contest­ing.”

“I think the media aide of the former Senate president has denounced the posters as the handiwork of mis­chief-makers.

“But as far as we are con­cerned in the party, our focus is on our off-season elections.

“We are concerned with engendering unity and peace among our members and leaders, and we are also con­cerned about reconciliation.

“These are the challeng­es before the party now and these are what we are work­ing on.”