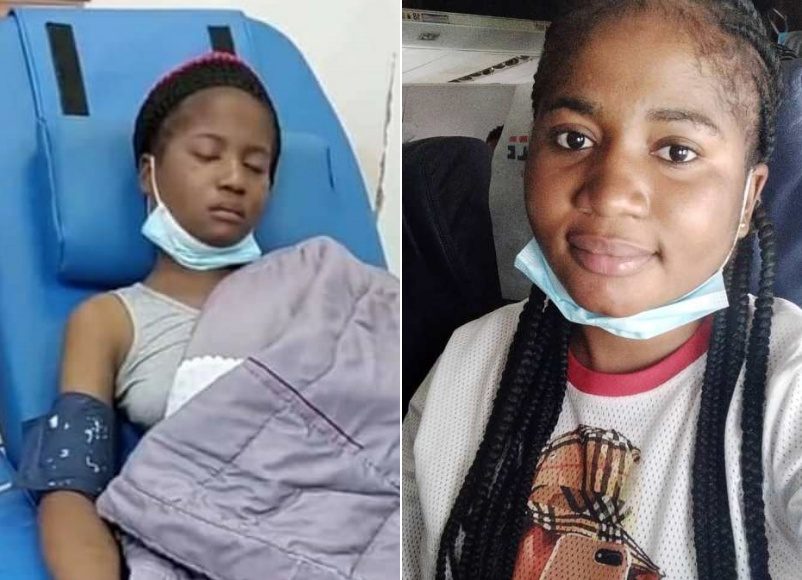 The 27-year-old Igbo comic act, who celebrated her birthday on Monday, April 19, on her sick bed, had been battling kidney failure and was recently in the news following her request for forgiveness from Prophet Odumeje and Nollywood actress Rita Edochie.

Although her family is yet to confirm the news but people close to her have taken to social media to announce that the popular social media influencer, died on this morning at Zenith Hospital where she was receiving treatment.

Ada’s woes started last year when she suffered an ailment that got her paralyzed and unable to speak after she came down with kidney problem and stroke which appear to have defiled all medical treatments in 2020.

While many prayed for her quick recovery, others advised her to go and ask for forgiveness as they claimed she has been abusive to pastors, native doctors and many notable people in most of her videos and that her sickness may not be ordinary.

Some of the notable people she had called out in some of her videos are; Popular native doctor, Chi Marine Temple, Prophet Chukwuemeka Odumeje, and popular Nollywood actress, Rita Edochie.

Ada had accused Odumeje of faking miracles, alleging that she and Rita has been helping to bring people to fake miracles for the prophet. She went further to accuse the actress of having an affair with Prophet Odumeje and that she is a lesbian.