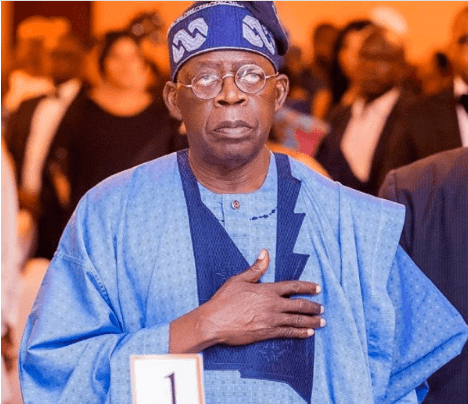 The national leader of the ruling All Progressive Congress (APC), Asiwaju Bola Tinubu, may be dragged to court over his rumoured presidential ambition.

Daily Trust reports that this was declared by the Disciples of Jagaban (DOJ), a support group loyal to the former governor of Lagos state, saying that it would not hesitate to sue him if he fails to declare for the 2023 presidency.

Legit.ng gathered that the DOJ is a merger of 12 political and socio-cultural groups working towards the actualisation of Tinubu’s 2023 presidency.

The national president of the group, Comrade Abdulhakeem Alawuje, described Tinubu as the most qualified politician to vie for the presidency in 2023.

He said if the APC leader fails to contest, a suit would be instituted to compel him to vie for the presidency.

Alawuje described Tinubu as the only trusted politician capable of building on the legacies of President Muhammadu Buhari.

It was reported that Idimogu said the political ambition of the ex-governor of Lagos should be supported across regions in the country, stressing that Tinubu has the experience and political sagacity to lead the country.

In a related report, Idimogu declared that the southeast is not ready to produce the next president because it remains divided politically.

The lawmaker urged the zone to align with the centre before it can stand a chance to vie for the 2023 presidency.

He made the comment at a rally organised by the Abundance United Movement (AUM), a political group in support of Asiwaju Bola Tinubu’s 2023 presidential ambition.

Meanwhile, Tinubu has denied distributing bags of rice in some states in northern Nigeria. Tinubu made the clarification in a statement signed by his spokesman, Tunde Rahman.

He, however, noted that several groups who identify with the former Lagos governor could have carried out the initiative as a show of support to Tinubu.