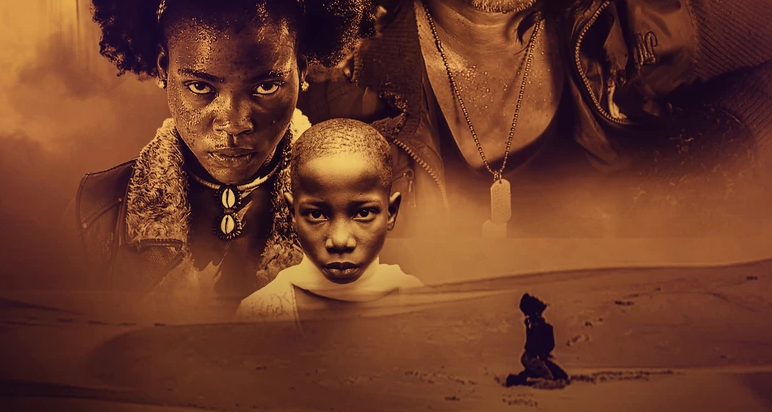 Emanuella has made her first International Film Debut in the Daniel Okoduwa and Mike Kang multiple award-winning action drama ‘Survive Or Die’.

Shot in Australia in 2018, the top comedienne appeared in the film as a guest star alongside its major cast including Hawa Barnes, Felino Dolloso, and Craig Bourke.

The child star has been making waves in the country since she hit limelight, and late last year built a house for her mother.

The young girl doesn’t seem to be slowing down anytime soon, as she hit another career milestone by featurin in the international movie.

‘Survive Or Die’ follows the story of Shade, a 16-year-old refugee whose escape from her war-torn African country lands her in a remote and uninhabited part of Australia. She must reach civilization whilst fighting for her life in the harsh terrain and from a hunter on a quest for revenge over the death of his son.

The film went on a two-year festival tour before its 2020 and 2021 release on Amazon Prime and YouTube respectively.

“1 million views in just a week!!!. The inclusion of Emmanuella Samuel in this movie may be the driving force behind these high views in just a few days ( based on the comments).”