Home News “Iyabo Ojo is a clout chaser and a hypocrite” – Netizens mock... 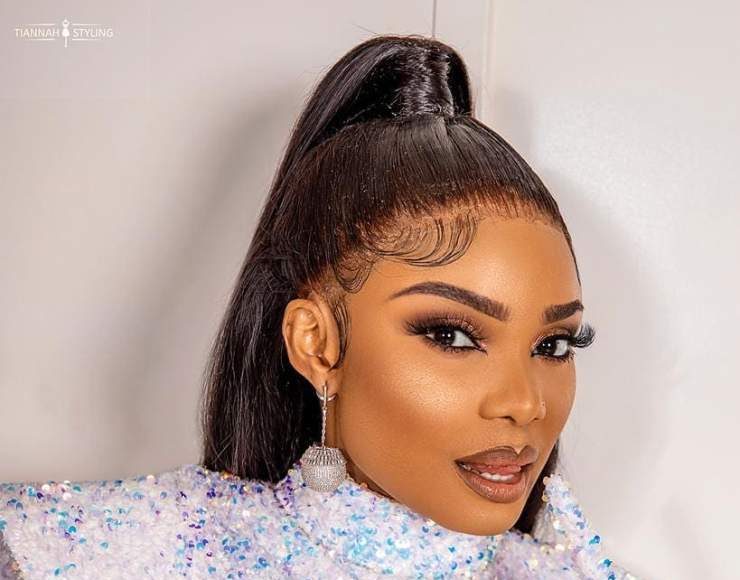 Nollywood actress, Iyabo Ojo has been dragged to the mud and accused of being a clout chaser and a hypocrite by some social media users pertaining to the rape case on Baba Ijesha. 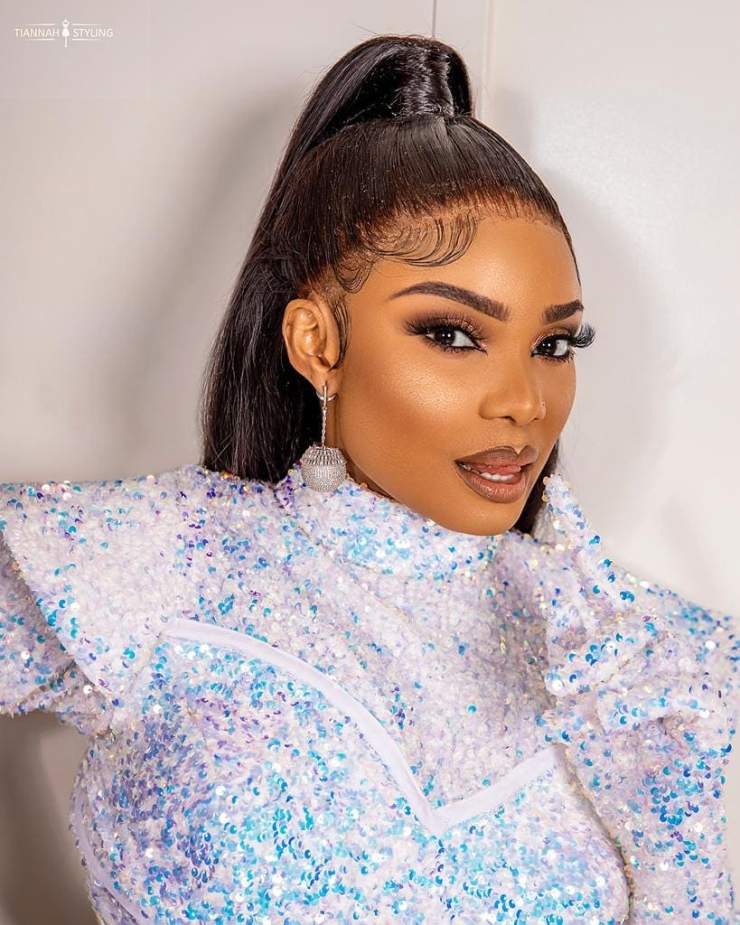 This is coming after the police granted the Nollywood actor, Olanrewaju James, popularly known as Baba Ijesha a bail.

Baba Ijesha was accused of raping a minor and Iyabo Ojo has been campaigning for his detention.

However, as the news of his release broke out, Iyabo Ojo has been trending on Twitter and accused of clout chasing.

Here’s what a social media tweeted,

“That Iyabo Ojo is just a clout chaser and a hypocrite. I think she had a personal vendetta against Baba Ijesha. For one, I’m quite pleased that Baba Ijesha was granted bail. It took the intelligence of people like Yomi Fabiyi”.

Check out other reactions: 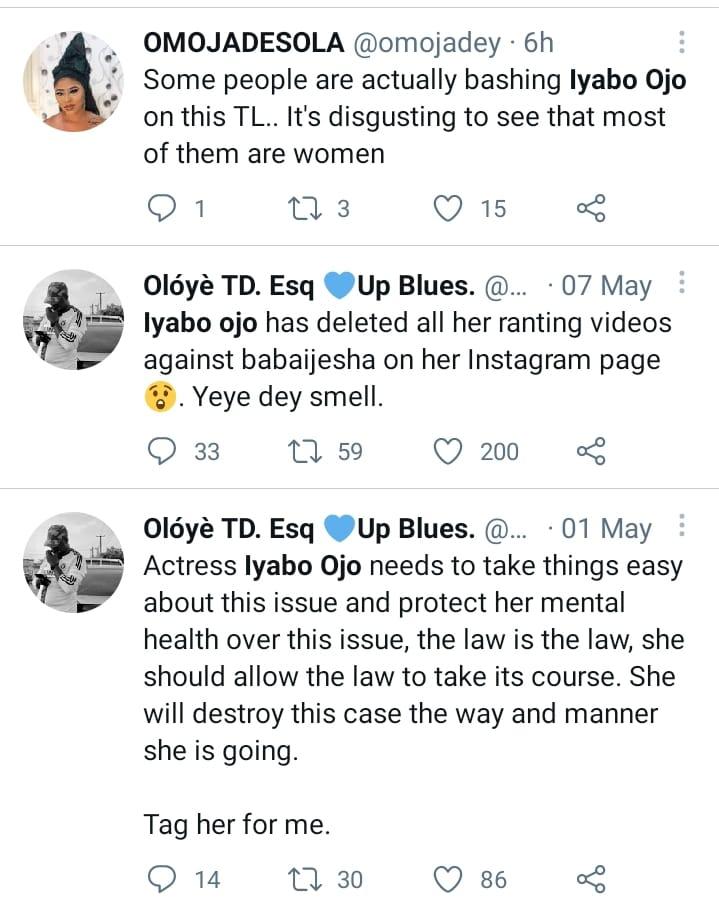 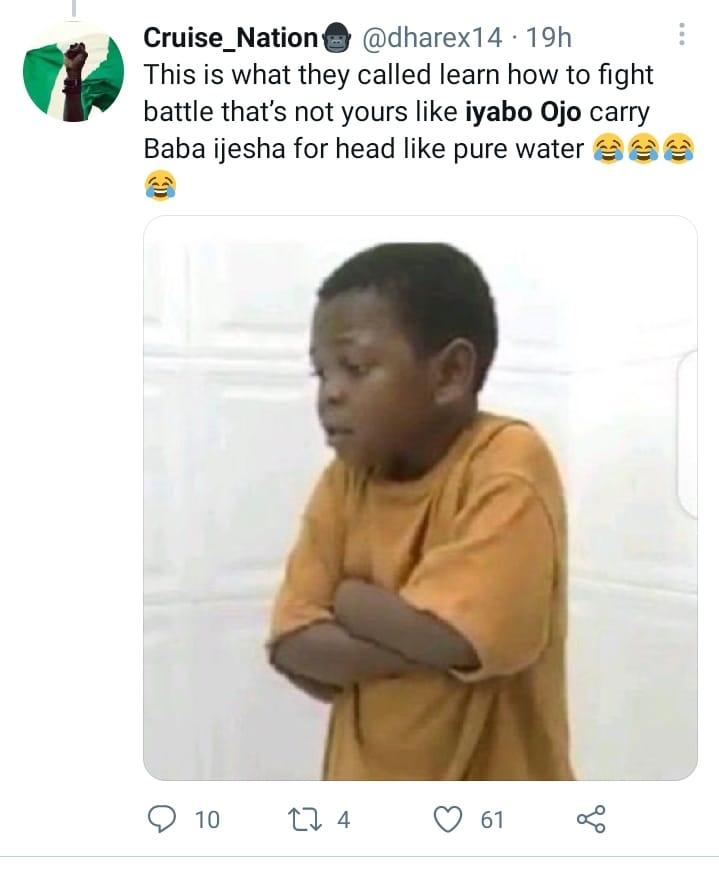 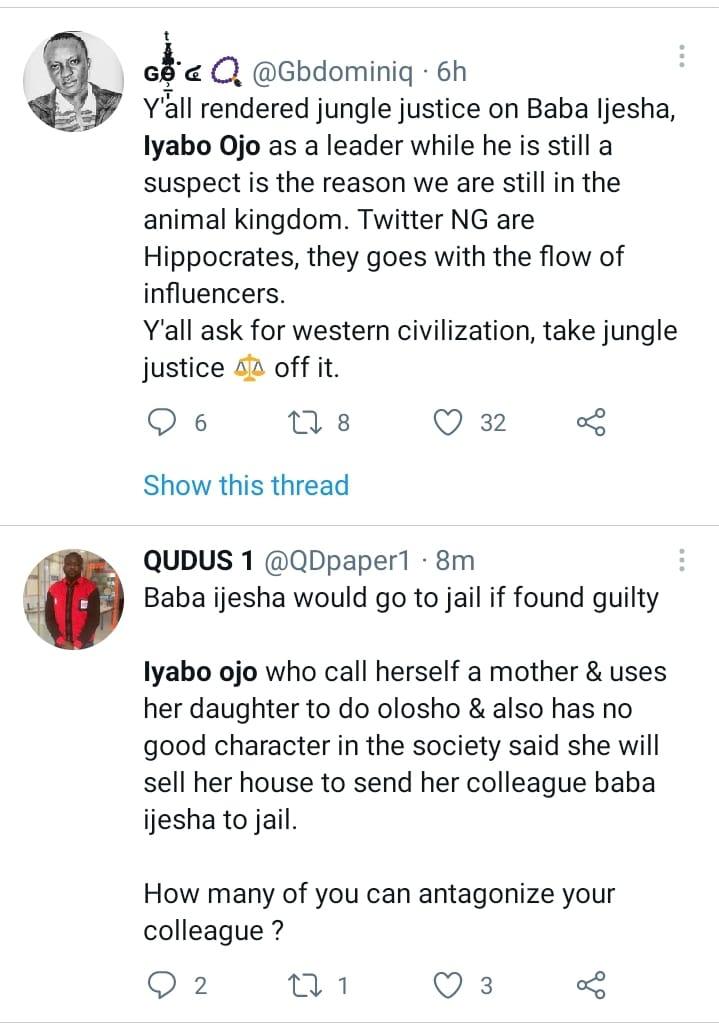