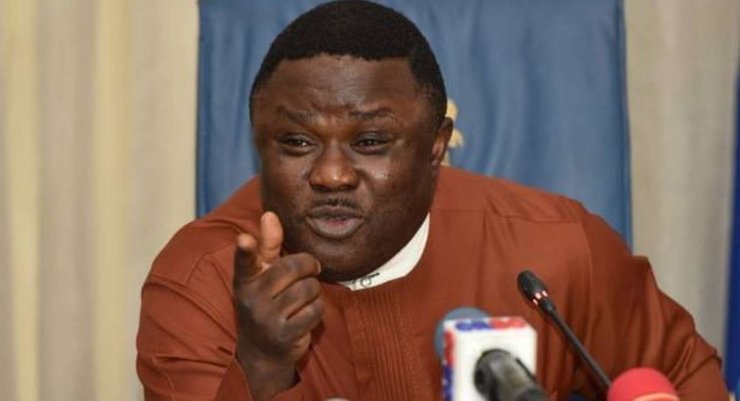 Governor Ayade of Cross River state on Thursday, May 20, declared that more governors elected on the platform of the Peoples Democratic Party (PDP) would leave the opposition party for the All Progressives Congress (APC).

Legit.ng reports that the governor who announced his defection from the PDP to the APC, gave the hint when he featured as a guest on Channels TV’s Politics Today, in the evening of Thursday, May 20.

He said that some of his colleagues would dump the PDP for the ruling APC in the next few weeks, saying that what they want to achieve is a country where they can sit with the president.

“Just watch out, you will see; you will just realise that I know what I am saying. I am happy to announce to you that very soon, more governors are joining (the APC), because what we want to achieve is a country where we all can sit with the President and agree on our succession process, we don’t have to fight.”

He denied the claim that he moved to the ruling party after he suffered a huge loss at the recent PDP congress held in his state.

The governor, however, stressed that he was in control and had a firm grip on the PDP until he announced his exit from the ruling party.

Ayade added that his defection has led to the reception of thousands of new members by the APC as he acknowledged the important roles the PDP played in his political career.

He also noted that the PDP stood by him and gave him the opportunities to become a senator and a two-term governor.

“I will never at any time put down the PDP; I have integrity, I have honour. My politics has ethics, but I chose to join APC to support the President to reduce the tension in this country.

“I have just joined the party today and my experience so far, I feel so happy to have been in this APC today. As to whether there were issues in PDP, no; the party stood by me all the way.

“All the chairmen of the local governments, almost all the House of Assembly members, most of the National Assembly members, my entire commissioners and cabinet today; that is the amount of the political structure … in Cross River state, once the governor moves, everybody moves.”

Meanwhile, Legit.ng had previously reported that the leadership of the PDP on Thursday, May 21, sent a crucial message to Governor Ben Ayade following his defection to the APC.

It was reported that the governor made the announcement during a meeting with some APC governors who paid him a visit at the government house.