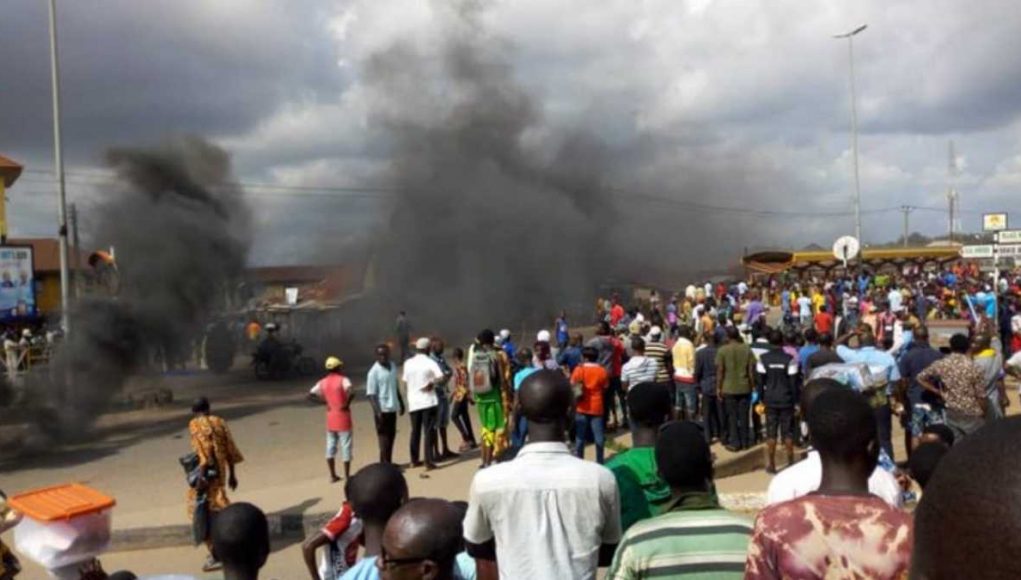 A mad woman caught with three AK-47 rifles stashed in a sack bag has been set ablaze by an angry mob at Abule-Ado, Trade fair area of Badagry, Lagos State.

According to sketchy reports by an eyewitness that made a video of the incident, the mad woman allegedly keeps the rifles for suspected armed robbers.