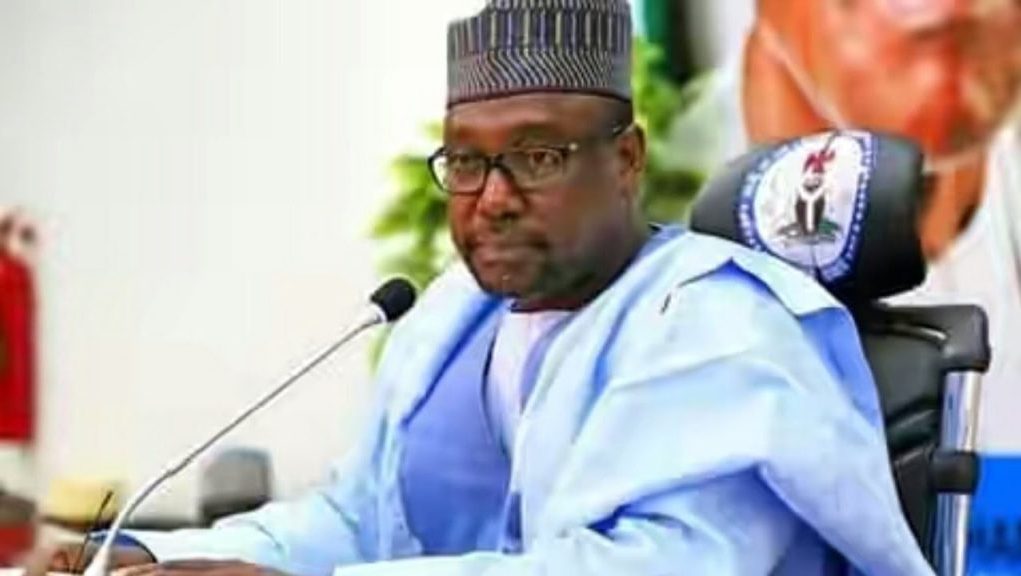 Eleven children out of about 200 Islamiyya students of the Salihu Tanko Islamic School allegedly kidnapped, yesterday evening by armed bandits in Tegina town in Rafi local government area of Niger State have been released by their abductors.

This is amid anger and outcries by residents of Niger State that the state governor left the country while his state was going through security challenges and abductions by Bandits and other criminal elements in the state.

Those set free by the bandits were very little children who could not walk.

It was gathered that the bandits had a field day in Tegina as they took their time to separate the smaller and weaker children from the rest before carrying taking their victims away.

Within the last one week, bandits have unleashed a rain of terror in Wushishi, Rafi and Lavun local government areas of the state abducting persons, including children, killing and robbing people of their personal belongings.

Confirming the release of the children in a press statement, the Chief Press Secretary to the Governor, Mrs Mary Noel Berje, said eleven little children were released by the bandits.

In the statement, the Governor expressed shock and said he was saddened by the recent reports of the abduction of innocent children and other adults by armed bandits in several communities across three Local Government Areas of Rafi, Wushishi and Lavun in the state.

Armed Bandits invaded Tegina community, where they shot one person dead and left one seriously injured as well as kidnapped an unconfirmed number of Islamiyya Students and Teachers alongside some passengers of a Sharon Bus travelling to Minna.

Tegina town is a few kilometres from Kagara the headquarters of Rafi Local Government where 27 schoolboys were abducted last February.

Kagara has been the epicentre of bandits activities in the state with no day passing without a report of bandits attack.

Condemning the escalating level of banditry in the state, Gov Bello through his spokesperson reiterated his emergency call on the Federal Government for prompt intervention while assuring that the Joint Military Taskforce have been mobilized and are already tracing the tracks of the criminals for possible isolation and ambush.

“The situation has reached crisis level, infact it’s a war situation that we have to confront without further delay. The state government is still searching and conducting House-to-House headcount to ascertain the exact number of children abducted.”

It would also be recalled that last week Gunmen, on about 70 Motorcycles, attacked 17 communities in Wushishi Local Government Area where they shot several people while some women and children drowned as they tried to escape across River Kaduna.

As a result of which, more than ten people are reported to be receiving treatment presently at the Wushishi General Hospital even as search is still ongoing for many missing persons from Babako, Tashan Girgi, Kwakwagi, Fakara, Ndiga, Buzu, Akare, Kala Kala, Agwa, Anguwan Gizo, Tsamiya and other neighbouring villages attacked by the Bandits.

In the face of this myriad of security issues, especially with the abduction of the 200 children on Sunday, the CPS announced on her social media that the Governor has travelled out of the shores of Nigeria on a “security mission”.

This disclosure by the CPS appeared to have irked the people of the state as many took to their social media handles to express shock and disappointment at his action at this point in time.

They lambasted Bello for embarking on a journey abroad when his state is allegedly under siege and described the claim of the CPS as a blatant lie.

Maryam Yahaya, a social media user commenting, wondered why a State Governor would travel out of the country in the face of the happenings in his state.

She said “I am running out of control with these incessant jokes on our sensibility. Which one is that my Governor travelled on a security mission again? Na to learn how to shoot gun or bow and arrows?

“Media handlers wake up. At this point, saying your principal travelled using ‘security mission’ at the point when almost 200 kids were kidnapped in Tegina does not make sense. Assume the position of their parents, will you understand the meaning of security or mission?”

Mohammed J. Abubakar- Why wasn’t it announced before, he travelled if he truly travelled for that and why was there no picture proof of him meeting the so-called security people. When Kwara State Governor travelled on business purposes on behalf of Kwara. He did announced and show picture proof of ongoing meeting and consultation with potential investors he met.”

“This is laughable, this will definitely make us a laughing stock,” according to Jibrin Shehu.

While for Muhammad Musa, who chose not to comment simply said, “I rather not say anything.”

The Governor’s media aide who posted the information on the governors alleged trip abroad on her Twitter handle claimed the governor left the country to explore all possibilities to strengthen the state’s security architecture before the incident happened and he is expected back soon.

The governor’s media aide revealed that Bello has, however, given directives to security operatives and state government officials to do all they can towards ensuring safe return of the abducted Islamiyya children and others”

She explained that the Governor, who is expected back in the country within the shortest time, has assured the rescue and safe return of the children.

Governor Sani Bello also assured all Nigerlites that Government will continue to do all it can to protect the lives and property of its citizens while guarantying the continued peace and stability of the state.

“While assuring the parents of the abducted children of their safe return as the security agencies have been directed to do all it can to bring back the children as soon as possible, the Governor also urged the citizens to cooperate and share intelligence and information that will help in the quick rescue of the children”

“Meanwhile Governor Bello has also directed that a states situation room be reactivated to update the public,” she added.