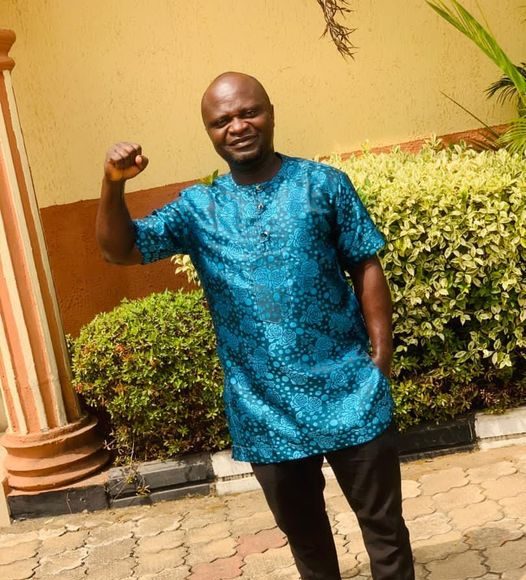 Nigerian clergyman identified as Glory Papaglo Igho has reacted to the ban of Twitter made by the Federal Government as he says it’s a sin against God to access the prohibited micro-blogging platform.

The clergyman took to his Facebook account to disclose that Christians who go against the Federal Government ban against Twitter by using VPN are sinning against God.

Igbo further buttress his point by quoting a portion of the scriptures, Romans 13: 1-2 which says ‘anyone who rebels against the authority is rebelling against God”

Check out what he wrote;

“As a Christian, if u use VPN to access ur Twitter acct. after govt. ban on it… Just know u have sinned against God.

Romans 13:1-2 Everyone must submit to governing authorities. For all authority comes from God, and those in positions of authority have been placed there by God. So anyone who rebels against the authority is rebelling against what God has instituted. and they will be ni hed”. 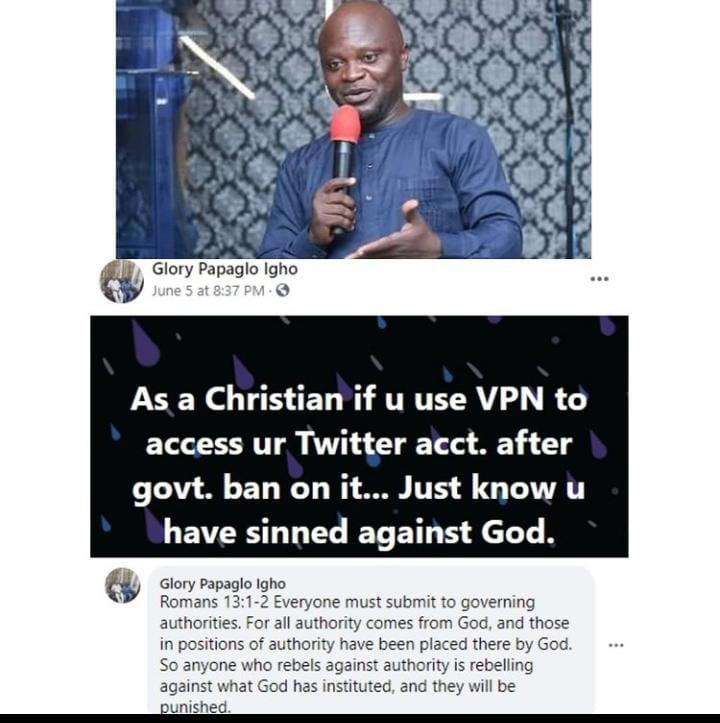