Home News Abdullahi Ganduje: I’ve been in politics since 1978… time will tell if... 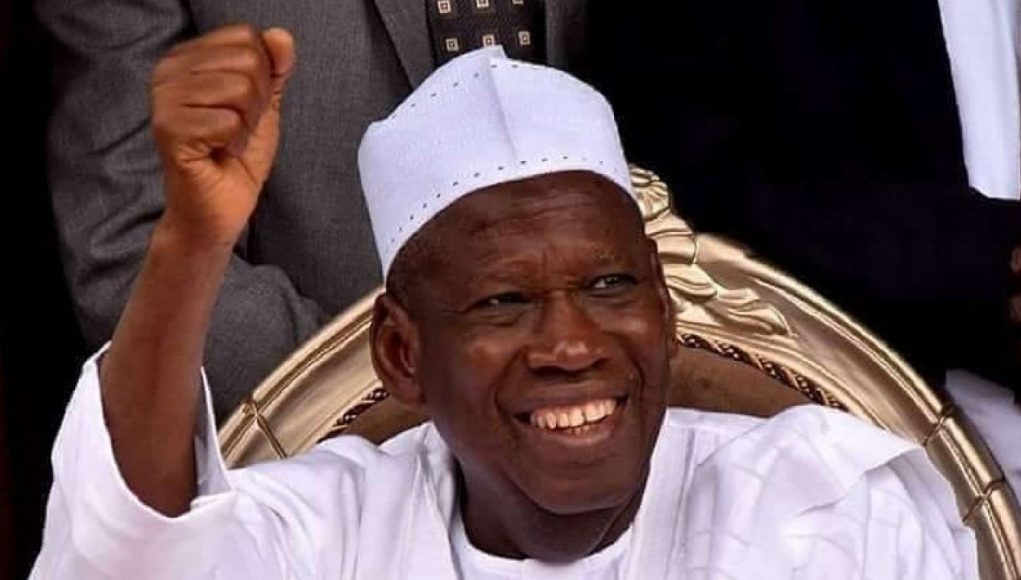 Abdullahi Ganduje, governor of Kano, says time will tell if he will retire from politics after his tenure expires in 2023.

On Saturday, Aminu Masari, his counterpart from Katsina, had said he will retire to his farm after his tenure as governor of the state.

But speaking with journalists in Kano on Monday, Abdullahi Ganduje said he has been in politics since 1978 and he’s not yet tired.

“You want me to tell you whether I will retire as well. Well, I am not tired,” he said.

“Whether I will resign or not, time will tell. But you should know that I have been in politics since 1978. So, even if I resign or retire, I think my ears are on what is happening.”

Abdullahi Ganduje, who also spoke on how his successor would emerge, said the process will be determined by party delegates.

While refusing to name a preferred candidate likely to succeed him, he said delegates who are going to vote for the next candidate will do a diligent job.

“It will be the delegates that will do that. Looking at the antecedents of the governor, his political dexterity, he too is a complicated complex in the politics. So, time will tell; but it will be resolved democratically,” he said.

“On who will succeed me, I think one should allow the delegates to decide that, because as you rightly know, Kano politics is something else you don’t sometimes interfere with. If you do, you will be on your own.”

He added that Nigeria is in need of peaceful resolutions for its security challenges, and as such, all hands should be on deck to make things better.

Abdullahi Ganduje was elected governor in 2015, and re-elected in 2019.

Prior to his election as governor, he had served as deputy governor and in other capacities in the state.