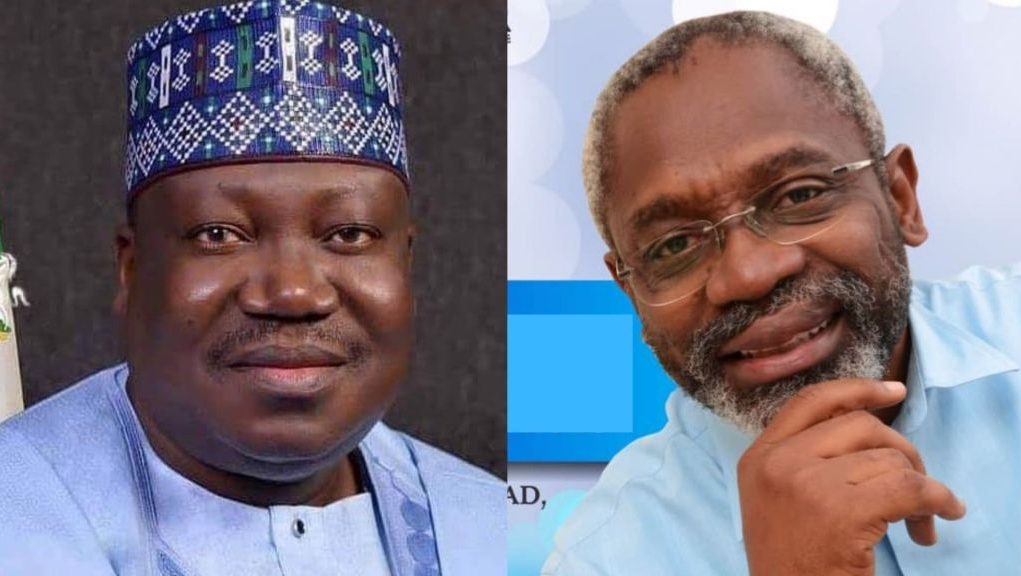 The Nigerian Bar Association on Sunday took a swipe at the National Assembly over its decision on the electronic transmission of election results.

The National Publicity Secretary of the NBA, Rapulu Nduka, in an interview with one of our correspondents, said the decision to attach conditions to the electronic transmission of election results had whittled down the powers of the Independent National Electoral Commission.

Also, some senior lawyers said the lawmakers had tampered with the independence of the electoral commission with their decision.

But the Special Adviser to the President on Political Matters, Babafemi Ojudu, in an interview with journalists on Sunday, defended the Senate,  saying issues raised by the lawmakers should be considered.

On Thursday, the Senate voted that the Nigerian Communications Commission, with the National Assembly’s approval, would determine whether INEC could transmit results electronically or not.

On Friday, the House of Representatives passed the Electoral Act (Amendment) Bill, maintaining the controversial Clause 52(2) as presented amidst protests, especially by members of the minority caucus.

The clause gives INEC the discretion to determine when, where and how voting and transmission of results will be done.

But the NBA spokesman, Rapulu Nduka, in the interview with The PUNCH, described the decision of the lawmakers, particularly senators, as selfish.

Senators took decision that would suit them – NBA

He stated, “The senators and our lawmakers in general are trying to make laws that benefit them at the moment. As far as I am concerned, not electronically transmitting these election results is a terribly myopic way of thinking. It is sad that people just make decisions or laws based on how they suit them.

“Some senators even stated that they did not have network service in their areas. I believe that is just an excuse. Telecommunications companies are profit-oriented.  They should be able to provide network service to Internet-deprived areas. I am certain that those who benefit from a system, no matter how selfish, may face the consequences tomorrow.

“The reality is that the legislature has the constitutional power to make laws. However, making a law like this may be a way to tie the hands of the Independent National Electoral Commission, prevent the commission from doing the needful and belittle their powers guaranteed by the constitution. Nigerians are not happy about this.  The law should be made for man and not man for the law.

“Our legislators must take into cognisance how just the laws are, how they affect the citizens and whether Nigerians are happy about them. These are some of the factors that should propel the making of laws in a democratic system.”

Any legislation that whittles down INEC’s independence unconstitutional – SAN

On his part, Ifedayo Adedipe (SAN),  in an interview with The PUNCH,  recalled that the president of the Senate, Dr Ahmad Lawan,  had made it clear from the beginning that whatever the President, Major General Muhammadu Buhari (retd.)  wanted, the lawmakers would give him.

He added, “I can recall the obscene spectacle of the Deputy Senate President kneeling down to greet President Buhari. So, when you see such characters presiding over the affairs of the National Assembly, you have no choice but to take whatever decisions they make with a pinch of salt.

“I think the National Assembly is taking Nigerians for a ride. The Independent National Electoral Commission is a creation of the constitution. Therefore, any attempt to create any legislation, whether out of ignorance or mischief, which is unconstitutional should be struck down. Any legislation that whittles down the independence of  INEC should be discouraged.

“The action of the National Assembly is a joke carried too far. If President Buhari signs that legislation into law, it will be challenged.”

Also, Yusuf Ali (SAN) said some of the functions of  INEC revolved around things that would ensure electoral integrity, including everything that must be done to modernise the voting system.

He added, “The electronic transmission of election results should not be an issue at this stage and I am truly surprised that the National Assembly is not in support of it. We are in the age of information, communications and technology.  If the National Assembly does not have any hidden agenda, then I don’t see any reason why we cannot electronically transmit our election results.

“INEC must be thoroughly independent as its name connotes. When it comes to disputes in election matters, the commission should be given the discretion to utilise cutting-edge technology in our electoral processes.”

Taiwo Osipitan (SAN), stated, “The independence of  INEC means that it is not to be interfered with in the conduct of its business. We all know that the majority of us are in support of the electronic transmission of election results. This is because we are in a technological age and transmitting election results electronically would make it difficult for people to rig elections. We all want a good law and any legislation which is in support of this would be termed a good law.

“Therefore, we all need to mount pressure on the National Assembly for them to see reasons why they should pass a good law ensuring that election results are electronically transmitted.”

Another SAN, Remi Olatubora,  stressed the need for the independence of INEC to be encouraged to electronically transfer election results.

Olatubora in a telephone interview with The PUNCH, in Abuja, on Sunday said, “There should be electronic transmission of election results. We conduct voters’ verification with the card reader. That is an electronic verification of voters.”

But the Special Adviser to the President on Political Matters, Ojudu, said the issues raised by the lawmakers before taking their decision on the matter should be considered.

Ojudu stated this in an interview with journalists at the International Conference Centre, Abuja, during the investiture of the 12th President of Rotary Club of Abuja Metro, Dupe Abosede.

He said, “Well, I don’t know why that happened, but I guess listening to the debate on the floor, listening to the NCC officials who came, it could just be as a result of technical considerations.

“And I think they also raised the issues of hackers, that even in America, with its technological perfection, hackers hacked results in some parts of America during the last election. I think that could have been the consideration for that. I have no personal opinion about that, but that is their decision.”

Asked about Nigerians who were saying that the APC rejected e-transmission because it wanted to rig elections, Ojudu said, “No o…!!! We don’t have to rig. We will go out and vigorously campaign.

“There is no belief that the APC is a party that rigs elections. If we do, we wouldn’t have allowed the PDP to have Zamfara, Bauchi, Adamawa, Oyo and others. That couldn’t have happened under the PDP.”

Meanwhile, more facts on Sunday emerged about the amendments to the Electoral Act passed by the House of Representatives.

The House approved the use of smart card readers for elections by INEC.

The electoral umpire may, however, not be able to use any other device in the electoral process.

The House placed the restriction in the Electoral Act 2010 (Amendment) Bill 2020 passed on Friday.

The House had considered the report by its Committee on Electoral Matters between Thursday and Friday, during which members proposed a series of amendments.

Prominent among the amended clauses is Section 49(3), which reads, “Where a smart card reader or any other technological device deployed for accreditation of voters fails to function in any unit and a fresh card reader or technological device is not deployed, the election in that unit shall be cancelled and another election shall be scheduled within 24 hours. If the commission is satisfied that the result of the election in that polling unit will substantially affect the final result of the whole election and declaration of a winner in the constituency concerned.”

Speaker of the House, Femi Gbajabiamila, however, prayed the House to remove “or any other technological device” from the clause at the sitting on Thursday.

Gbajabiamila said, “The question then remains, what do you mean by ‘any other technological device?’ Do we want to make sure that our Act is watertight and devoid of any kind of manipulation? That word (phrase) is too ambiguous. It could mean anything; it could mean your phone – your smartphone, it could mean a pen or any device.”

The Deputy Speaker, Ahmed Wase, who presided over the Committee of the Whole to consider the clauses, however, said, “Other technological devices could come in other forms. Smartphones may not be the only form. Your computer is not a smart phone. So, you could apply a computer, that is why the word ‘any other technological device.’”

Wase also argued that the provision would allow the law to capture technological advancements that might come in the future. He also noted that computers are used during polls, which are also devices.

Wase, therefore, put the amendment proposed by the Speaker  to voice vote and it was unanimously adopted.

In a related development, the Minority Leader of the Senate, Senator Enyinnaya Abaribe has said his members will push for the adoption of the House of Representatives version of the Electoral Act (amendments) Bill 2021.

Abaribe, who spoke in an exclusive interview with one of our correspondents on Sunday, explained that the version passed by the Senate on the electronic results transmission was against the constitution of Nigeria.

Asked for his group’s next line of action, Abaribe said the members of the Minority Caucus that would be among the harmonisation committee would push for the adoption of the version passed by the House of Representatives.

Abaribe said, “We are on vacation. The House of Representatives passed a different version from the one passed by the Senate.

“There will be a conference committee. Hopefully the House version will be upheld since the Senate version offends Section 78 of the constitution.”

Also, the Minority Leader of the House of Representatives, Ndudi Elumelu, has blamed the leadership crisis at all levels in Nigeria on the lack of political awareness and electoral choices of the electorate.

The lawmaker said on Saturday at the 5th Biennial Convention of the Class of ‘84 of St. Pius Grammar School, Onicha Ugbo, Delta State, while delivering a lecture titled ‘The Role of Enhance Electoral Awareness in Improving the Quality of Leadership in Nigeria.’

The President of the Senate,  Lawan,  has given reasons to justify the position taken by the Senate on the electronic transmission of election results.

His explanation was contained in a statement titled, “Why we voted for e-transmission of results with conditions – Senate President,” signed by his media aide, Ola Awoniyi, on Sunday.

Lawan in the statement explained that the upper chamber voted the way it did in defence of about half of the Nigerian voters whose votes might not be counted with immediate deployment or application of electronic transmission of election results.

The Senate President, the statement added,  spoke to journalists at the weekend while on a constituency visit to his Yobe North Senatorial District.

The Centre for Human Rights and Anti-Corruption Crusade on Sunday faulted the rejection of the electronic transfer of results by the Senate.

The National President of CHURAC, Alaowei Cleric, said this in a statement titled, ‘Electronic transfer of election result: NASS is a threat to democracy.’