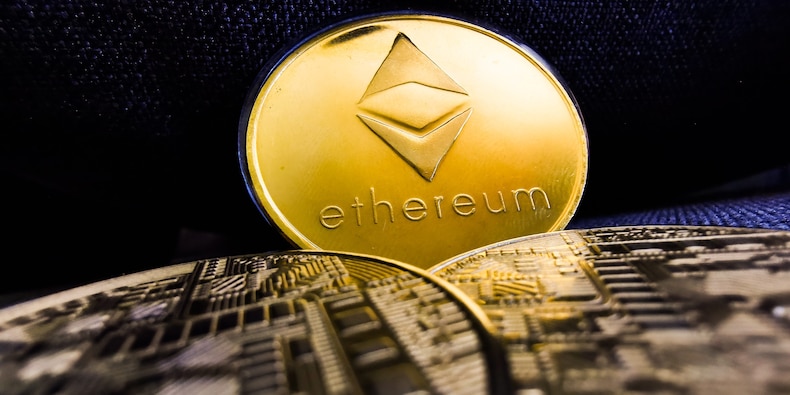 Up 550% in 40 days! Sixth largest cryptocurrency poised for a longer bull run After a strong 32 per cent rally in the last one week, Solana, with a market capitalisation of $55 billion, is a few steps behind the fifth largest and dollar-pegged cryptocurrency Tether. Binance Coin is pinned at the fourth spot.

New Delhi: The latest sensation in the digital token universe, Solana, has raced past XRP (Ripple) to become the sixth largest cryptocurrency in market capitalisation.

After a strong 32 per cent rally in the last one week, Solana, with a market capitalisation of $55 billion, is a few steps behind the fifth largest and dollar-pegged cryptocurrency Tether. Binance Coin is pinned at the fourth spot.

Top digital tokens like Uniswap, Cardano, Binance Coin, Dogecoin are down by 15-20 per cent in a week, while Solana is the sole altcoin to deliver positive return in the last one week.

Sharan Nair, Chief Business Officer at CoinSwitch Kuber, said Solana’s speed to process transactions and cost-efficiency attract investor interest. “The coin is based on a strong layer-1 blockchain that is way ahead in terms of technological developments. The recent craze over NFTs and smart contract offerings have also brought the coin to a more mainstream market,” he said.

Solana has delivered about 550 per cent return since August 2021. The price of the token has surged a whopping 270 times since its inception in April 2020. “Investors’ curiosity to invest in a new crypto coin, combined with the features that the technology behind Solana provides, has pushed its returns to the skies,” said Nair.

Analysts said the strong inflows from institutional investors as well as the rapid adoption as a non-fungible token platform led to the secular rally.

Many experts have said that Solana might soon dethrone Ethereum and find a place in the top-5 cryptos. “The market is often regarded to be efficient enough to recognise the growth potential of an asset, and that gets correctly reflected in the price. Solana has a lot of room to grow. Its high efficiency in terms of speed as well as cost has led several developers to also to build projects on the Solana blockchain,” Nair of Coin Switch Kuber added.

Unlike many other crypto tokens, the majority of Solana tokens are with developers and large investors, and only a small percentage is owned by retail traders.

Patel of Mudrex said: “The number of projects built on the Solana network is rapidly growing. With more adoption, there are more possible legs to this rally.”

Telegram Users Can Now Send Crypto via the Messaging App

Young Man Who Sold Old Man’s Picture As NFT Days Ago ‘Converts’ His Video to Over N2m, Nigerians React

How To Participate In Big Brother Naija Season 7 Auditions –...