Home News Umahi: Fani-Kayode Is A Liar, He Played No Role In My Defection... 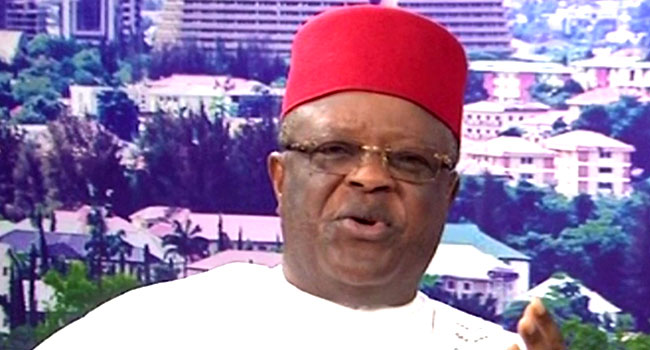 Ebonyi State Governor Dave Umahi has called former Minister of Aviation, Femi Fani-Kayode, a liar, literally, for claiming that he was instrumental to the defection of three Peoples Democratic Party (PDP) governors to the All Progressives Congress (APC).

Fani-Kayode, a former chieftain of PDP formally joined the APC on Thurday and was presented to President Muhammadu Buhari at Aso Rock Villa.

The former minister claimed that he played a role in the defection of Umahi, Ben Ayade of Cross River State and Bello Matawalle of Zamfara to APC.

But Umahi said that was a lie from the pit of hell.

Speaking as a guest of ‘Channels TV Sunrise Daily’, Umahi said Fani-Kayode owes him an apology.

Barely hiding his anger, Umahi said, “For someone to come and say that a whole Chairman of the Southeast Governors Forum, that he was instrumental to my movement from PDP to APC is an insult on my person and with all due respect, he has to withdraw that statement.

“He remains my friend and a good one for that matter, but he played no role in my movement and I am sure he didn’t play any role in the movement of the rest of us.”