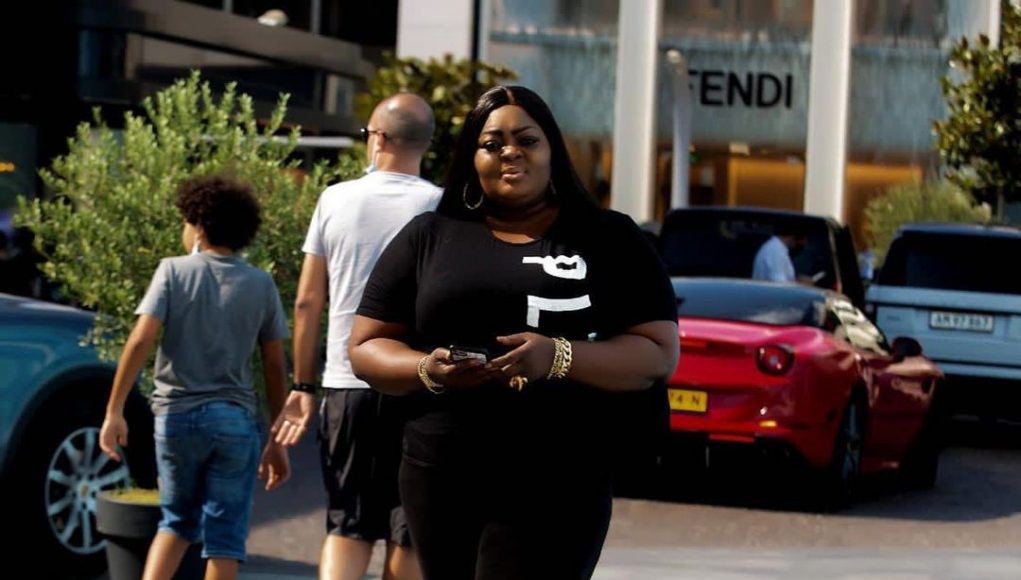 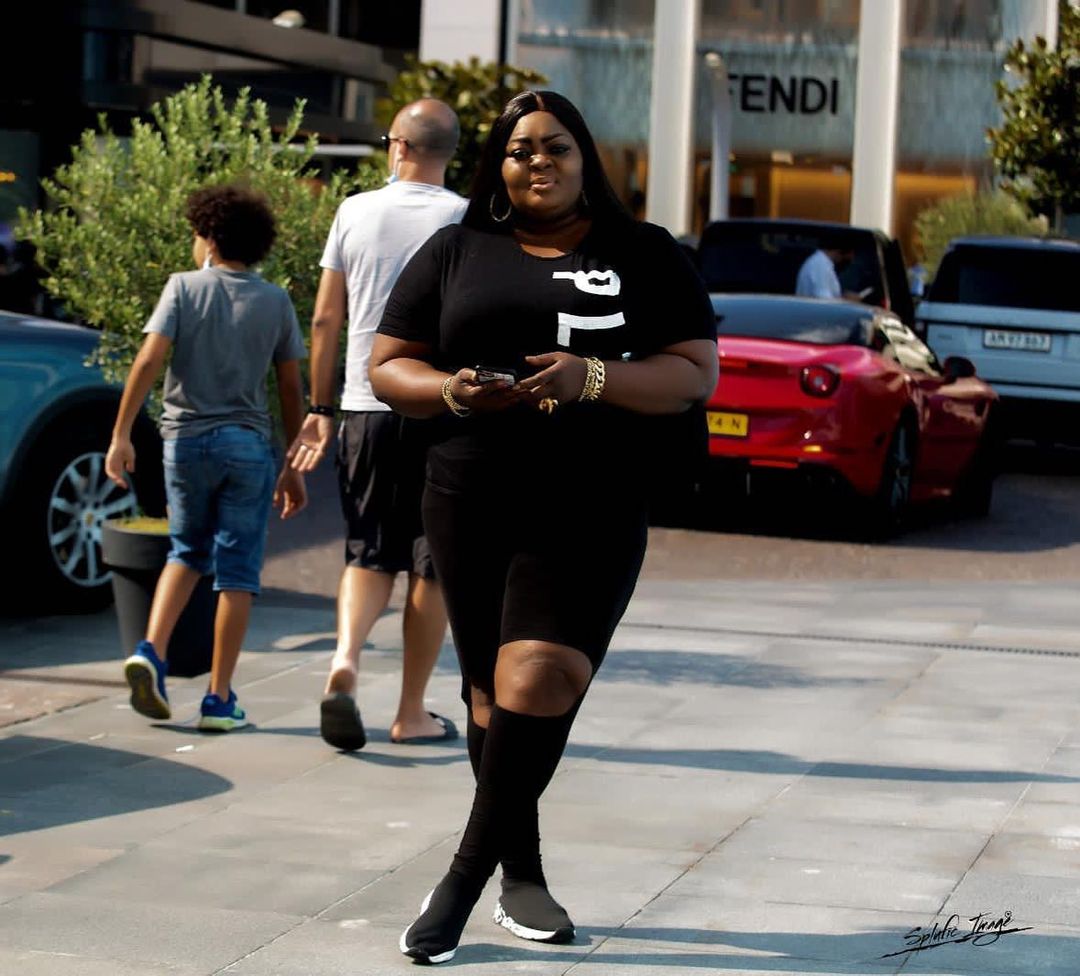 The actress who was often faced with criticism about her body size took extra effort into working on herself as she joyfully celebrates the result of the determination.

Taking to Instagram to share a photo of herself in an outfit that used to be fitted on her body, the actress wrote, “25KG GONE………still counting.” 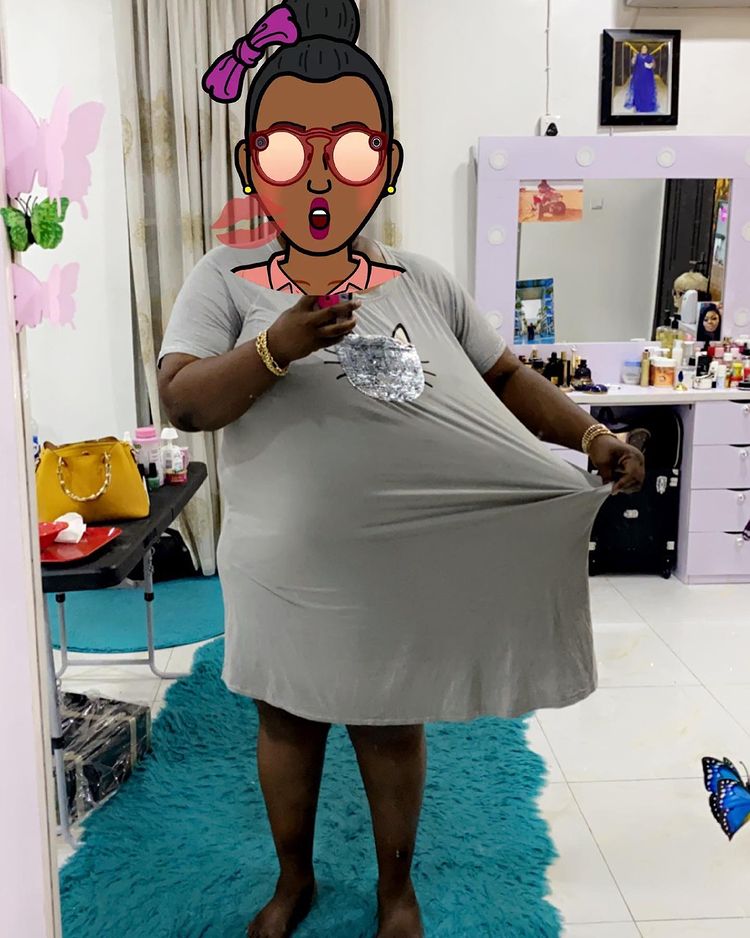 Fans and well-wishers celebrate the thespian for the effort put into the transformation at her own pace.