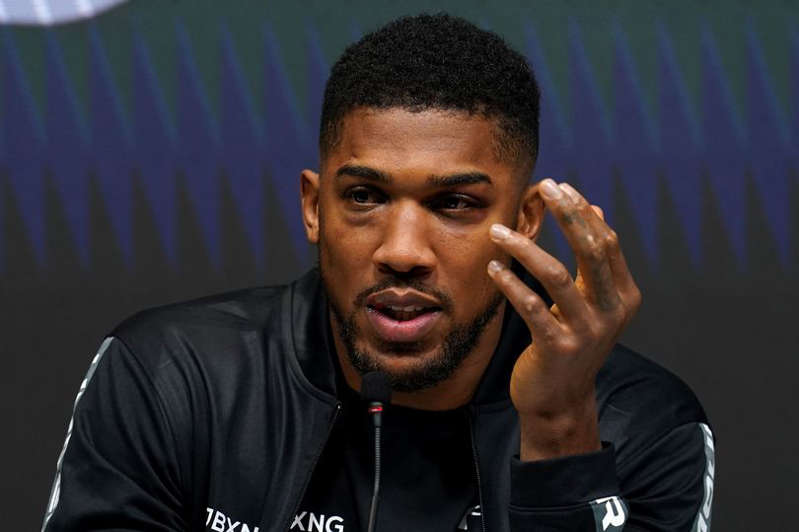 Anthony Joshua has been warned he may never win back his world heavyweight titles if he does not rematch against Oleksandr Usyk.

Joshua insists he will try to win back his belts from Usyk following his shock unanimous points decision loss and promoter Eddie Hearn says he has no other option.

“Ultimately if he does not accept the rematch clause, he will not get a chance to win his world championship back possibly ever the way this game works,” said the Matchroom chief.

“I don’t really see another option. I think he has to take it.”

Hearn claims the rematch will probably be in the UK in February or March, despite Usyk’s dream of fighting in the Olympic Stadium in Kiev in his Ukrainian homeland.

© PA Anthony Joshua during a press conference after defeat in the WBA, WBO, IBF and IBO World Heavyweight titles match against Oleksandr Usyk

Joshua, 31, claims he does not need a tune-up fight, despite being well beaten by Usyk.

“One hundred per cent I want the rematch, 110 per cent,” he said. “I’m ready to go back into training to pick up where I left off.

“He still gets hit a lot and in the rematch I’ll hit him with concussive power.”

Joshua also insisted his showdown with Tyson Fury could still happen, even though he no longer holds the WBA, IBF and WBO titles.

Usyk, 34, promised to give Joshua a rematch, despite the temptation of chasing the winner of Fury’s trilogy fight with Deontay Wilder on October 9 for the undisputed title.

“As long as we have a rematch clause in our contract, then AJ is my next opponent,” he said.

Usyk was delighted to become a two-weight world champion and claimed his game plan worked perfectly.

“The fight went exactly the way I expected it to go,” said the Ukrainian. “There was times when Anthony pushed me hard, but nothing special.”