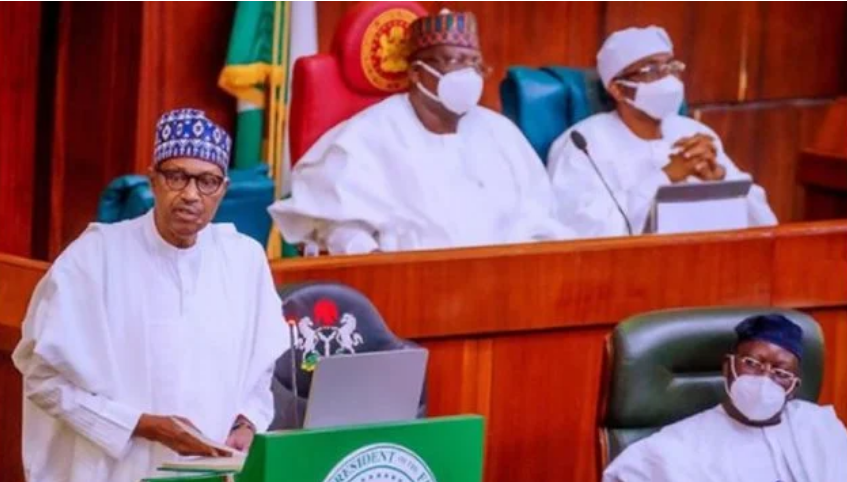 Experts on Thursday advised the Federal Government to consider selling refineries and other assets being used to siphon public resources in order to realise resources required to finance part of its budget deficit of N6.3tn.

The advice came following advice by the Senate on to the Federal Government to reduce its spate of borrowing and high deficit financing.

The President, Major General Muhammadu Buhari (retd.), had said on Thursday that his regime would finance the N6.26tn deficit contained in the 2022 budget with N5tn which his regime proposed to borrow from local and foreign sources.

He stated this while presenting the 2022 Appropriation Bill consisting a total aggregate revenue of N16.39tn before a joint session of the National Assembly.

He acknowledged the fact that his government had exceeded the borrowing threshold approved by the Fiscal Responsibility Act but insisted that certain necessities had compelled it borrow more.

Buhari admitted that Nigerians had genuine reasons to be concerned over the rate of borrowings but that his regime was doing everything to ensure its judicious utilisation in the best interest of Nigerians.

He said, “We expect the total fiscal operations of the Federal Government to result in a deficit of N6.26trn.

“This represents 3.39 per cent of estimated Gross Domestic Product slightly above the 3 per cent threshold set by the Fiscal Responsibility Act 2007.

“Countries around the world have to of necessity over-shoot their fiscal thresholds for the economies to survive and thrive.

“We need to exceed this threshold considering our collective desire to continue tackling the existential security challenges facing our country.

“We plan to finance the deficit mainly by new borrowings totalling N5.01tn.”

Buhari said his regime would source N90.73bn from privatisation proceeds and another N1.16trn drawdowns on loans secured for specific development projects.

The President said, “Some have expressed concern over our resort to borrowing to finance our fiscal gaps.

“They are right to be concerned. However, we believe that the debt level of the Federal Government is still within sustainable limits.

“Borrowings are to specific strategic projects and can be verified publicly.”

He reminded Nigerians that the country had experienced two major recessions in the life of his regime, but that the country survived them through aggressive spending which led to further debt accumulation.

He said, “As you are aware, we have witnessed two economic recessions within the period of this administration.

“In both cases, we had to spend our way out of recession, which necessitated a resort to growing the public debt.

“It is unlikely that our recovery from each of the two recessions would have grown as fast without the sustained government expenditure funded by debt.”

He said his regime’s target over the medium term was to grow the nation’s revenue-to-GDP ratio from about eight per cent currently to 15 per cent by 2025.

He said, “At that level of revenues, the Debt-Service-to-Revenue ratio will cease to be worrying.

“Put simply, we do not have a debt sustainability problem, but a revenue challenge which we are determined to tackle to ensure our debts remain sustainable.

“Very importantly, we have endeavoured to use the loans to finance critical development projects and programmes aimed at improving our economic environment and ensuring effective delivery of public services to our people.”

However, the National Assembly said it only approved requests for approval for domestic and external borrowings by the executive arm due to the urgency and importance of the projects with which the funds were to be executed.

President of the Senate, Ahmad Lawan, said generating and collecting revenues had remained major challenges in Nigeria’s quest for development.

He said the recent effort by the National Assembly as well as the executive to challenge the revenue generating agencies was a step in the right direction.

Lawan said, “Mr President, the need to enhance revenue generation and collection cannot be overemphasised. The level of budget deficit is high, and both the legislature and the executive should work to reduce this deficit through the availability of more revenues.”

Lawan commended the Senate and House Committees on Finance and the Federal Ministry of Finance, Budget and National Planning for working together to improve the level of revenues for the government.

He said, “Mr President, we understand that due to paucity of revenue, the Federal Government has to resort to raising funds from foreign and domestic sources to provide infrastructure across the country. That is why the National Assembly approved the requests for borrowing.

“The commitment of the Federal Government in providing infrastructure across the country means that the funds must be raised one way or the other.

“Government should also explore other sources of funding its projects in order to reduce borrowing.”

The Senate President also noted that the National Assembly was committed to passing the 2022 Appreciation Bill before the end of this year.

In telephone interviews with our correspondents, experts across the country agreed on the need to raise more funds through means other than borrowing.

Uwa Osadiaye, a senior vice president and investment banker at FBN Quest said depending on the size of the budget deficit, methods such as asset sales and signature bonuses could be explored but for a smaller deficit.

He said, “The N6.3tn deficit is just too large. The government’s budget cannot expand the economy. Infrastructure funding in the $30bn budget for a $400bn economy is not enough to move the needle.”

Economist and chief executive officer of the centre for the promotion of private enterprise, Dr Muda Yusuf, told one of our correspondents that CBN financing of the fiscal deficit would likely continue.

The former director-general of the Lagos Chamber of Commerce and Industry said, “The government should align CBN financing of deficit strictly with the provisions of the CBN Act.

He also advised the government to fix insecurity, refrain from imposing more taxes and levies on the manufacturing sector to improve the investment environment.

The Managing Director and Chief Executive Officer, Taurus Capital and Advisory, Dr Nnaemeka Obiaraeri, said, “The Federal Government of Nigeria has moribund assets that they are using to steal, loot and misappropriate our common resources.

“Some of these assets are the oil refineries, two in Port Harcourt, one in Warri and one in Kaduna. Between 2015 till now, the authorities in Abuja have used those refineries to misappropriate and squander over N893bn defined as losses. That is after wasting $389bn as maintenance cost.

“By privatising the refineries, we would cut down over 205bn we squander every year as losses. If we had sold those refineries in 2015, the N893bn we lost in five years which contributed to the deficit we have over those five years would have been saved.

“Next, the FG under the PIA regime should divest its holdings, some of the joint ventures they have in International Oil Companies, from 55 per cent to 40 per cent, that the IOCs can now have majority stakes and address it to indigenous oil and gas players. The JVs can now become incorporated like the NLNG and provide transparency in that sector.

“Thirdly, the FG should amend the Nigeria Railway Corporation Act and other acts and go through the National Assembly to divest and remove most of the exclusive lists and put them in the residual lists.”

No option to borrowing – Rewane

However, the Chief Executive Officer of Financial Derivatives Company, Bismarck Rewane, said, the only way to finance a deficit was by borrowing. Nonetheless, he advised the government to borrow for the right purpose.

He said, “You borrow for the shortfall between your revenue and your expenditure. The deficit can only be bridged by borrowing; it is global.

“We must borrow, but when it comes to the type of borrowing, you can decide maybe you want short term, long term, domestic borrowing.

“Are you borrowing to fund capital projects, or for consumption in the recurrent expenditure? What is the impact of this on the economy as a whole?”

Professor of economics at the University of Ibadan, Adeola Adenikinju, said, “There is no doubt that we are faced with a serious fiscal challenge. Revenue is declining, and there is a limit to which you can really cut your expenditure.

“We have depended so much on oil, although VAT, import duty, and CIT are coming up now to provide alternative sources of funding but in spite of that, revenue GDP ratio is still very low. It is well under 12 per cent which is one of the lowest in the world.

“There is a need to close all the tax loopholes. This will require that we computerise the tax process, to ensure that transactions can be monitored. This will enable the taxing agencies to know in real-time how many transactions have occurred, and the appropriate tax level should be.

“We also need to create a thriving environment for our business. Businesses are leaving Nigeria to go to other countries because our environment is harsh. Some have gone to Ghana, and other nations. If businesses stay and make revenue here, it will increase the amount of revenue we can tax. Our corporate income, and value added tax will increase, the more income the economy can generate.

“There are a lot of luxury goods consumed in the country. These are rich people and they must pay appropriate taxes. These luxury goods should be taxed. We will make a lot of revenue from them.

He said, “Nigeria as presently constituted is programmed towards a continued survival on borrowings, not minding the implications of the mindless borrowings on the future of the country and its next generation.

“Sadly, there is no visible alternative until the country returns to the path of prosperity, which can only be guaranteed by the restructuring of Nigeria without further delay.

“The continued reliance on the mono economic policy of crude oil, cannot in anyway guarantee a way out of this culture of survival on debt.”

Lawan, part of the problem, not solution – Odinkalu

Human right activist, Prof. Chidi Odinkalu, said there was a need to reduce cost of governance.

He said, “How many cars are in Lawan’s pool as Senate President? What is his convoy like? How many assistants to special assistants does he have? If he is serious in his plea, he should lead by example and cut down the costs of his office. Then and only then will he acquire the authority to embark on this venture.”

He said that as of now, Nigerians saw him as part of the problem not part of the solution.