Home Entertainment Photo of Tiwa Savage’s Boyfriend Who is in Her Leaked Sex Tape... 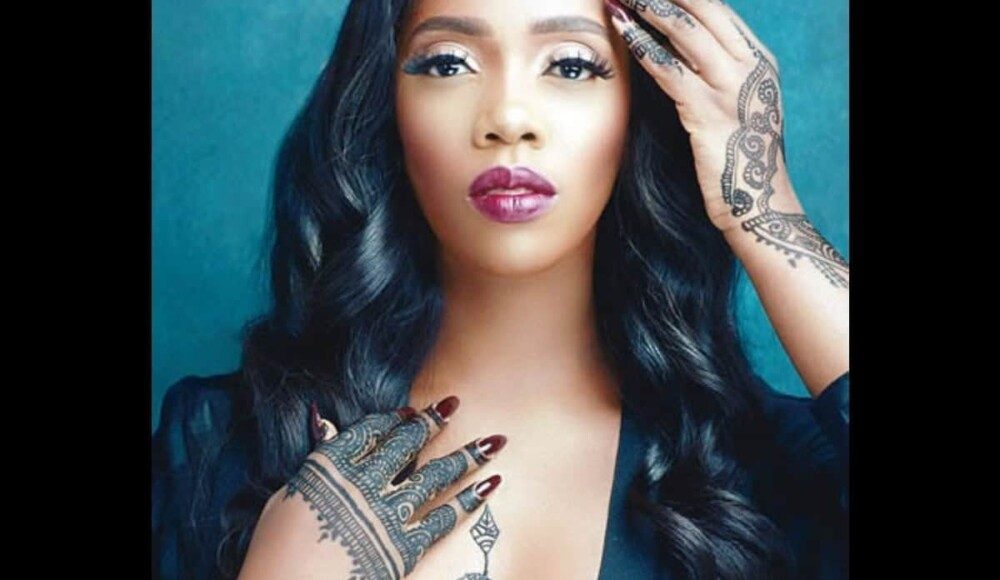 The boyfriend of sensational Nigerian singer Tiwa Savage who is allegedly in her sex tape, has been identified as one Abolo.

Tiwa Savage, in an interview with New York’s Power 105.1 FM revealed that she’s currently being blackmailed over a sex tape with her current lover.

Tiwa Savage’s shocking revelation left many people with several reactions after they pointed many discrepancies in the interview.

Meanwhile, an Instagram blogger, Gistlovers, has alleged that Tiwa Savage’s claim about being blackmailed with her sex tape is a PR stunt.

The blogger said the sex tape was shared on social media two years ago, and the lady is the lady in the video looks so much like Tiwa Savage, and she is not the one but only lying and doing a PR for her brand.

The source added that Tiwa Savage should stop deceiving people by granting baseless interviews for self-interest and dragging her name in the mud just for the sake of chasing clout.

The post read: So apparently this is the Abolo that Tiwa is dating and is alleged to be in the said video which was a PR stunt, kindly go to our other page to see the video and evidence of when the video was posted two years ago.

The lady in the picture looks so much like Tiwa but definitely not Tiwatope Savage,Na lie I hate,to those people doing yeye PR,let me teach you how to make Una song trend and make people vibe to am, just declare a challenge with the song,tell people to do challenge with it on IG o,Facebook o,tiktok ,before you know it your song is everywhere.

Stop sitting comfortably in front of camera to Dey grant yeye interview to deceive people,not fair,I know say na your daily bread you dey find but at the same time INTEGRITY is key, aside that why dragging your name in the mud just to chase clout? why??? 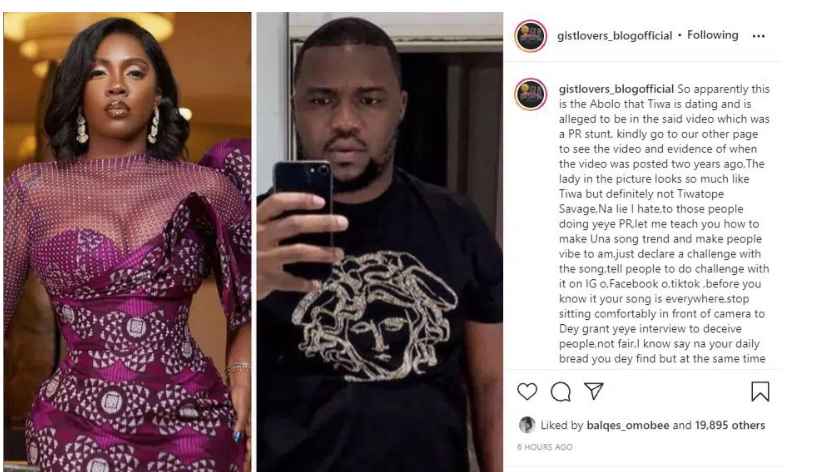