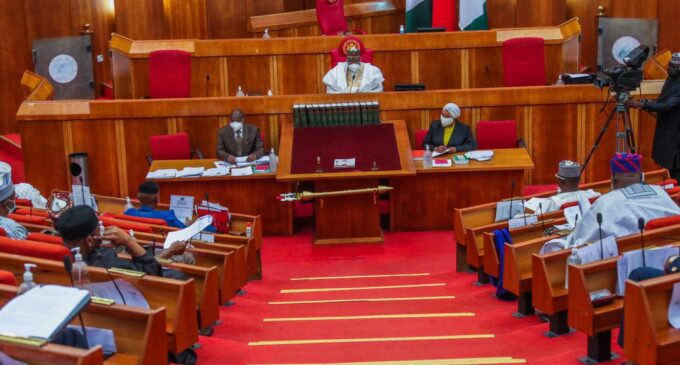 The senate has reconsidered its stance on the electoral act amendment bill and has empowered the Independent National Electoral Commission (INEC) to determine the best mode to transmit election results.

The electoral commission will now have to decide how to transmit election results — either electronically or manually.

The upper legislative chamber also approved that all political parties must use the direct primary mode in picking candidates.

In July, the senate empowered the Nigerian Communications Commission (NCC) to determine the electronic transmission of election results.

The provision caused an outrage, with many calling on the senate to follow the example of the house of representatives which adopted the use of technology “where practicable”.

While moving a motion to rescind the earlier decision of the upper legislative chamber on Tuesday, Yahaya Abdullahi, senate leader, said there is a need to make “necessary amendments” to the bill.

“After critical examination of the bill by the senate committee on INEC, some fundamental issues which requires fresh legislative action on the following clauses 43, 52, 63 and 87 were observed,” he said.

“Desirous of the need to address the observations by the committee and make necessary amendments; and relying on order 1(b) and 53(b) of the senate standing order.”

Contributing to the debate, Enyinnaya Abaribe, senate minority leader, said parties should be allowed to use whatever mode of primary election that suits them.

“The original situation was that the party was left with choices to determine what suits them,” Abaribe said.

“Not all parties have capacity to do direct primaries. I think we may have to leave it open.”

Also speaking, Opeyemi Bamidele, senator representing Ekiti central, said the provision for compulsory use of direct primary mode for political parties will ensure that every member of a political party participates in the process.

“With respect to conduct of primaries, this is to ensure that every party member participates in the process,” Bamidele said.

“It is a way of giving power back to the people.”

The four clauses in the bill were approved by the senate in ” the committee of the whole” after Senate President Ahmad Lawan put them to voice votes.