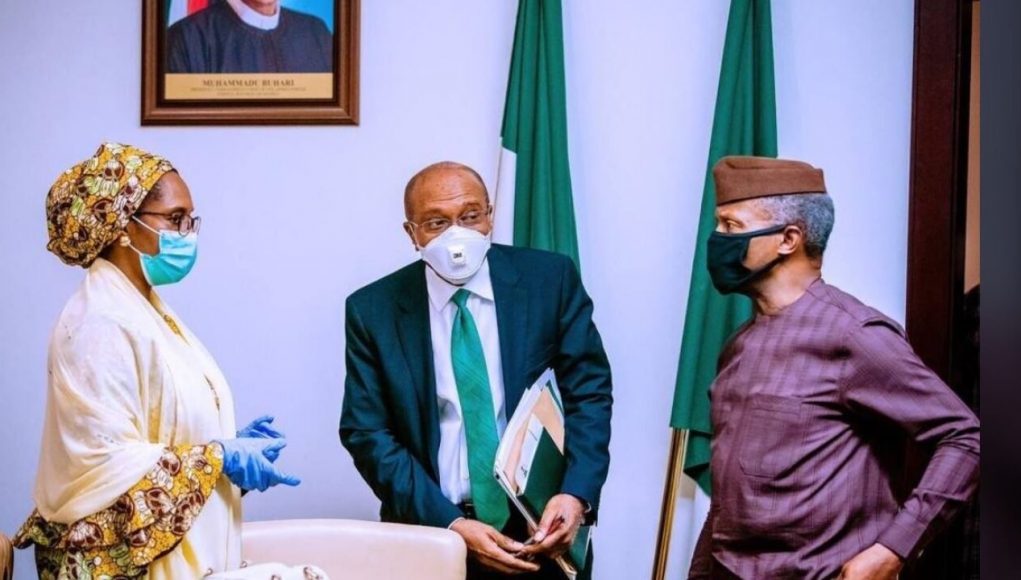 Nigeria is on auto-replay. Events of the past find a clever way of repeating themselves. Very few things that happen in this African giant are new. Conversations around the naira and dollar are definitely not new, and we are back at a familiar junction: let’s call it the naira devaluation avenue.

On Monday, at the midterm review of President Muhammadu Buhari’s second tenure in office, the conversation about naira devaluation found a good place to grab centre stage. For about 45 minutes, Vice-President Yemi Osinbajo explained how the country’s Economic Sustainability Plan helped Nigeria get out of recession. At the end of his presentation, Osinbajo told a hall full of ministers, captains of industries, diplomats, and civil servants, how he expects the Central Bank of Nigeria to devalue the naira to reflect the state of the market.

The professor of law did not mince words when he said the CBN’s demand-management strategy needs a rethink.

“As for the exchange rate, I think we need to move our rates to [be] as reflective of the market as possible. This, in my own respective view, is the only way to improve supply,” Osinbajo said.

“We can’t get new dollars into the system, where the exchange rate is artificially low. And everyone knows by how much our reserves can grow. I’m convinced that the demand management strategy currently being adopted by the CBN needs a rethink, and that is just my view.”

The boldest part of Osinbajo’s call for devaluation was that he did it right before his principal, President Muhammadu Buhari. Buhari is known to be against the devaluation of the naira, even when market forces clearly necessitate the shift.

WHAT HAPPENED WHEN OSINBAJO CALLED FOR DEVALUATION IN 2016

When Buhari and Osinbajo took office in 2015, one of the first demands of the investing community was for the government to devalue the naira and maintain a single exchange rate system. President Buhari strongly opposed this position. He famously said he will not kill the naira.

Osinbajo stood with Buhari. He told diplomats that Nigeria will not be devaluing the naira, suggesting that devaluation was not the solution to the currency crisis.

“I don’t agree on devaluation and it is not that I am doctrinaire about it. In the first place, it is not a solution — we are not exporting significantly. And the way things are, devaluation will not help the local economy,” he told ambassadors from Italy and Canada, who visited him in October 2015.

Some months down the line, the vice-president who chairs major economic committees in the Buhari government, called for a “substantial revaluation for the foreign exchange policy”.

“There has been a sharp decline in foreign exchange earnings. The executive is not responsible for monetary policy but we have made the point clearly that demand management will not take us out of the woods,” he said in May 2016.

Just as Osinbajo said in 2016, he has said again in 2021 that the CBN’s “demand management” strategy needs to be reevaluated.

A month after Osinbajo’s call in 2016, the CBN removed its peg on the naira from 197 per dollar. The local currency went as high as 283 per dollar in a matter of hours. Osinbajo said this would help boost dollar supply and encourage capital inflows. He was right. Nigeria recorded a 138.7 percent increase in inflows. But the story did not end there.

If we follow the 2016 script to the letter, then the authorities would walk back on this call for devaluation starting from today. We would find many reasons why devaluation is bad for the economy. But the devaluation will eventually happen.

If the CBN goes with Osinbajo’s suggestion to “move our rates”, what immediately happens is that we see a devaluation at the official market, which may drive up prices of goods and services in the short term. If the CBN employs some of the lessons from the past, it can strengthen the naira at the parallel market. The naira will dramatically recover from N570 per dollar to anywhere between 450 and 500. There would be a unification of rates at a new midpoint. But the big question is: what happens next?

Since 2017, we have moved from a unified 360 to 570 as of Monday. If we devalue again, the naira will firm up for a bit, and if we don’t do something different with the economy, we would be back again at devaluation avenue in a few years. That is how the Nigerian auto-replay works.