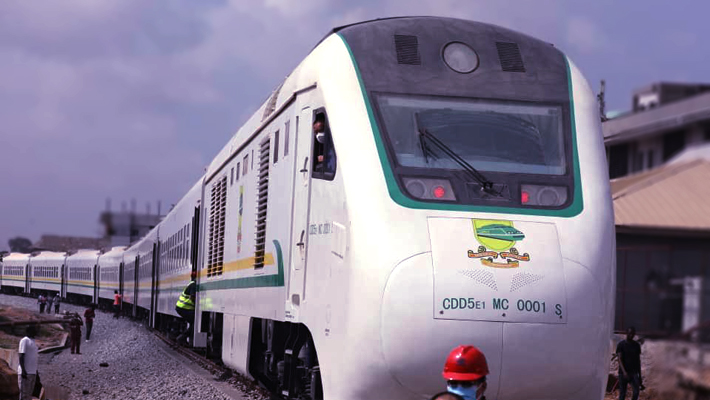 The federal government says the Abuja-Kaduna train services will resume within seven days.

Mua’zu Sambo, minister of transportation, disclosed this on Sunday while inspecting and test-running the train route.

Sambo had earlier said operations would resume on the corridor this November.

The continued delay in resumption sparked speculation that services would recommence on Monday.

But in the latest update, the minister said the Abuja-Kaduna train operations will not resume on Monday, November 28, 2022, but in the next seven days.

Sambo said this was to enable passengers to get used to the new requirements for boarding the train.

“Now, we have introduced a new system before you buy a ticket.

“Your purchase of a ticket requires you to provide a phone number and a national identification number in order to profile, because that is the beginning of the security checks.

“So, at any point in time when a train moves from one station to another, we know who and who is on board.

“If you don’t have a national identification number (NIN) you are not going to board our train. It is as simple as that.

Sambo added that the public needed to be kept abreast of the new developments before operations begin.

“Now, we want to give sufficient time for the Nigerian public to listen to these and assimilate this new system because if we start tomorrow, a lot of people will be disgruntled,” he said.

“Definitely between three, four, five days, certainly not more than a week.”

The minister further assured Nigerians that they are 90 percent ready with their plans, adding that the remaining 10 percent of measures “would be achieved in a couple of days for full resumption of train services”.

He added that certain concrete measures that are feasible include ticketing.

“Security starts from ticketing. So now, you don’t buy a ticket unless you have a valid phone number and you have a NIN,” Sambo said.

“And if you are a foreigner, you also have a means of identification you can use which is produced by the National Identity Management Commission.

“Having secured your ticket, you will not get access to the lounge until the machine reads the barcode in your receipt.

“Your details will show and your complete profile will show on the screen. Only then will you be allowed to go into the lounge. This is what we call customer profiling.”

Having learnt from the terrorists attack which ultimately grounded operations on the route, Sambo said there will be an increased number of security personnel.

Some of the personnel, he said, may not be wearing uniforms in order to guarantee the safety of passengers.

“The other thing is that, for every journey, the train is monitored every second and the train driver can see up to a certain distance,” he said.

“If there are any threats on the track, that would enable him to march the break before getting to the perceived threat.”

Sambo also said the number of trips on the corridor would be reduced, but noted that as the travelling population peaks, more of trips would be done.

“But we will certainly not travel at night,” he added.

He also said some other sensitive equipment that would not be disclosed had been put in place to ensure the safety of life and property.

On transport charges, he said discussions were in place as fares could be increased.

“My assurance to Nigerians is that even I will be using the train, and other of my counterparts who have homes in Kaduna,” Sambo added.

“In fact, from next week they will start using this train so I am giving Nigerians full assurance that a human being can give that this train is safe for them to use.

“There is absolutely nothing to fear. We have learned from what has happened and life is about learning lessons and adopting measures with the lessons.

“As a responsible government, we have seen those lessons and devised appropriate measures to counter it.

“Like I always say that I was not going to allow this train to resume until everybody in captivity was released and to the glory of God I have achieved that.”