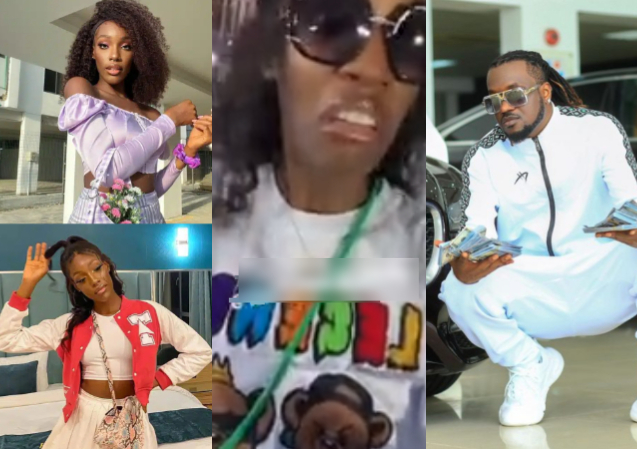 Ivy Ifeoma, Paul Okoye’s new lover has taken a swipe at those criticizing her relationship with the member of P-Square band who went public with their romance yesterday, December 11.

Ifeoma’s identity was uncovered shortly after Paul took to Instagram yesterday to celebrate their first anniversary.

The singer and his model girlfriend began dating after his estranged wife, Anita filed a divorce suit against him. It was reported months ago that they were enmeshed in a marital crisis.

Reacting to the criticism that trailed them going public with their romance, Ifeoma shared a video that came with the caption

“BITTER SOULS HOVERING AROUND THE EARTH. BUT IT’S BETWEEN YOUR AND GOD.”

A male friend was also spotted in the video saying, “we are chilling cos e dey pain them”.