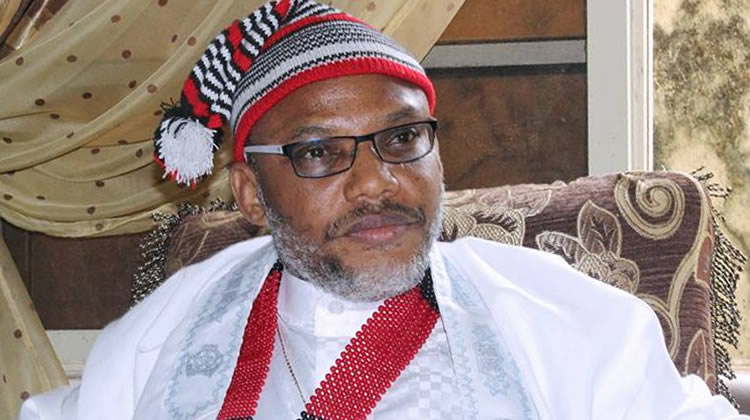 The leader of the Indigenous People of Biafra, Nnamdi Kanu, has condemned the attacks in various communities across the South-East by people suspected to be members of the IPOB.

According to the special counsel for Kanu and IPOB, Aloy Ejimakor, who visited Kanu in his DSS detention on Monday, the IPOB leader expressed his sadness over the attacks and expressed his sympathy for the victims.

According to Ejimakor, “I had a visitation with Mazi Nnamdi Kanu today (Monday).

“With profound sadness, he received news of the staggered attacks of the past few days across the South-East, including the one at my hometown.

“He asked me to strongly condemn the attacks on his behalf and convey his comfort to all the victims.”

Ejimakor’s hometown, Urualla, in the Ideato North L0cal Government Area of Imo State, was one of the areas torched by the suspects as the community market, Afor Urualla, was razed down.

These attacks were following the declaration of a five-day sit-at-home by a self-acclaimed leader of IPOB, Simon Ekpa, this week.

Ekpa had in a viral video ordered South-East residents to observe a sit-at-home from December 9 to 14.