Home News Nigeria Banditry: Blessed are the violent, for theirs is the kingdom called... 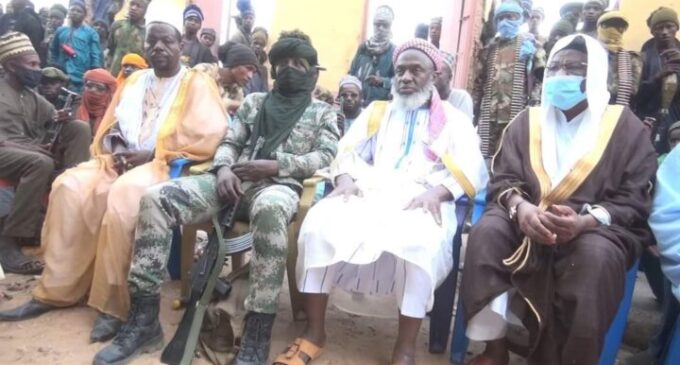 Slavery is bad, let the president sign an act of parliament to bring an end to it. Easy right? Not so easy. Here is a short lesson from history. In the 1830s, the British government passed the slavery abolition act to end the practice of trading fellow humans like goods in Britain. But an act without a plan does not change anything. But this government really wanted change.

Therefore, the government — as part of the act — decided that the state buys freedom for all the slaves. This means government had to pay slave owners to ensure their slaves were free. This was the end of slavery — in its crude form — in the UK. But there is a catch, government could not afford to pay all the slave owners with the money it had at the time.

The government took loans worth £300 billion (in today’s valuation). According to a now-deleted tweet by the UK treasury, the government paid these loans with taxpayers funds up until 2015.

Wait, that is 1837 to 2015. While slave trade may have ended in the UK in 1837, the price for that policy shift was paid for about 178 years. This tells us that the decisions a country makes outlives all alive when the decisions were made.

Pause, take your time. Think long and hard about Nigeria. What policy about terrorism, agriculture, technology, or any other part of our national life has been taken with a 20 to 50 year view? More often than not, we are seeking quick fixes.

Some years ago, while analysing the nexus between poverty, illiteracy and insecurity in the north, Muhammad Sanusi II, the former emir of Kano, told us all that anyone who looked at human development indices for the northeast in the early 2000s could have easily anticipated the insurgency that would follow.

The former governor of the Central Bank of Nigeria (CBN) also highlighted the fact that the poverty numbers and rate of education in any region were strong indicators for the future of such a region.

In 2019, Sanusi, while speaking to President Muhammadu Buhari, governors and ministers, said the best way to deal with many of the nation’s problems was to simply “educate the girl child”.

“If you educate the girls and make sure that they finish secondary school and have skills before they get married, they would not have eight children, they would not accept domestic violence, and they are more likely to stop their husbands from having a second wife.

Rather than take long term decisions to end these ills, we take short term ones to keep the culture of mediocrity alive.

BLESSED ARE THE VIOLENT

One of those short term steps is blessing the violent. I had been attempting to rationalise the activities of the current government and its way of handling security matters with no success. Sunday Igboho issued quit notice in Oyo state to some other Nigerians of Fulani heritage. The president called for his arrest, but the words of the commander-in-chief could not command enough respect to get Igboho arrested — despite his violation of the constitution.

I understand that a lot of Yoruba are emotionally in favour of Igboho not looking at the far-reaching consequences of his actions, should the north have retaliated by ejecting Yoruba up north.

Few weeks after the Igboho saga, we are here watching Sheik Gumi’s episode of Nigeria is a YouTube channel.

The Sheik has continuously defended the kidnappers popularly known in the media as bandits. He has requested for amnesty and governments are currently considering it. In a recent interview with Channels TV, the Sheik said “you call them killer herdsmen, how many people do they kill? When they kill, it is mostly accidental, maybe somebody they took who is sick. But tell me who they have killed? How many? Few.”

He went on to say when bandits kill, the “killing is not because of criminality but for ethnic revenge”. I’m still in shocked as a write. Nigeria has got to a place where confessions for crimes go on national TV with no consequences. Through another interview with Daily Trust, the mastermind of the Kankara abduction also came forward to rationalise his crimes.

The government listens to the violent  AK-47 wielding criminals and arrests protesters wielding cardboards and face masks. Nigeria is getting known as the country that rewards violence but punishes civil disobedience. Based on Gumi’s negotiations, we may get the school children back, but this culture of violence is well noted and could be employed to exploit the state in the very near future.

Unlike Britain, these sins will not be paid with tax payers’ money — but the tax payer’s blood. To avert this future, the nation needs to take a different and long term path to salvage today, tomorrow and 178 years from now. Law abiding citizens are beginning to think “blessed are the violent, for theirs is the kingdom called Nigeria”.