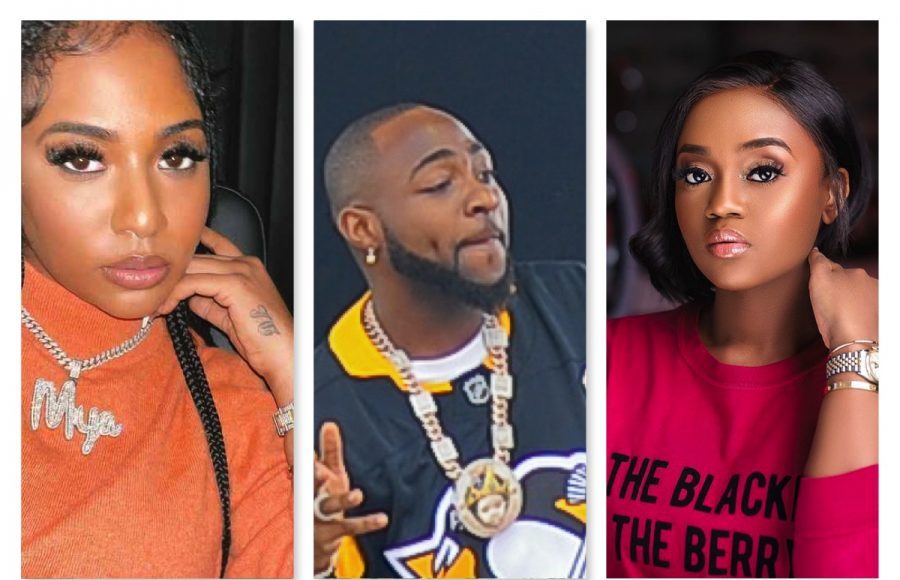 Nigerian singer Davido appears to have turned fiancee Chioma into another Baby Mama, after being spotted since December with American model, Mya Yafai.

Davido and Chioma, after a family introduction in September 2019, were expected to get married last year, but the plan was upended by the COVID-19 pandemic.

The singer in an interview said the wedding would happen this year.

But various reports said the ceremony may not happen again, as Davido’s heart appeared glued with Yafai.

The model was in Nigeria late last year to spend Christmas and New Year with Davido.

Both lovebirds even journeyed to Accra Ghana, as part of their unforgettable rendezvous.

Davido new girlfriend Yafai testified that she enjoyed herself as she wrote on Instagram: “I Love you Africa”.

A video on her Instagram page froze some of her experiences, including a boat cruise on the Lagoon.

On Saturday night, Davido and Chioma were trending on Twitter Nigeria.

And what spurred the buzz was news that Davido and Yafai have escaped to Sint Maarten, a small island in the Caribbean, that is part of the Kingdom of Netherlands for vacation.

Davido on the trip to Sint Marten

Davido posted a photo on 26 February in a private jet indicating he was on his way to the idyllic island, known for lagoons, beaches and salt pans. The capital, Philipsburg, has cobblestone streets and coloUrful, colonial-style buildings lining its Front Street shopping area, according to Wikipedia

Twitter commenters were stunned that Davido could abandon Chioma, after all those talks and songs of ‘assurance’, ‘Chioma my lover’.

Some of the comments: