Home News Fuel Scarcity in Nigeria: Petrol To Sell For N230 Per Litre In... 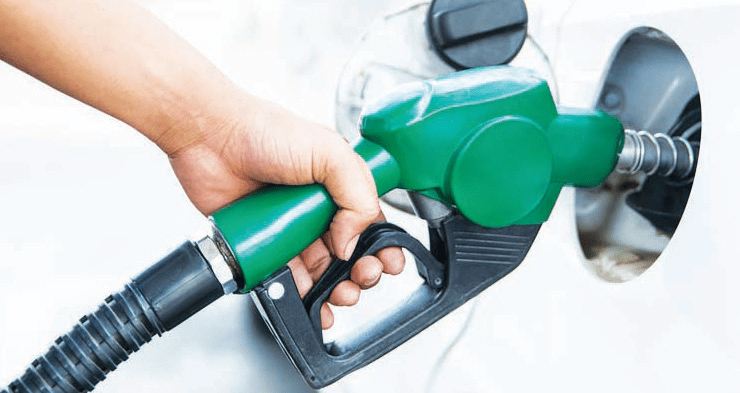 Premium Motor Spirit (PMS) also known as petrol is to sell for as much as N230 per litre in March, fuel marketers declared yesterday.

This came as panic buying and fuel hoarding rocked many filling stations in Lagos and Abuja, making queues to resurface in the two cities.

The Nigerian National Petroleum Corporation (NNPC) ended fuel subsidy in March 2020, exactly one year ago today. Though the corporation embargoed hike in prices of petroleum products in February, the market is tensed based on expectation and speculations of higher prices beginning from today, March 1, 2021.

Speaking to New Telegraph yesterday, National Operations Controller, Independent Petroleum Marketers Association of Nigeria (IPMAN), Mike Osatuyi, declared that the whole nation had “crossed the bridge” and that there was no hiding place for hike in fuel price.

According to him, “I have just returned from a meeting in Abuja. What I have observed is that many stations have closed down and there are queues in many places in both Lagos and Abuja.” Nigeria, according to Osatuyi, has “crossed the bridge, there is no hiding place, the N1.2 trillion, which was hitherto an annual spending on subsidy, will be borne by the market.

“As it is, the prices of crude oil have gone up to $67 per barrel and, with this, the price of PMS will be between N220 per litre and N230 per litre. I was told by someone that the Group Managing Director of NNPC told them that the official price is likely to be N206 per litre.

“As it is now, all the stations that have shut down their gates must have heard information before they took that action. I want us all to wait by tomorrow we will all see clearly what will happen.

“There has been annual spending of N1.2 trillion on fuel subsidy and now that the subsidy has said to be abolished, that money must come from somewhere.

The money must be coming from somewhere. “NNPC is not an NGO (non-governmental organisation), there is no budgetary provision for subsidy again and instead of wasting it on subsidy, it  should be deployed to other sectors.”

“The government can do free conversion of vehicle from fuel to gas. This should be done to help Nigerians who will definitely be affected by this fuel price hike.”

Fuel Scarcity in Nigeria: Lagos and Ogun states shut their gates against motorists

The same applied to all independent stations between Toll Gate and Abule Egba, along Lagos – Abeokuta Expressway. Queues were noticed at the NNPC retail station along Ekoro road, which was the only station dispensing fuel on that axis yesterday afternoon.

The IPMAN has advised Nigerians to stop panic buying and stocking of PMS, popularly known as petrol. Speaking on the long fuel queues recorded at some filling stations in Abuja, Alhaji Suleiman Yakubu, the National Public Relations Officer of IPMAN, decried the panic purchases and long queues  witnessed in various filling stations across the nation’s federal capital.

Yakubu, however, said that crude oil price has gone up and it has affected the price of products. He assured Nigerians that normal supply of petroleum products would soon be restored since loading have commenced at various deports.

“We want to assure the buyers that government and marketers are doing everything possible to ensure that the products are available in every filling station within a few days starting from today (Sunday),” said the IPMAN spokesman.

But some motorists, who expressed disappointment over the development, urged filling stations that had fuel to sell. The NNPC had, last Thursday, demanded stiff penalty for fuel marketers, who have engaged in hoarding to create “artificial scarcity.”

The corporation, which also said that it had, in spite of the rise in the price of crude oil in the international market, ruled out any increment in the ex-depot price of petrol in February 2021, raised the red flag on hoarding by some marketers.

NNPC explained that the decision was to allow ongoing engagements with organized labour and other stakeholders on an acceptable framework that will not expose the ordinary Nigerian to any hardship, to be concluded