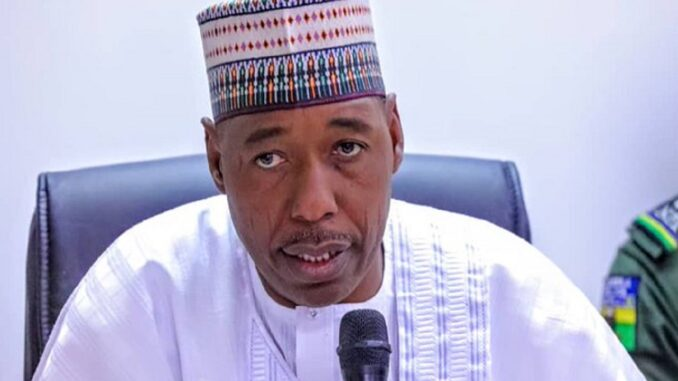 The Governor of Borno State, Babagana Zulum, has said the concept of deradicalisation of Boko Haram terrorists otherwise known as Safe Corridor is not working as expected.

Zulum said this while delivering his speech at the North-East Governors’ Forum meeting which held today at the Banquet Hall, Government House, Bauchi State.

Present at the meeting are Governors of Borno, Adamawa, Gombe and Bauchi, while Taraba and Yobe states were represented by their deputies.

According to Zulum, those who have passed through the deradicalisation initiative often go back to rejoin the terror group after they have spied on their host communities who often resent their presence.

He said, “Your Excellencies, another aspect of the war against the insurgency that needs to be urgently reviewed or modified, is the issue of deradicalisation of Boko Haram terrorists, who have been captured or have willingly surrendered themselves to the authorities.

“It has been confirmed that the concept of de-radicalization or Safe Corridor is not working as expected. Quite often, those who have passed through the Safe Corridor Initiative, or have been de-radicalized, usually go back and rejoin the terror group after carefully studying the various security arrangements in their host communities, during the reintegration process.