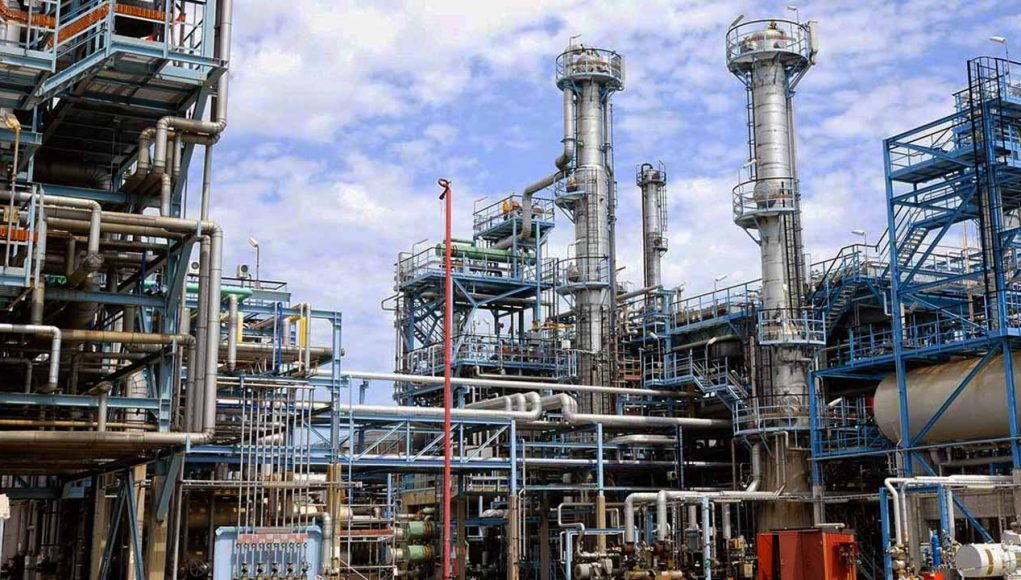 The whopping sum of $26.5b, which the Federal Government has so far spent on the maintenance of its loss-making 445, 000 barrels/day capacity refineries, is capable of building three new refineries of the same size going by the cost analysis of refinery projects across the world.

Besides, the latest approval granted by President Muhammadu Buhari, who is also the Minister of Petroleum Resources for the rehabilitation of the 210, 000 barrels per day Port Harcourt Refinery is higher than the total capital allocation to the health sector by successive governments from 2009 to 2018.

Costing close to the $2b proposed refinery expected to be built in Katsina, Nigeria’s spending on refinery maintenance is, in fact, three times higher than the entire budgetary allocation to education between 2009 and 2018.

The Federal Executive Council (FEC), presided over by Buhari, last week approved the sum of $1.5b (about N575b), for immediate commencement of rehabilitation works on the largest refining company in the country, the 32-year-old Port Harcourt Refinery.

The Minister of State for Petroleum Resources, Chief Timipre Sylva, explained thereafter that contract for the rehabilitation was awarded to Italian firm, Tecnimont SPA, and would be executed in three phases. The first phase is expected to be completed within 28 months, Sylva said, adding that the second and third phases would be completed in 24 and 44 months respectively.

Nigeria has three refineries located in Kaduna, Port Harcourt and Warri. These assets’ installed capacity of 445, 000 bpd plummeted over the years until the facility got obsolete and currently processes zero crude, while recording massive losses.

The $1.5b approved last week for the TAM thus pushed the hitherto $25b for the same purpose to $26.5 billion. The previous figure was never refuted by the government.

Buried in corruption with series of probes at the National Assembly indicting public officials for misappropriating funds meant for TAM, documents on the financial details of previous maintenance exercises, especially since the military regime have been scanty.

A close look at some refinery projects across the world show that the country would have built about three efficient refineries if funds spent on TAM were used for the construction of new refineries, instead of continuously maintaining existing refineries, which were performing poorly despite several attempts to revive them.

The Pacifico Eloy Alfaro Refinery and Petrochemical Complex (Pacific Refinery) being constructed at El Aromo, Manta, in the province of Manabi, Ecuador is a 500, 000 barrels per day (bpd) facility, and was built for $12b. Dangote Refinery, a 650, 000 (bpd) integrated refinery and petrochemical facility is being constructed for about $15b. Kuwait is also building Al Zour Oil Refinery for $16b. The capacity of the refinery is 615,000 bpd.

The Kaduna Refinery has a nameplate refining capacity of 110, 000 barrels per day. If a similar facility were to be built in the area, it would cost less than $8b. The three refineries would therefore cost only about $24b.

Indeed, President Buhari had in 2018, signed a Memorandum of Understanding (MoU) with his counterpart from the Republic of Niger, Mahamadou Issoufou for the construction of oil pipelines, and a 150, 000 bpd capacity refinery, expected to be sited in Katsina State, and expected to receive crude oil through the pipelines from Niger’s oilfields in the Ténéré desert. The cost of the refinery and the pipeline were valued at about $2bn.

While Nigeria spends $1b yearly on health tourism as the nation’s health sector remains in a shambles, the current $15b maintenance cost for the Port Harcourt Refinery is higher than budgetary allocations to health projects by over N100b.

The education sector is in decline, with the country accounting for the highest number of about 23, 000 lecturers that depart the continent yearly.

It would also be recalled that that NNPC had reported in its monthly financial statement that about N1.47t was spent on the four refineries, between 2015 and N2020.

A professor of Economics, Segun Ajibola said while a lot of resources have been diverted to the TAM of the refineries, there results have never been commensurate.

He blamed the situation on poor implementation, mismanagement and lack of accountability on the part of government owned institutions.

“With the approval of $1.5b to rehabilitate the refinery, one can still hope that the government is trying to enhance the value of Port Harcourt Refinery in readiness for either full privatisation, or outright sale,” Ajibola said.

The scholar insisted that the rehabilitation could be another sordid tale in years to come if the refinery returns to the traditional operational mode (operating through public ownership and management template).

Like Ajibola, other energy experts and civil society organisations do not not welcome government’s move to revamp the asset, given that since the administration came on board, it has repeatedly stated that no government funding would be spent on the asset.

In separate interviews, stakeholders express discomfort with the idea, as well as the amount budgeted for the exercise.

The Group Chairman/CEO, ‎International Energy Services Limited, Dr. Diran Fawibe, noted that without a comprehensive rehabilitation and audit, the amount would be as good as a waste, considering the fact that the facility has failed to perform after years of maintenance.

Fawibe, a former management staff of the NNPC, warned that without proper rehabilitation and auditing of the entire facility to ensure that the liability of the facility remains very minimal, the fund could end up on the same path as the previous amounts released.

According to him, the contractor must be held by the throat for a guarantee of performance, as well as years of defect liability period, with extra spare parts at no additional cost, should the facility develop a problem after being rehabilitated.

An energy expert, Henry Adigun, does not see any sense in spending $1.5b to fix a refinery, stating that it was unfortunate for the government to resort to the option after promising to allow the private sector to run the facility on BOT.

“Where is the money going to come from? Turn around for what? What is the context? Adigun asked, adding that the move by the government was most unfortunate.

For the Director of the Centre for Democracy and Development (CDD), Idayat Hassan, Nigeria must build new refineries instead of pumping money into dead facilities, stressing that rehabilitating the Port Harcourt refinery with $1.5b was totally a misplaced priority.

“If we do a cost analysis, we should be able to see how much more we need for a new refinery. It is becoming counterproductive to try to continue to rehabilitate what is failing,” Hassan said.

“That contract is too much. You don’t need that amount of money to turn around a refinery anywhere in the world. I prefer that we build a new one,” energy expert, Madaki Ameh added.