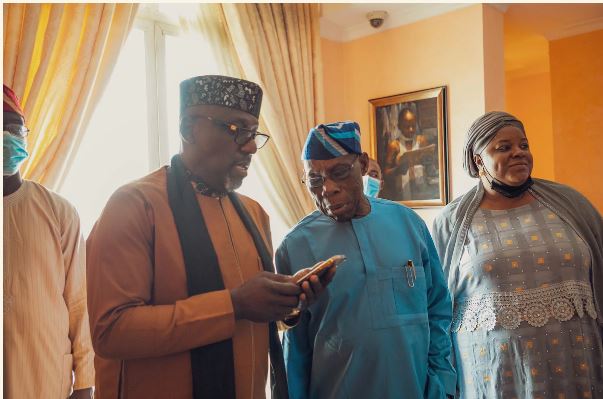 Former governor of Imo state, Rochas Okorocha, has told a former chairman of South-East Council of Traditional Rulers, Eze Cletus Ilomuanya that he does not regret sacking him as a traditional ruler.

Okorocha told him this when Ilomuanya challenged him at the Sam Mbakwe International Cargo Airport, Owerri, on Sunday, March 28.

Punch reports that the traditional ruler on sighting Okorocha accused him of being the cause of his present-day predicaments. This prompted Okorocha to respond.

In fact, the former governor who now represents Imo West at the Senate said he would repeat his actions if he was still a governor.

Meanwhile, a former aide to Okorocha said contrary to speculations in many quarters, the monarch didn’t use his walking stick on the ex-governor.

Speaking on the incident, Okorocha’s spokesperson, Sam Onwuemeodo, warned politicians, who he said, were looking for favour from the state government, to stop dropping the name of the former governor.

In another report, rochas Okorocha disclosed that the security crisis in the country has reached a stage where the federal government is helpless.

Okorocha made this disclosure on Sunday, March 7, in an interview in Abuja, with the former governor adding that the Muhammadu Buhari-led government is confused on how to put a stop to the spreading wildfire.

The lawmaker, who noted that security is a “major challenge” in Nigeria, further maintained that it is “as a result of accumulative issues” which the government ignored in the past.

Meanwhile, he submitted that the escalation of the EndSARS protest into violence and wanton destruction of properties is because of “unfair leadership for a long time.”

Addressing newsmen in Abuja on Friday, October 23, he noted that the government has been “selfish in handling the affairs of this country.”

While noting that the protest is a wakeup call to the Nigerian leaders, the senior lawmaker stated that people in the position of authority must rise to their responsibilities to ensure that such future occurrences never happen again.