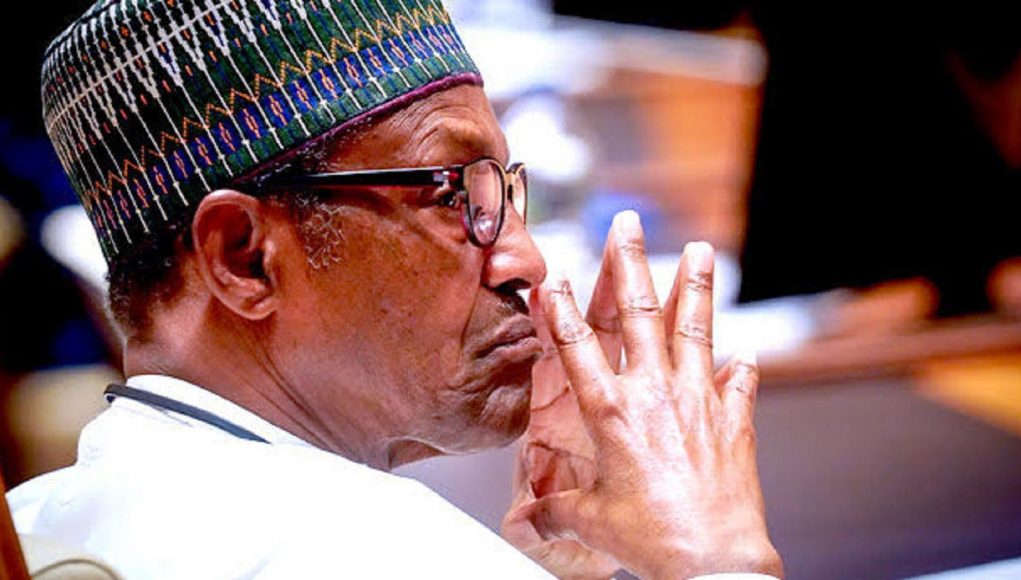 Some Nigerians have demanded that President Muhammadu Buhari transmits power properly to his Vice, Prof. Yemi Osinbajo before embarking on his London medical trip on Tuesday.

Buhari will depart Nigeria today for a routine medical checkup in London, the United Kingdom, according to the Presidency.

However, nothing was said about the President transmitting power to his Vice, Professor Yemi Osinbajo, as the constitution requires.

Buhari will spend a minimum of two weeks in the United Kingdom, carrying out what his aides described as “routine medical checkup.”

And the statement released by Femi Adesina only said that President Muhammadu Buhari will meet the service chiefs shortly before flying out. No mention was made of the Vice President.

Hand over to the VP President Muhammadu Buhari

Some Nigerians on social media expressed concerns over this decision, wondering if the President does not trust his VP or is afraid that Osinbajo may do better in two weeks.

Others feel he should hand over to the Vice President, go to London and stay there forever.

@NosaAguebor, “Just to confirm — did he transit an instrument identifying who will act for him in his absence or he is going to be working remotely during the period?”

@Duruken, “What will he be telling the security chiefs… like; ‘I take Allah beg una, please don’t let what happened to me in 1984 happen to me again.’

@Eric75883834, “Why meeting with security chiefs? Instead transferring power to the vice President. He has started what he did last time, refusing to transfer power to the Vice President until senate refused him.”

@von_Bismark, “He’s not even useful here. He can stay until he wants to come and visit us. No one cares. ‘He should kuku go with all these bandits.’”

@i am_davidoluwole, “Did he relinquish power to his Vice? Cos two weeks is enough time for the country to burn down due to the insecurity. Meeting with the Security chief isn’t just the goal, give power to the Vice so he can take decisions on your behalf when things are out of control.”

@Boxypiper, “President Muhammadu Buhari should inform NASS officially and hand over power to Mr V.P while he’s away.”